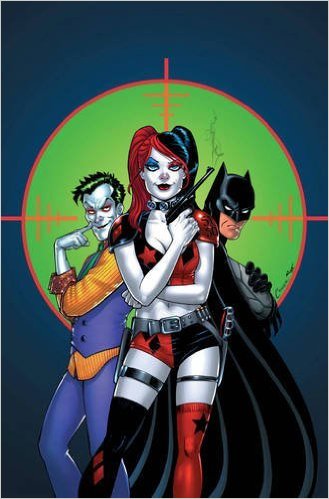 I can’t state enough how much of a pivotal book this is when it comes to the history of Harley Quinn. Since her inception in Batman: The Animated Series, she’s always been known as “The Joker’s girlfriend,” a supporting character of sorts. When Amanda Conner and Jimmy Palmiotti launched her solo series as part of The New 52 back in 2013, they took her in bold new directions, effectively making her the deserving star of the show. The Joker’s Last Laugh is where she truly frees herself from the grasp of the Clown Prince of Crime and demands the attention of readers everywhere – especially meme makers who somehow still believe Joker and Harley drafted the blueprint for a successful relationship.

Another creator who has been there since this run began is that of Chad Hardin, who thankfully returns to illustrate much of this particular volume. He captures the varying moments of levity, mayhem and tenderness as good as ever. I encourage you to savor every nuance and to really pay attention to each panel; you may discover something new upon subsequent re-reads.

Our journey begins as Harley returns home from LA, only to find that a cybernetically reanimated Zena Bendemova has put a price on her head. If that weren’t enough, SyBorg is now missing and her boyfriend, Mason Macabre, is (literally) fighting for his life in prison. The Gang of Harleys, who still had a unified color scheme at the time, are ever ready to help. Expect to find several laugh out loud moments in the midst of all the chaos.

The situation with Zena quickly resolves itself in a much unexpected – and hilarious – manner. Most unfortunate for Harley, however, Mason soon finds himself transferred to Arkham Asylum. After unsuccessfully trying to go the diplomatic route, Harley must break into her former place of work to spring him – alone.

All of the events described above meticulously lead up to Harley’s main event confrontation with The Joker, a culmination of a quarter century-long ordeal consisting of abuse and manipulation. Handled with much care by Conner and Palmiotti, the scene plays out perfectly with Harley effectively walking away from Joker after kicking his ass. 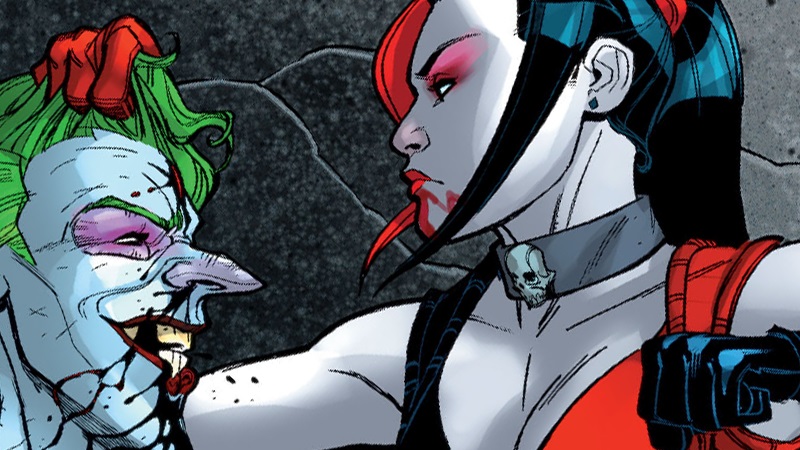 The strides Harley’s character has taken in the past few years have been astronomical and this may very well be the most significant. A far cry from “#relationshipgoals,” anyone who refuses to read this because her hair color and costume are different is the real punchline. Harley Quinn has consistently been one of DC’s best books and there’s a very good reason why I referred to it as their safest bet on the latest podcast: You know you’re getting a solid effort with each purchase. Needless to say, this creative team has yet to let me down.

Also included is the one-shot that was exclusive to Loot Crate for its original print, Be Careful What You Wish For. In it, we are introduced to Jimm Salabim, a genie who grants Harley many wishes – all of which go awry – and you won’t want to miss it. We also get a rare treat as Conner provides interior art for much of this chapter. I just feel this tale should have been placed at the beginning of this volume because seeing Harley wish to be in a relationship with a caring Joker felt oddly placed after what we just read. At least the dentist office scene he shared with Batman and Jim Gordon was absolute dynamite.

Regardless of whether or not you have been reading this series up to this point, The Joker’s Last Laugh is a must own for any fan of Harley Quinn.