You may already know that the Mad Hatter, portrayed by The Walking Dead‘s Benedict Samuel, will join the roster of Gotham villains during Season 3, this Fall.  Furthermore, the Hatter’s beloved Alice has also been cast, and will be portrayed by actress Naian Gonzalez Norvind.

However, instead of Alice embodying the concept of a childhood sweetheart or being represented merely by an assortment of female victims that the Hatter refers to and addresses as Alice, she instead is the Hatter’s long lost sister whom he desperately seeks to find; regardless, we’ve yet to see how his search manifests itself in the form of his tea-centric criminality.

Here’s what Variety had to say about the Tetch siblings, Alice and Jervis:

Set to debut in the third episode of Season 3, Alice was born with a powerful ability that she cannot control — an ability her brother believes is a gift, but that she has always seen as a curse. As such, she has spent much of her life alone, running from her brother — who will stop at nothing to be reunited in hopes of unleashing her gift on the world.

We know that siblings don’t always get along and are sometimes separated by disagreements.  Yet, what in particular is Alice’s biologically bestowed gift, why does she condemn it, and why does Jervis wish to utilize this gift?

Perhaps we will find out this Fall, when Gotham returns to Fox with its third season, beginning on Monday night, September 19th at 8/7c. 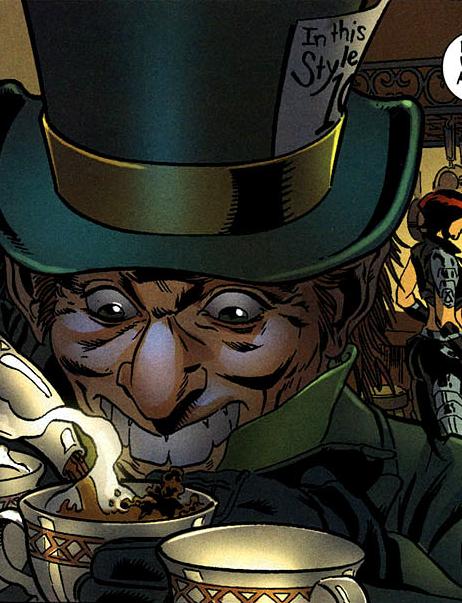