There’s no denying the influence that the movie has on this new relaunch of Suicide Squad. This is virtually the same team you’ll find in the film and they look very close to their on-screen counterparts. There are moments that almost play out as if it is a comic book adaptation of the movie. But I think this is actually the smart thing to do. More people will be reading this incarnation of Suicide Squad than have probably ever read the title before and they’re going to want to see the characters they’re used to. 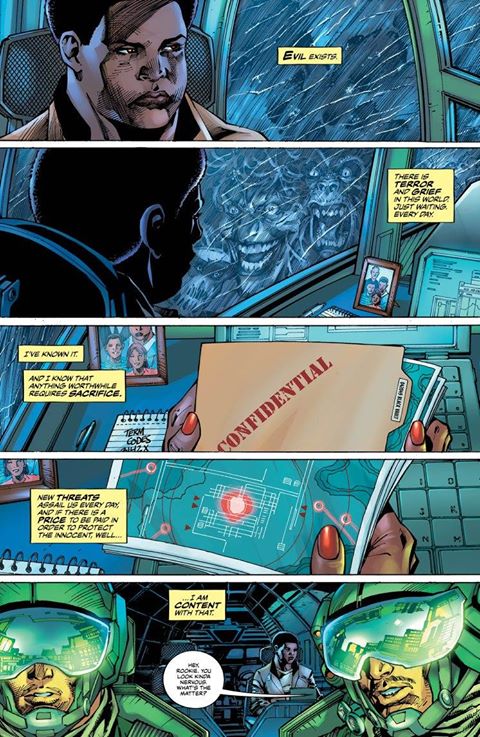 Luckily, the comic itself is very good. It’s funny, it’s sincere, the art is great. This is a Suicide Squad relaunch that’s easy to get on board with. There’s so much to like about it.

Let’s start with a pitch perfect version of Amanda Waller. She’s cold and cruel and in her opening narration is intimately aware of the fact that most guards in the prison fear her more than the inmates themselves. But she’s also darkly sarcastic, which is a trait I’ve always loved that various versions of her character sometimes tend to miss.

Once the action picks up with the Suicide Squad itself, there’s not really a singular focus on a particular character. Just about everyone gives a couple of good moments to give you a sense of who they are. One of the surprising things that actually excites me moving forward is that there’s not a ton of Deadshot in this issue (minus a backup story at the end). Given that he’s basically the protagonist of the movie, I thought that was an interesting direction to take.

He’s in the background in this first issue and it works. There’s even a great reference to Aliens when everyone’s sitting around, talking while they’re being rocketed through space, and Deadshot is just asleep. 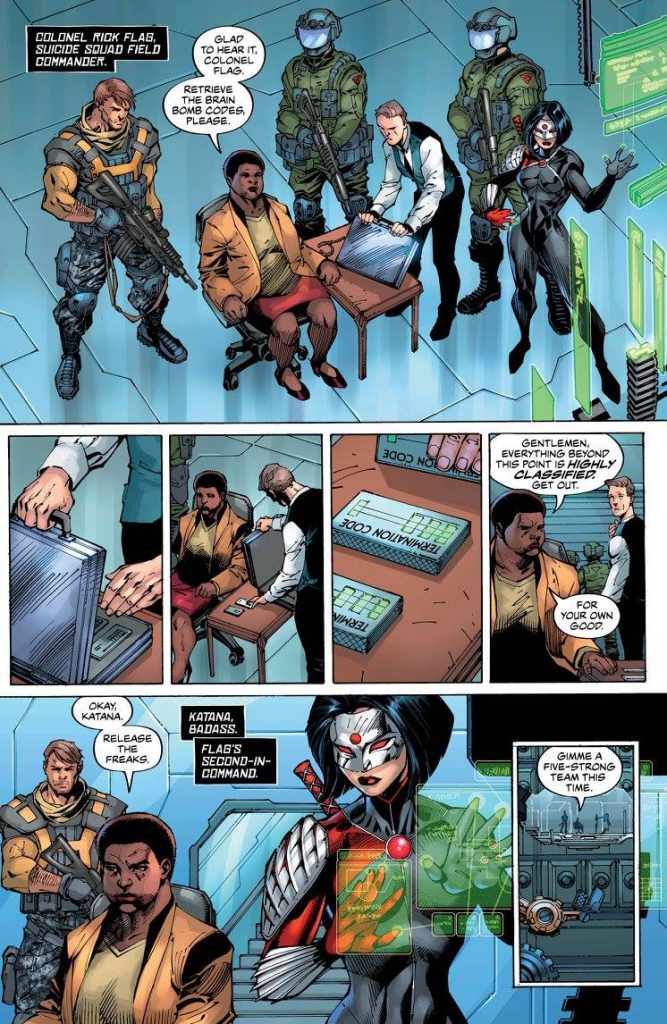 I’m interested in the addition of June Moon/Enchantress to the Suicide Squad and can’t wait to see how they handle her character. They could easily go in a similar direction to the movie, but I think it would be much more interesting and keep readers on their toes if they did something new with her character and her relationship to the squad.

The issue is a great jumping-on point for new readers. Rob Williams provides a great, intriguing, funny script and Jim Lee’s handling the art, so they’ve given this comic the best of the best. It works. I’m already so excited to find out what happens next, and there’s no better indicator of a good comic than that.