‘Gotham’ and ‘Lucifer’ Receive New Trailer, Plus Harley and Croc to Come to ‘Gotham’

Two Fox TV series, Gotham and Lucifer, have received a single trailer that announces their return to television this fall, on September 19.  A dramatic rendition of Beethoven’s moody “Moonlight Sonata” marks the trailer as a harbinger of the darkness and conflict to befall us this autumn; Gotham will commence Season 3, and Lucifer will start Season 2.

According to the trailer, we can anticipate “hell and high drama” in general, while we can also expect a disillusioned Jim Gordon, conflict between Penguin and the recently revived Fish Mooney, a recast Poison Ivy adorned in a green dress, and our favorite doctor, Hugo Strange, locked in a glass prison.  Unfortunately, we didn’t get to catch a glimpse of Jervis Tech, the Mad Hatter, who will appear at some point during Season 3.

Regardless, Gotham‘s EPs recently announced at the TCA Press Tour that both Harley Quinn and Killer Croc will come to Gotham — if not during Season 3, then “in times to come,” which we hope will be sooner rather than later; however, we should expect Gotham‘s iterations of these characters to be more prototypical than their versions portrayed in the Suicide Squad film.

Gotham‘s audience is more than familiar with “proto-versions” of characters, particularly because Gotham is an origins story, a prequel of sorts that aims to introduce and develop good guys, heroes, and villains alike.  Therefore, we won’t be surprised if the proto-Harley Quinn is merely a somewhat normal psychiatrist who wakes up, goes to work, and goes home — as opposed to a smiling, psychotic woman wielding a melee weapon and who harbors a penchant for homicidal clowns.

Fuel your excitement for the return of Gotham in its third season by reading this synopsis:

Season Three will peel back the curtain on the infamous criminal organization known as the Court of The Owls. With the Indian Hill escapees on the loose, JIM GORDON (Ben McKenzie) must take matters into his own hands as a bounty hunter in Gotham. He makes it his mission to find HUGO STRANGE (guest star BD Wong), the mastermind behind the horrifying Indian Hill experiments, and FISH MOONEY (guest star Jada Pinkett Smith), one of Strange’s subjects. Meanwhile, GCPD Detective HARVEY BULLOCK (Donal Logue) and Captain NATHANIEL BARNES (Michael Chiklis) remain at the forefront of the fight against crime in the monster-ridden city. Also, BRUCE WAYNE (David Mazouz), with the help of his trusted butler and mentor, ALFRED PENNYWORTH (Sean Pertwee), and former Wayne Enterprises employee, LUCIUS FOX (Chris Chalk), discovers there are still more secrets to uncover regarding his parents’ murders.

The synopsis for Lucifer‘s second season:

In Season Two, LUCIFER MORNINGSTAR (Tom Ellis) and his brother, AMENADIEL (DB Woodside), who have been sparring over Lucifer’s resistance to returning to the underworld, will now be brought back together for one common goal – to find their mother, CHARLOTTE (Tricia Helfer, “Battlestar Galactica”), who escaped Hell. After all, Lucifer doesn’t take after his dad, so the parent he does resemble is sure to be quite terrifying. Lucifer’s work with the LAPD also is upended when the police force hires ELLA LOPEZ (Aimee Garcia “The George Lopez Show”), a smart, tough forensic scientist whose mutual belief in both faith and science proves a point of interest to Lucifer. With mom on the loose, DR. LINDA MARTIN (Rachael Harris), who has become not only a therapist, but also a confidante to Lucifer, will surely have a lot of advice to dole out. And, by the time she’s done with them, she may need a therapist of her own.

Set your clocks and calendars for the return of Gotham and Lucifer to Fox, this Fall, 19 September 2016, starting at 8/7c. 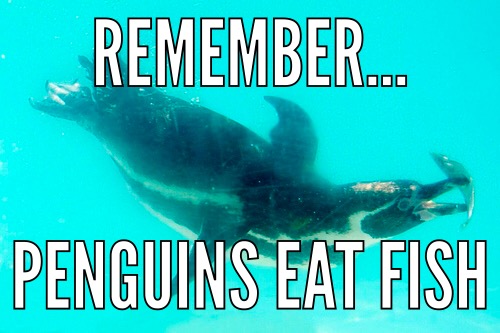