As the professional wrestler Taz used to say, “The mood is about to change.” I feel that quote complements where Batman #4 picks up rather well. It looks as though someone with superpowers has gone on a bloody tear, giving the story instant gravitas. As a reader, I felt like I could relate to Batman, who had been thrust into this scene of absolute carnage and couldn’t believe his eyes. If you’ve ever played Resident Evil 6, remember how you felt when beginning the introductory chapter.

With that, I will say the storytelling cohesion between Tom King and David Finch shines especially this week. As I intimated moments ago, you will get that impression from the powerful first page. Upon continuing my reading experience, I noticed that Finch’s renderings of Batman and Gotham City seem to be somewhat different than his previous work. It’s a nice touch that makes sense, allowing the Rebirth material to truly feel like a new era.

King’s master plan continues to become apparent, as we are not only left more breadcrumbs pertaining to the upcoming Monster Men crossover, but also stuff that will apparently pay off in the next major story arc that kicks off in October. He also continues to develop Duke Thomas in a bit of a slow burn not dissimilar to what we would see on a CW superhero show. It’s not a bad route to go as it’s something we don’t always see in comics.

But what this issue is really about is finding out Gotham isn’t all he’s cracked up to be. Batman tries to teach him that a hero must think and not rely on his physical attributes alone. Seriously, Bizarro has made better attempts at saving the day. Furthermore, I enjoyed seeing Batman as almost a force of nature in the memorable scene with Amanda Waller.

That said, Batman #4 is a compelling read that sees things go from bad to much worse. An elaborate twist is to be found that cements this arc as a “can’t miss.” 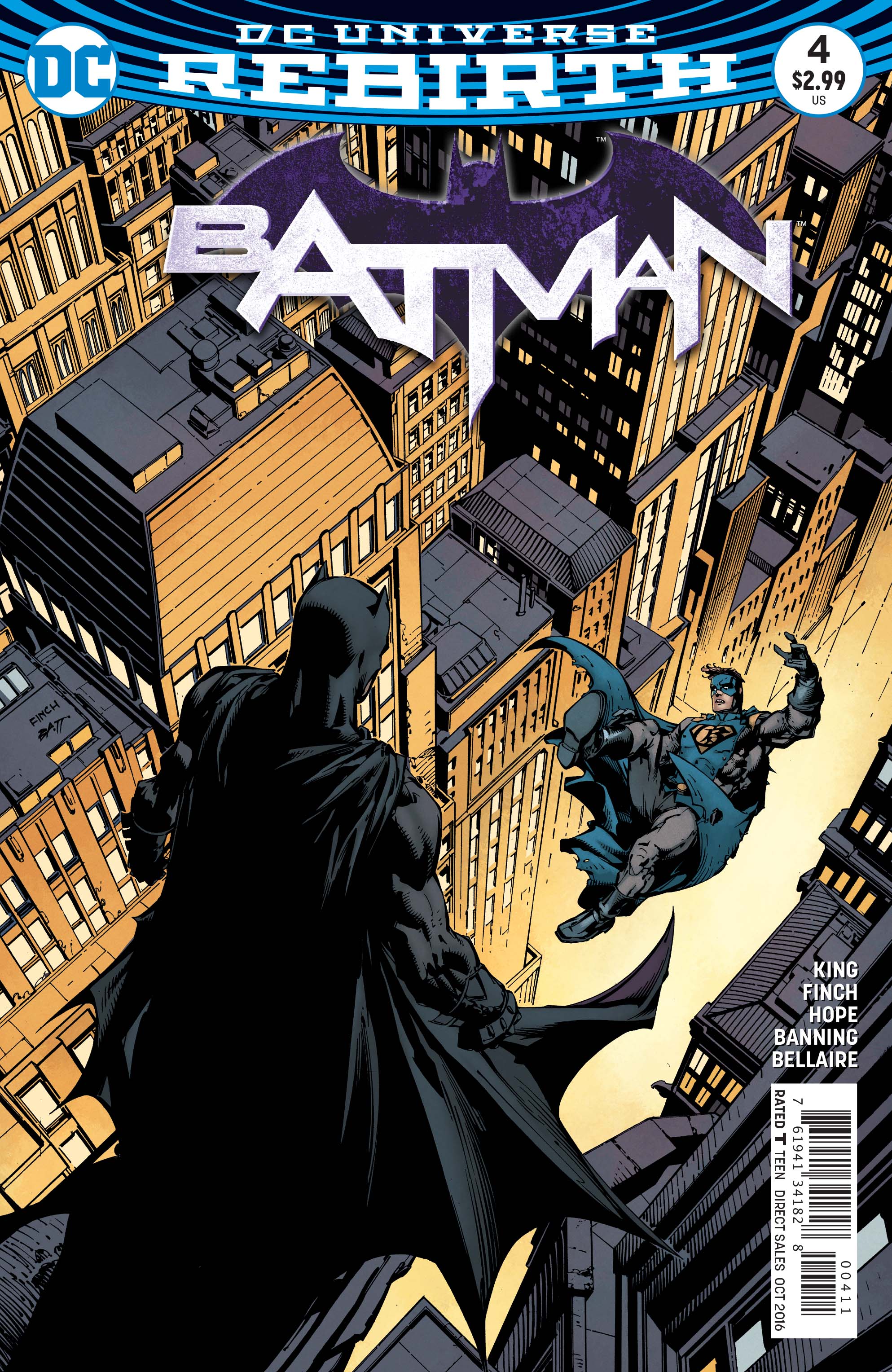 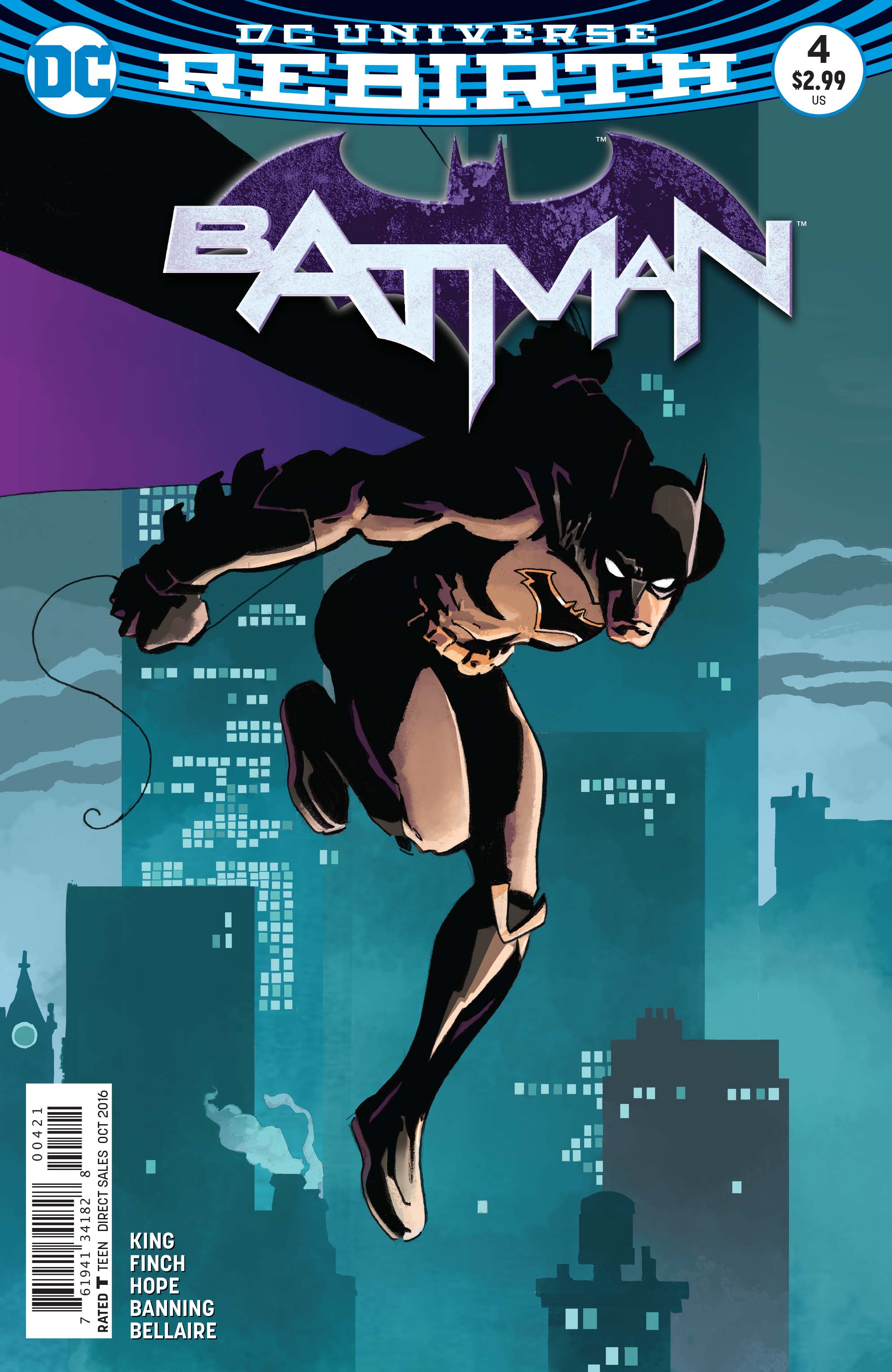 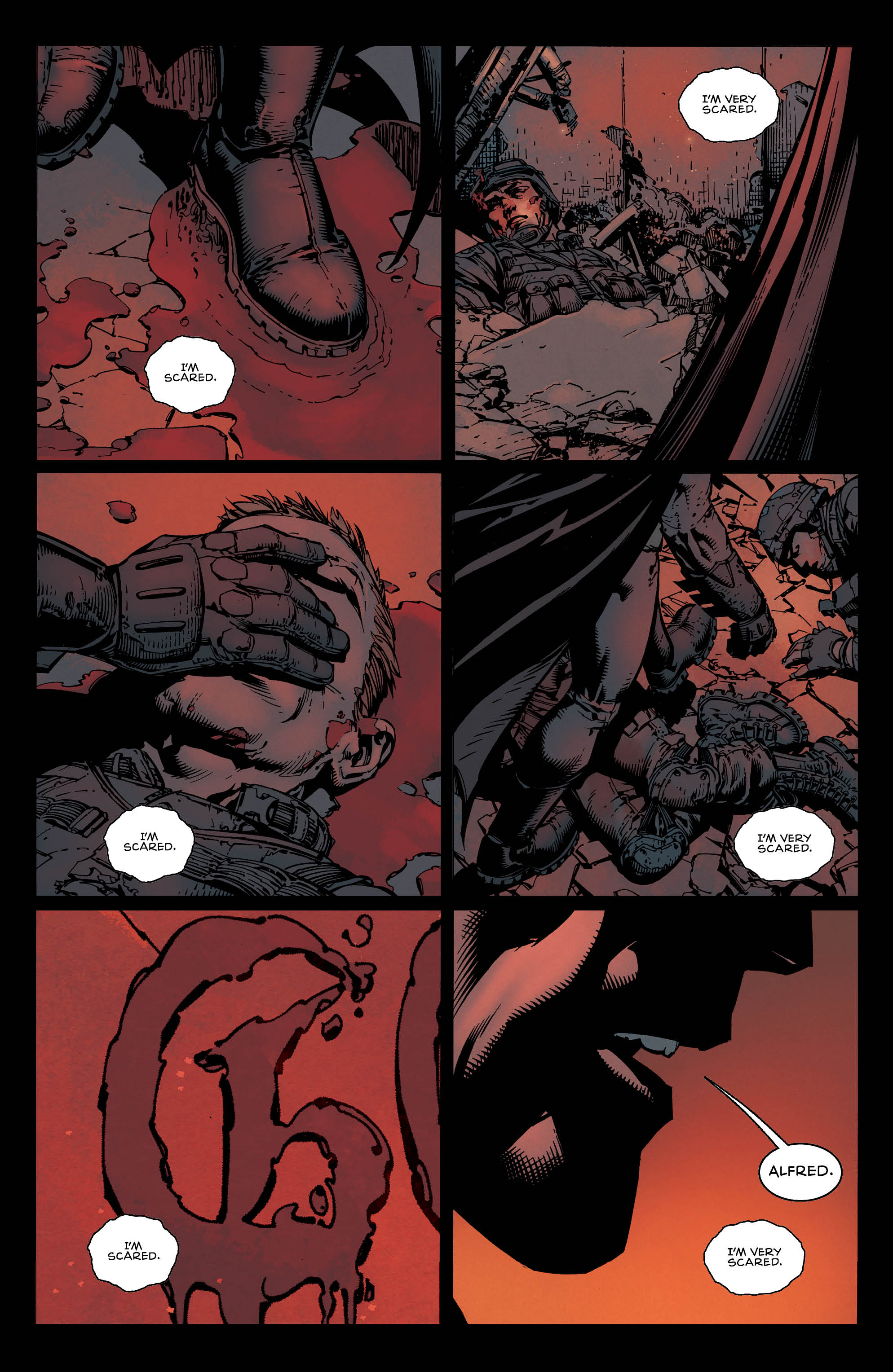 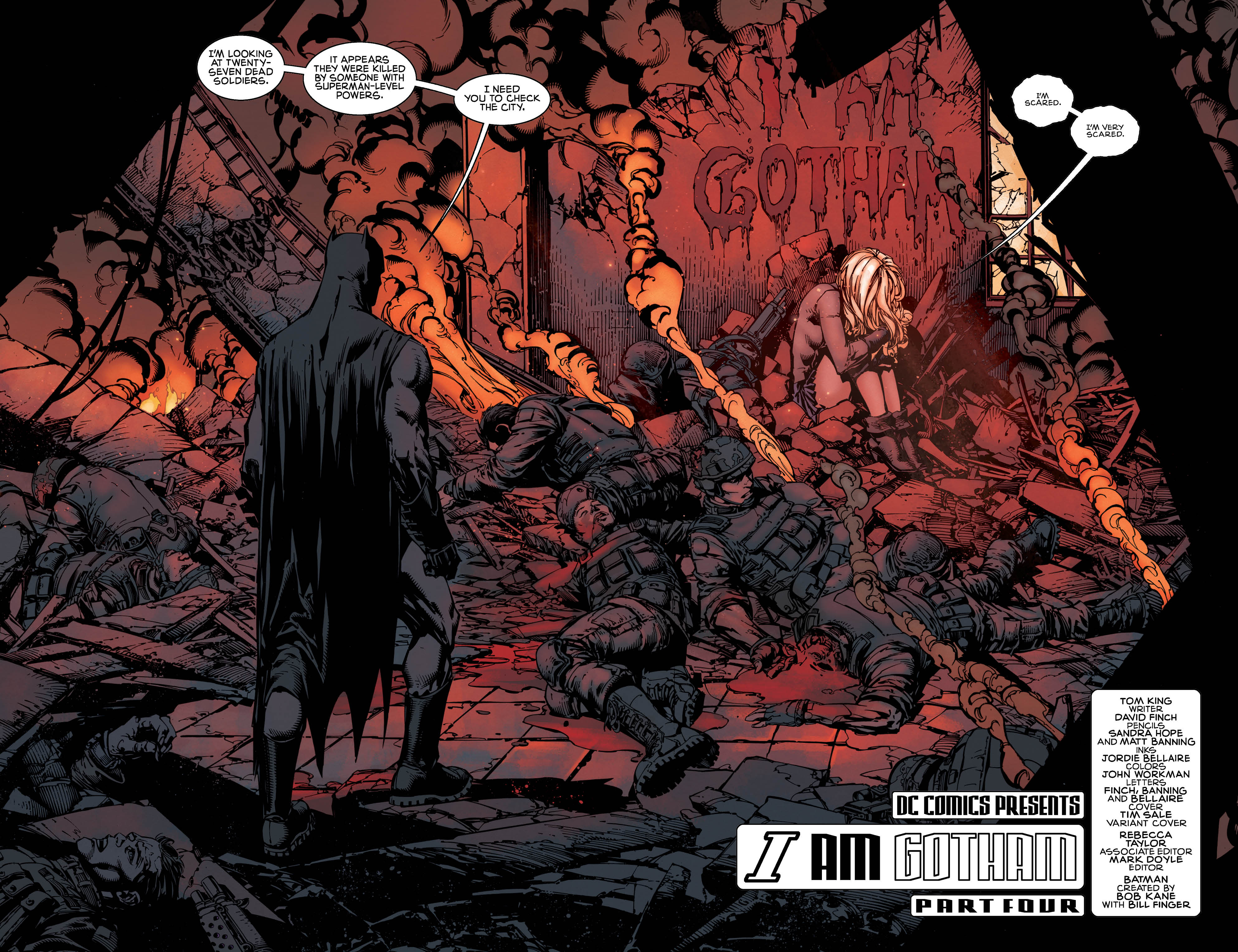 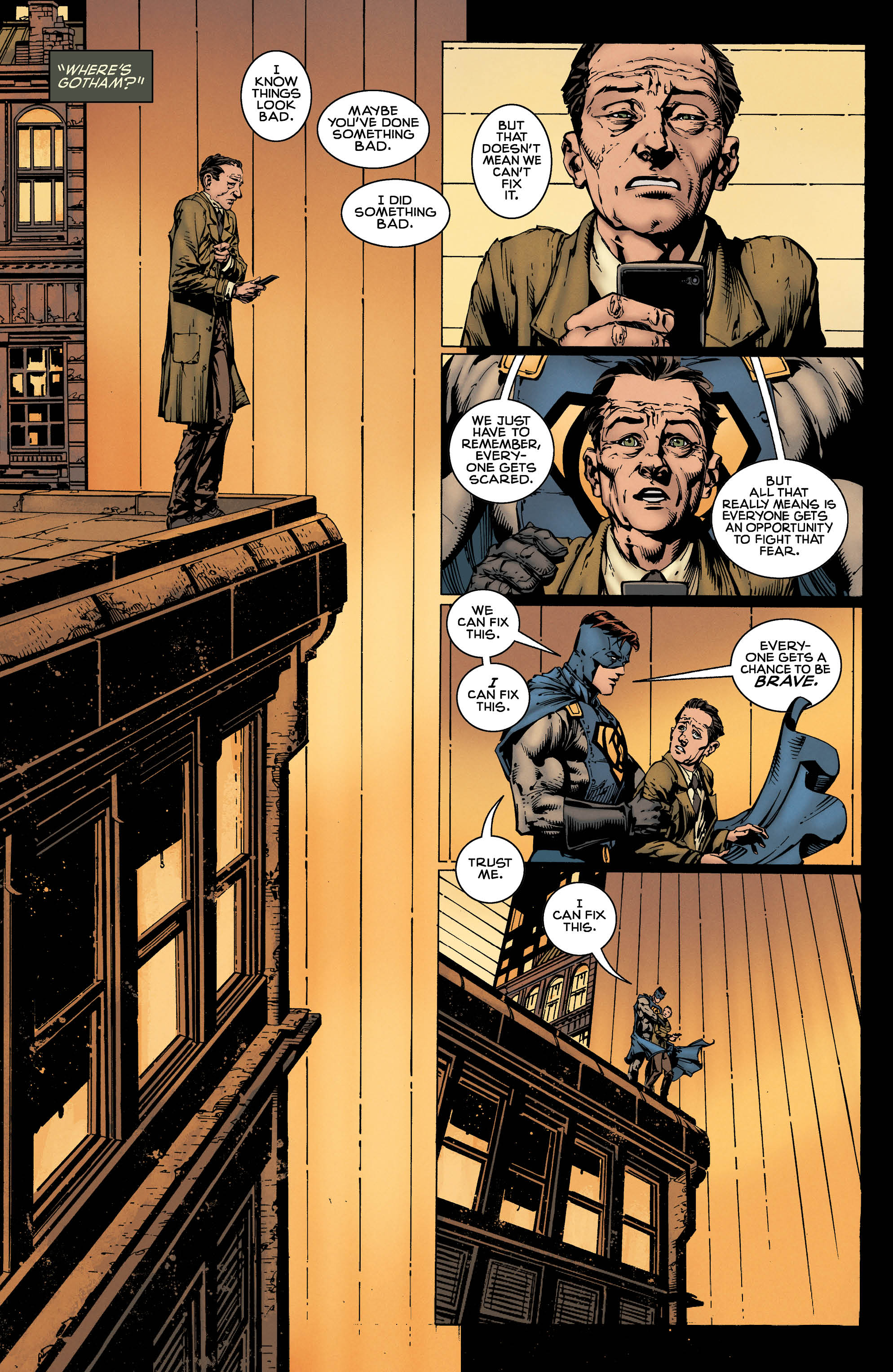 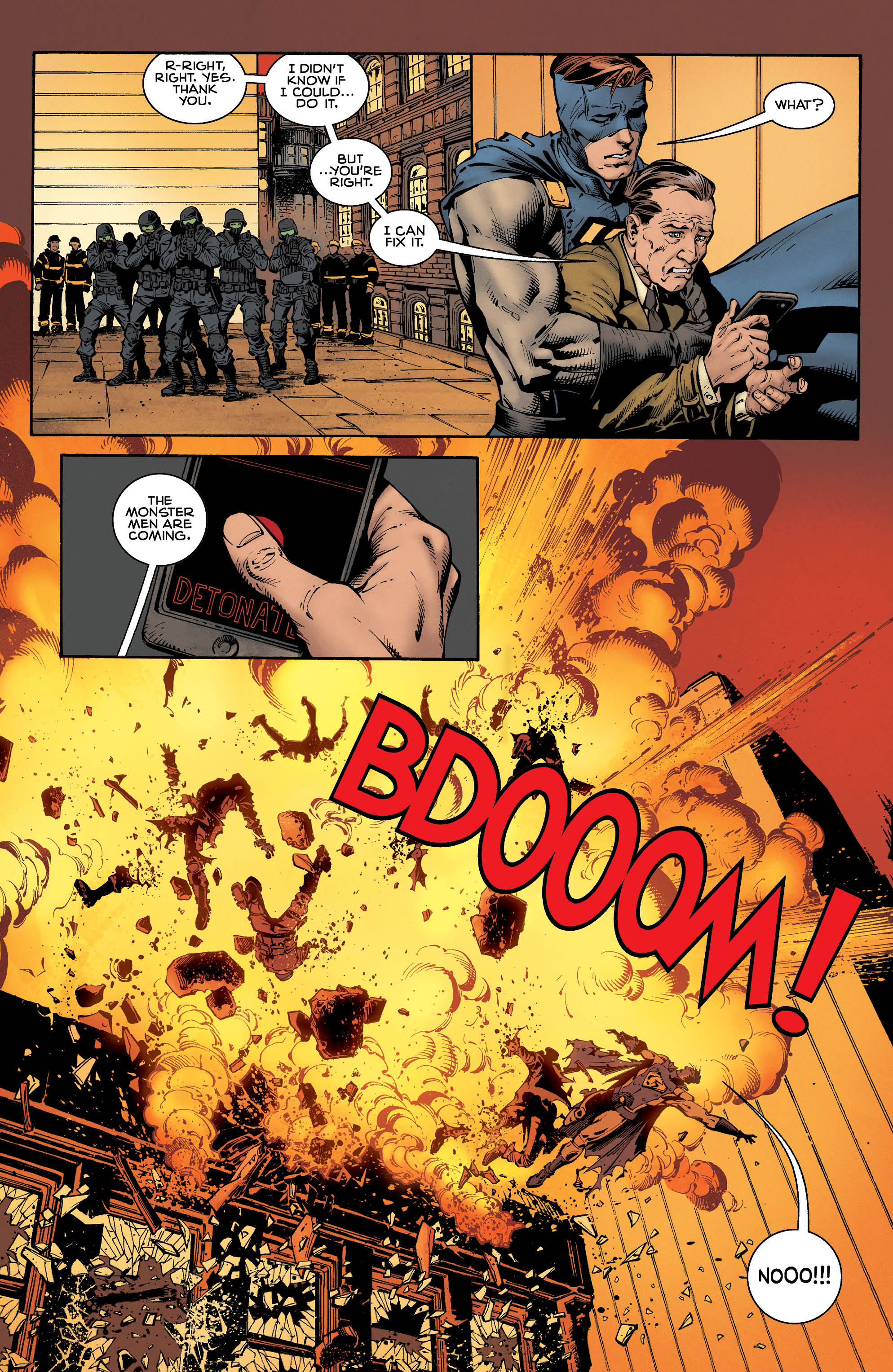