As if last month’s one-shot weren’t enough proof to let you know that this is one of the most important DC books to read, Titans #1 continues to follow the thread spinning out of DC Universe: Rebirth #1 that alluded someone tampered with the timeline. Dan Abnett must have an idea of how much responsibility is on his shoulders when taking on a writing assignment such as this, but it seems like the man is as cool as a cucumber because I found myself enjoying every moment of this finely written comic book.

Once you’re finished staring at Brett Booth’s awesome cover art, you will find that his interiors are equally as stunning. He has a real knack for catching superheroes in iconic poses and that’s on fully display here. Teamed with inker Norm Rapmund and colorist Andrew Dalhouse to form what is perhaps my second favorite Trinity behind Superman, Batman, and Wonder Woman, they create one of the most visually enthralling books of the Rebirth era.

Interestingly enough, we get another hint as to who messed with the timeline, but it’s entirely questionable if it was actually Dr. Manhattan. Omen spends a decent amount of the issue trying to glean memories from the mind of Wally West in an attempt to piece together the puzzle. This smoothly transitions to some scenes focusing on Linda Park, the love of Wally’s life, and you can’t help but hope those two find their way back to each other.

Something Abnett really nailed was evoking that old Teen Titans dynamic. Their camaraderie is the backbone of the book and much levity is injected, ensuring the reader has just as much fun as the heroes themselves. But not everything is fun and games as a familiar villain is unleashed in a scene that is, um, out of this world.

Although we’ve yet to see the debut of Benjamin Percy’s new Teen Titans series (due this September), Titans remains the frontrunner when it comes to claiming the title of DC’s best team-up book. 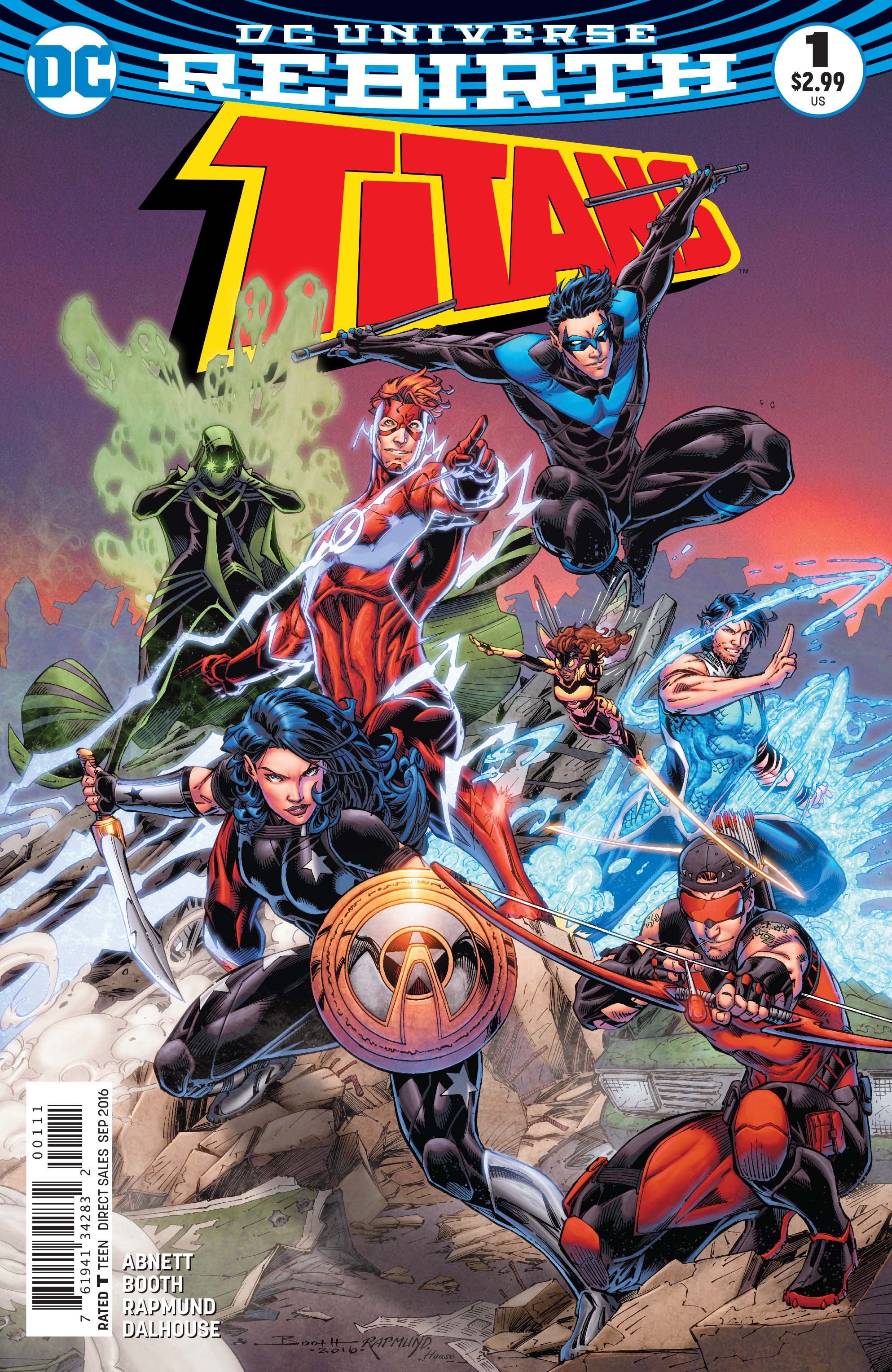 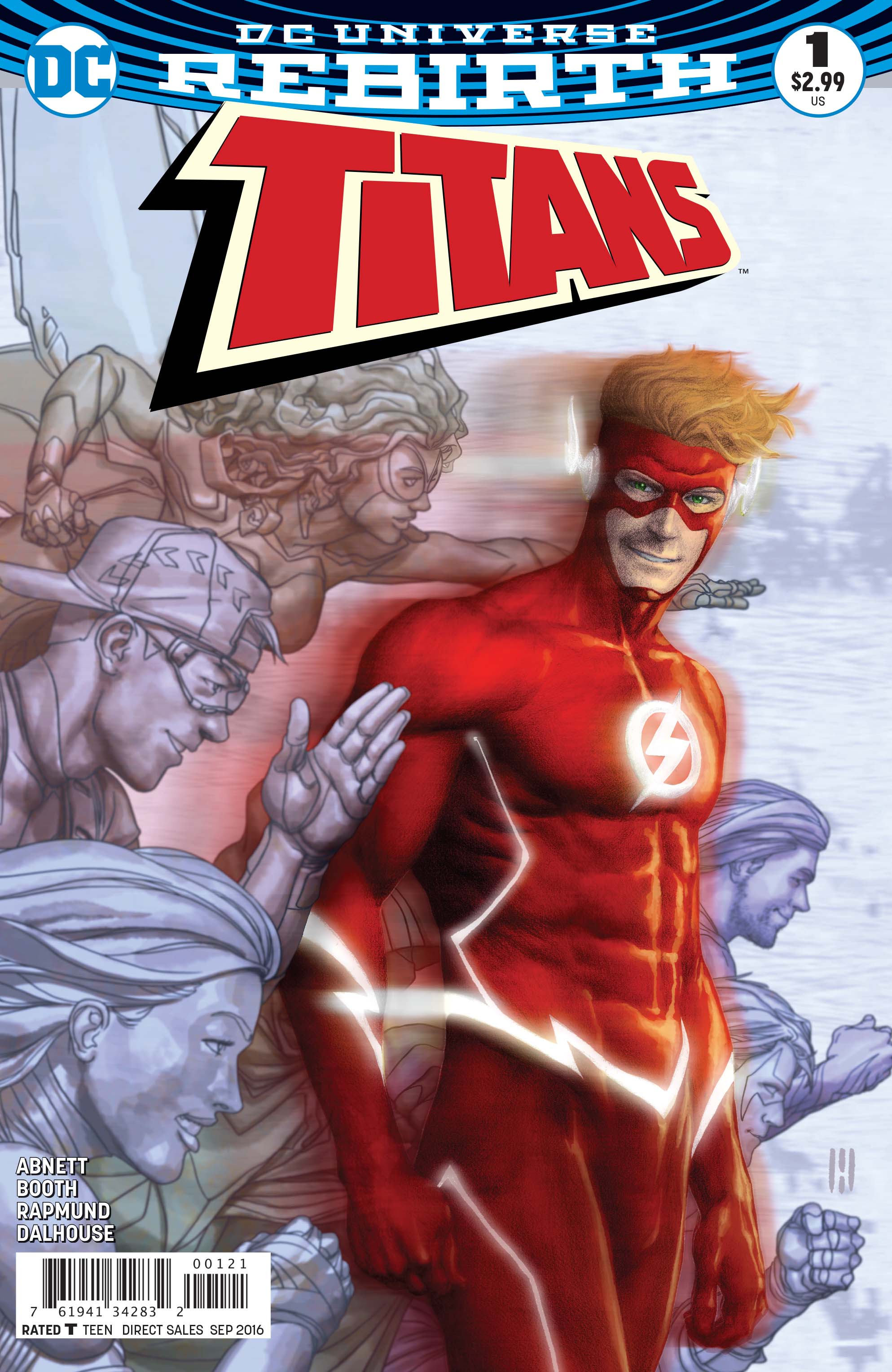 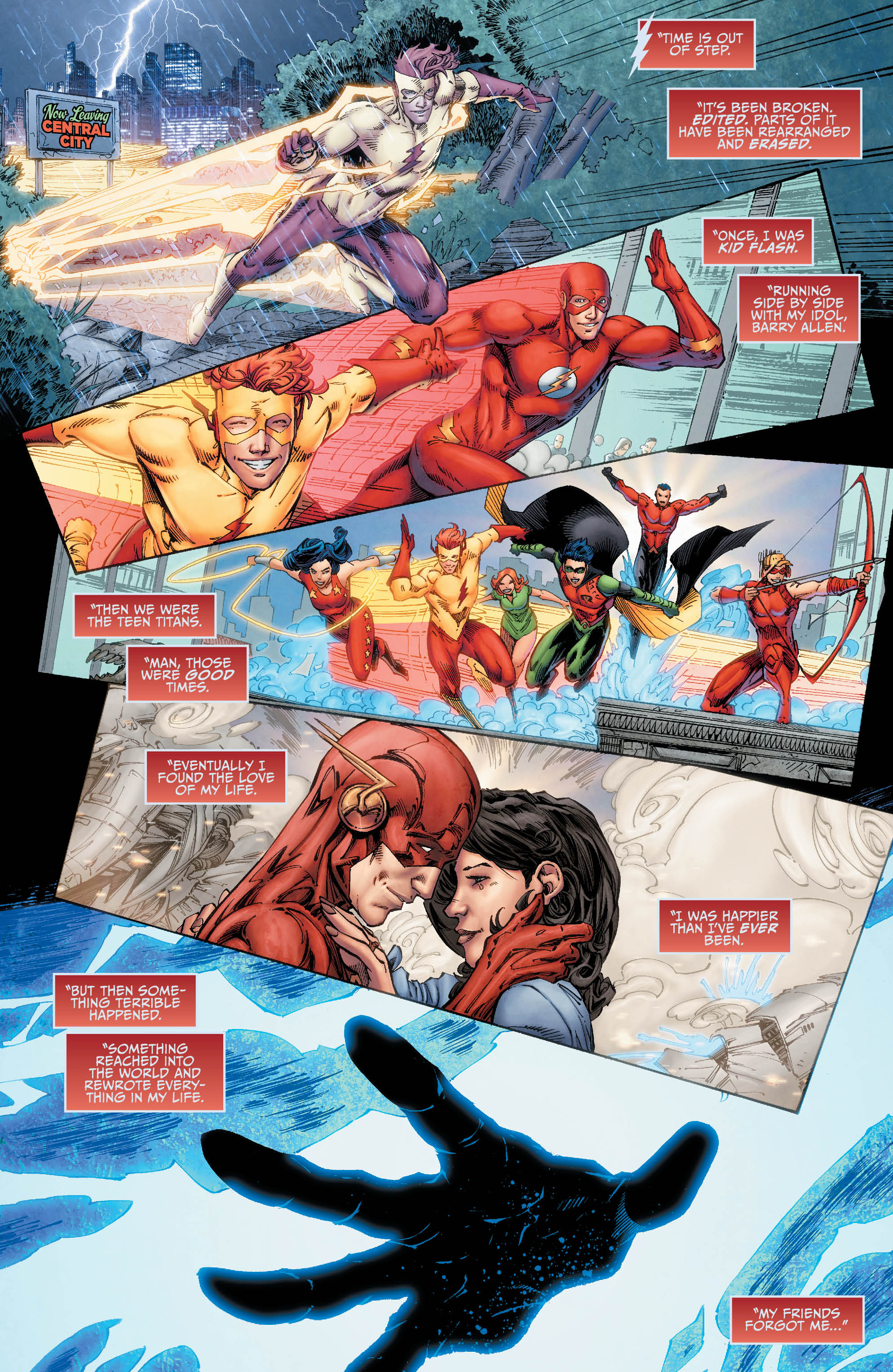 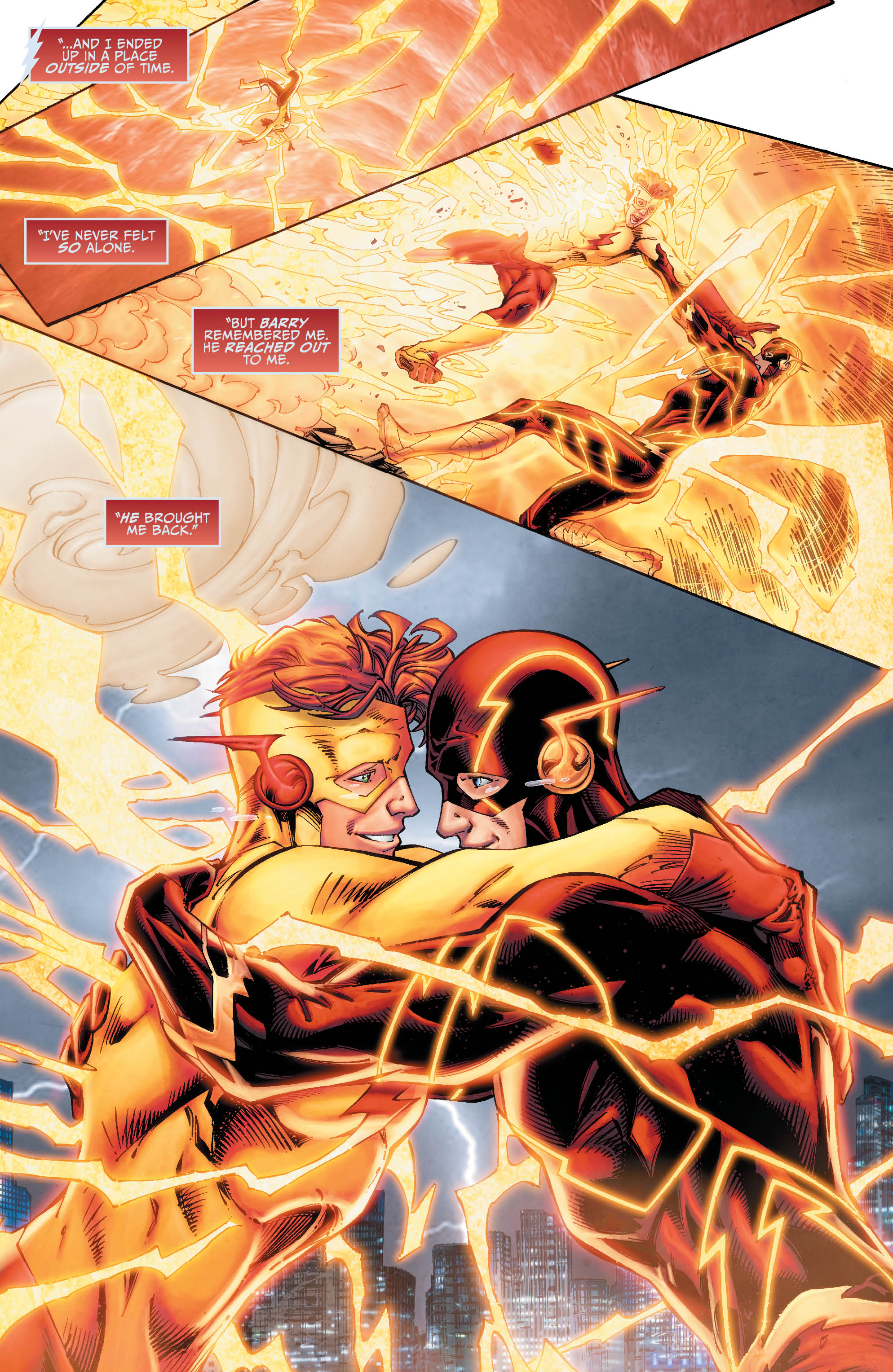 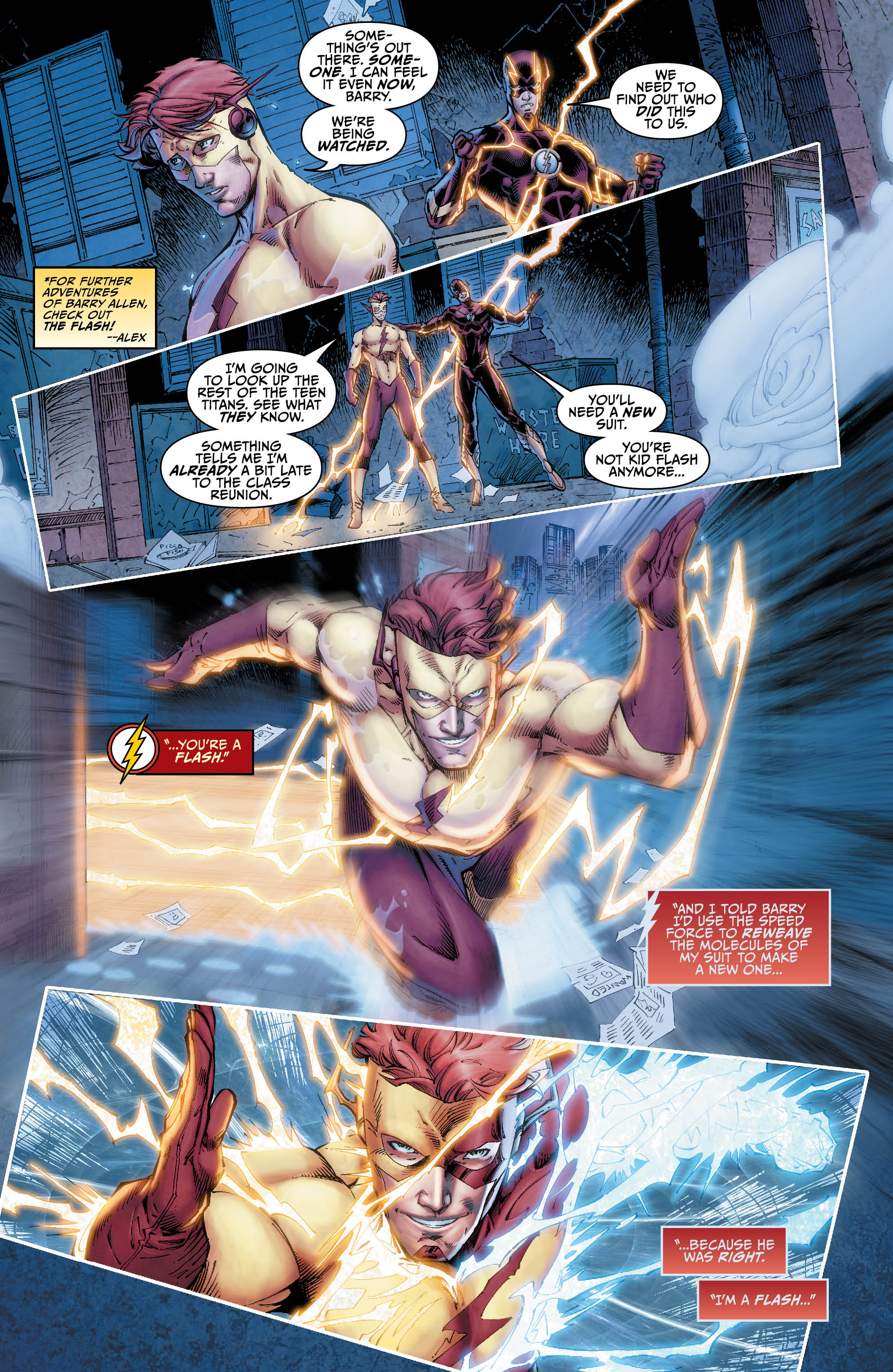 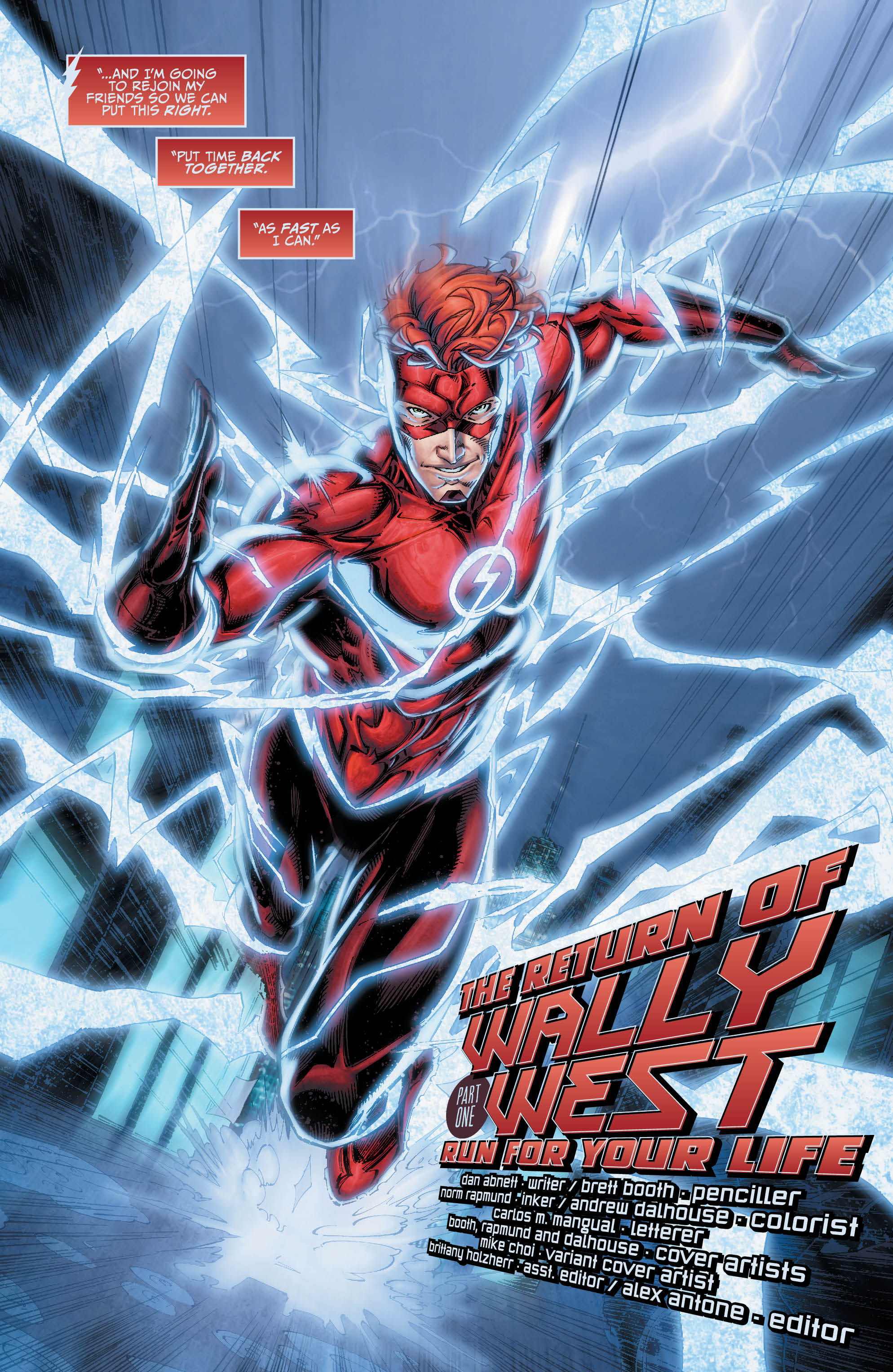 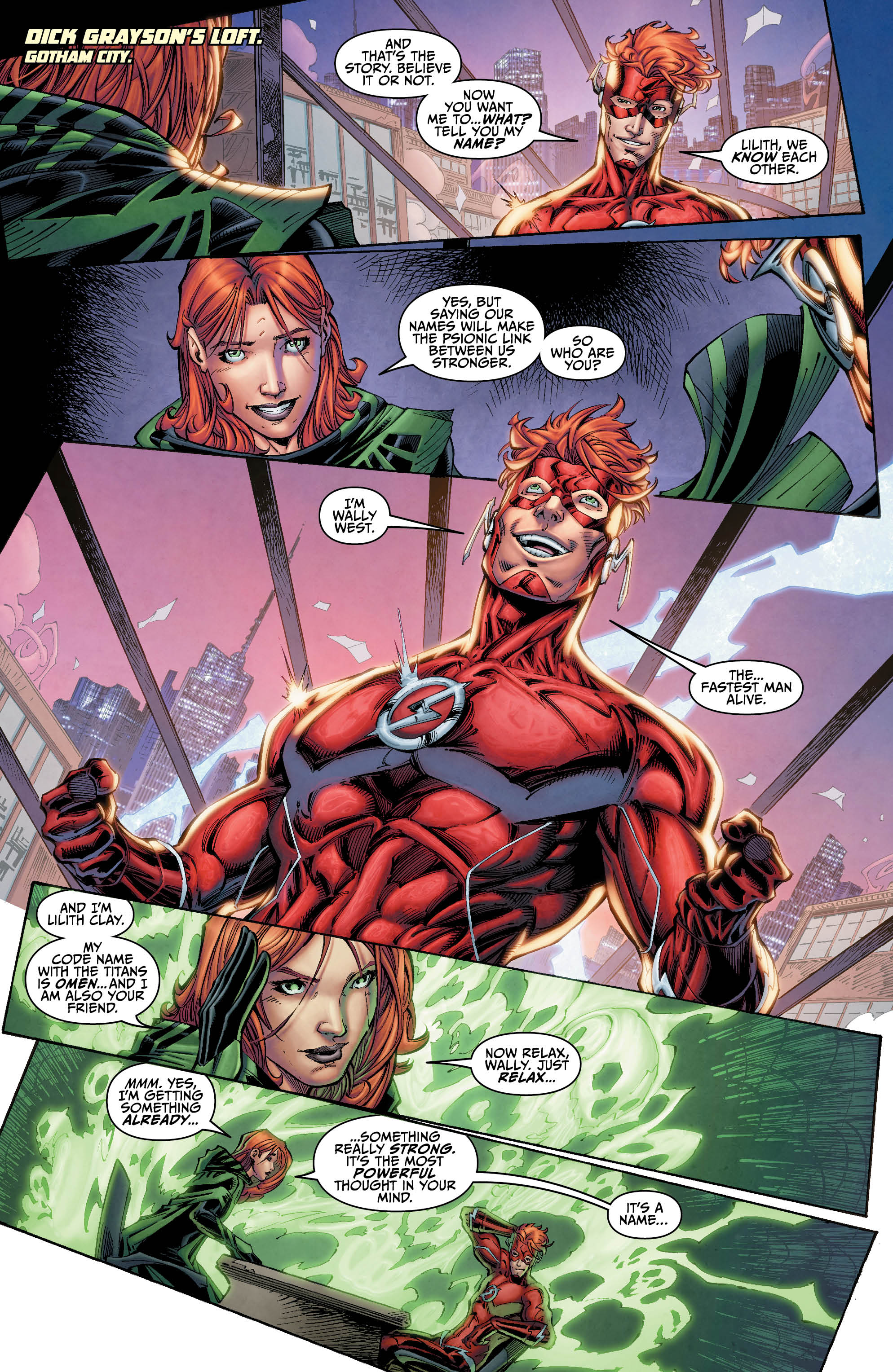 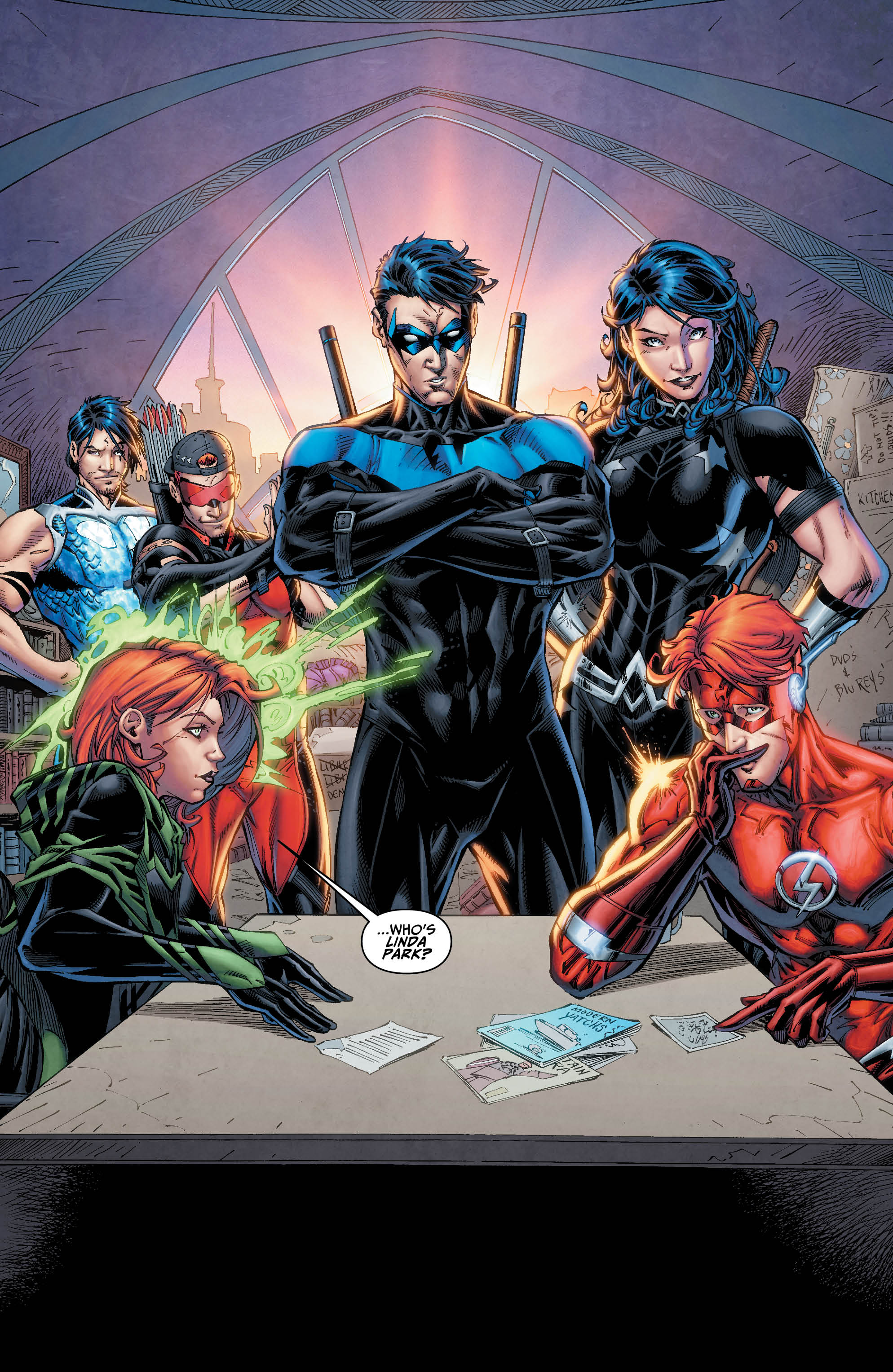 Another Superhero Appearing in ‘Suicide Squad’