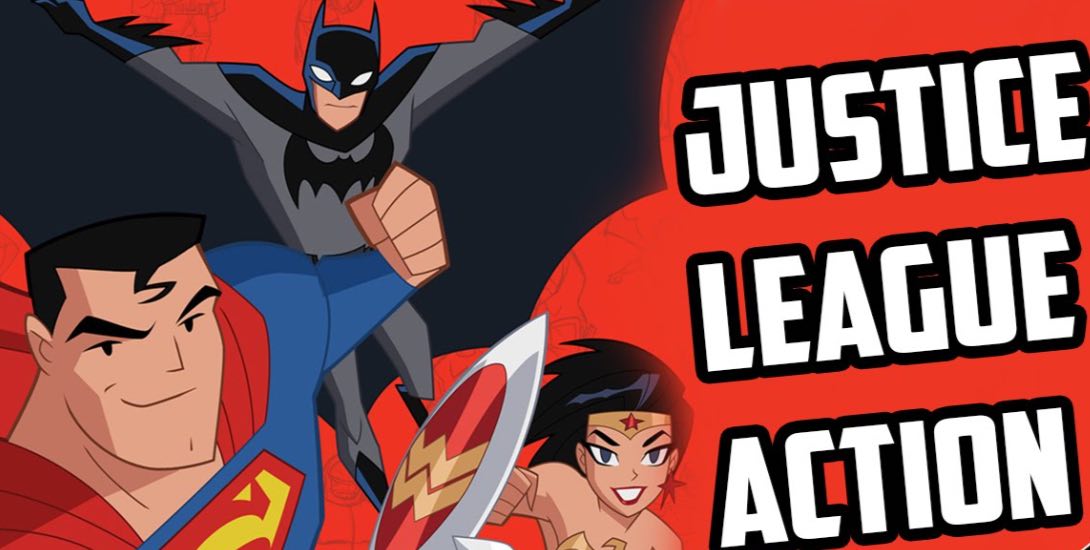 Justice League Action will be Cartoon Network’s newest DC animated series that will be debuting this Fall.  DC All Access was able to speak to some of the stars and producers of the show at San Diego Comic Con to learn a little bit more about the new series.

We now know that each episode will be around 11 minutes long, which will allow for them to jump right into the action.  Diedrich Bader, who will be voicing Booster Gold in the series, said that the show will feature the core members of the Justice League (Batman, Superman, and Wonder Woman) teaming up with lesser known heroes such as Booster Gold, Blue Beetle, and Plastic Man.  Producer Alan Burnett also mentions that the lesser known heroes will usually be naturally comedic and will be paired with the more serious members of the League to create a fun dynamic.

If this sounds familiar it should.  Batman: The Brave and the Bold, who Bader actually voiced Batman in, took a very similar route with Batman teaming up with a different hero each episode, usually one that isn’t quite as mainstream as Superman or Wonder Woman.

Kevin Conroy, who is returning as Batman/Bruce Wayne, mentions that while there is some comedy sprinkled into the show, it is still very much an action/adventure show and that the audiences that have seen it already have loved it.

One of the team ups mentioned in the interviews will pair together two Batman voice actors, Kevin Conroy and Diedrich Bader.  Conroy compared working with Bader as working with Mark Hamill (who is confirmed returning as the Joker for the show) because “they are out there.  And when they are recording, it’s almost like an open stream of consciousness.  You get into the mind of this character and they’re just off the wall.”

Producer Jim Krieg also let us know that the episodes will be full of easter eggs for fans to find throughout the series that pay homage to these characters’ pasts.

While the series definitely seems to be aimed more towards children, it overall seems to look like a lot of fun and I for one will surely be giving it a try!