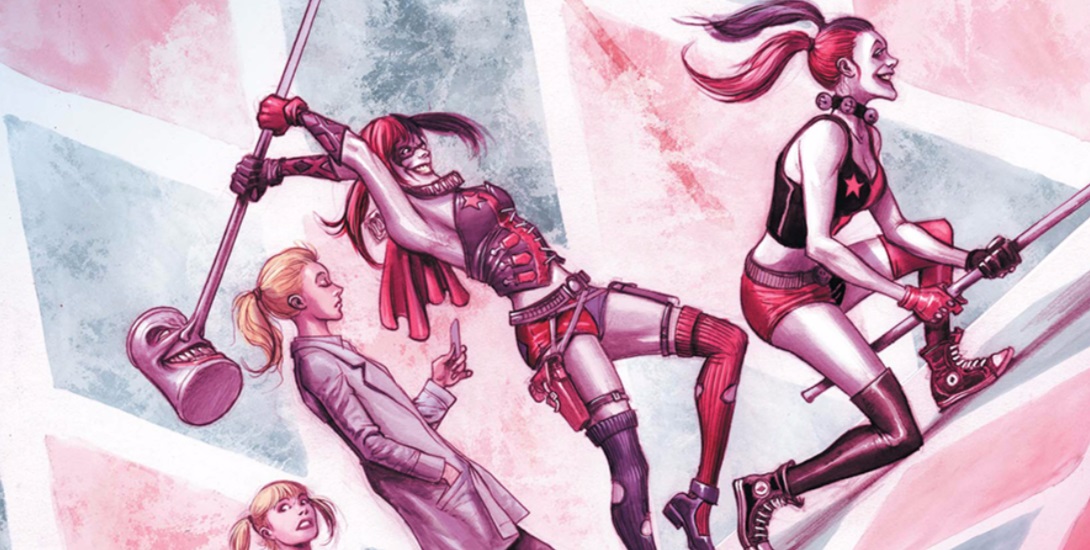 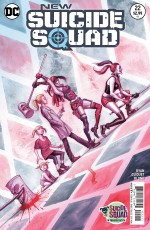 This pretty much serves as an epilogue to the New Suicide Squad series that wrapped up its final story arc last month. I’m guessing that Sean Ryan knew that if you’re going to place the focus on one character during the Summer of Harley, place it on Harley Quinn.

The awesome Evolution of a Harley style cover sets up what to expect in this issue. It journeys inside her mind in a way that vaguely reminds me of the “Strange Minds” episode of The Batman. It’s an entertaining self-examination that doesn’t entirely make sense, but is it really supposed to? The subject is crazy, after all.

Ronan Cliquet’s artwork is markedly different from what Chad Hardin and John Timms have been doing over in the solo Harley Quinn book, but is breathtaking nevertheless. I wouldn’t mind seeing him draw more of her adventures in the future.

On that note, it’s probably best this story took place in New Suicide Squad as opposed to Harley Quinn because, while certainly wacky, I felt it was a bit more serious than what we’re used to seeing in the latter. 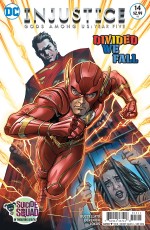 Injustice Gods Among Us: Year Five #14

The latest issue of Injustice gives us an intimate look at this iteration of The Flash, as well as the tough moral choices he makes and has to live with. Does he truly belong with the Regime? This issue seeks to answer that and also explores how this Barry Allen differs from the one you’re normally used to reading about. Not only that, we get to see how truly far gone this Superman is. You shouldn’t trust any guy whose eyes open wider than Klaus Nomi’s.