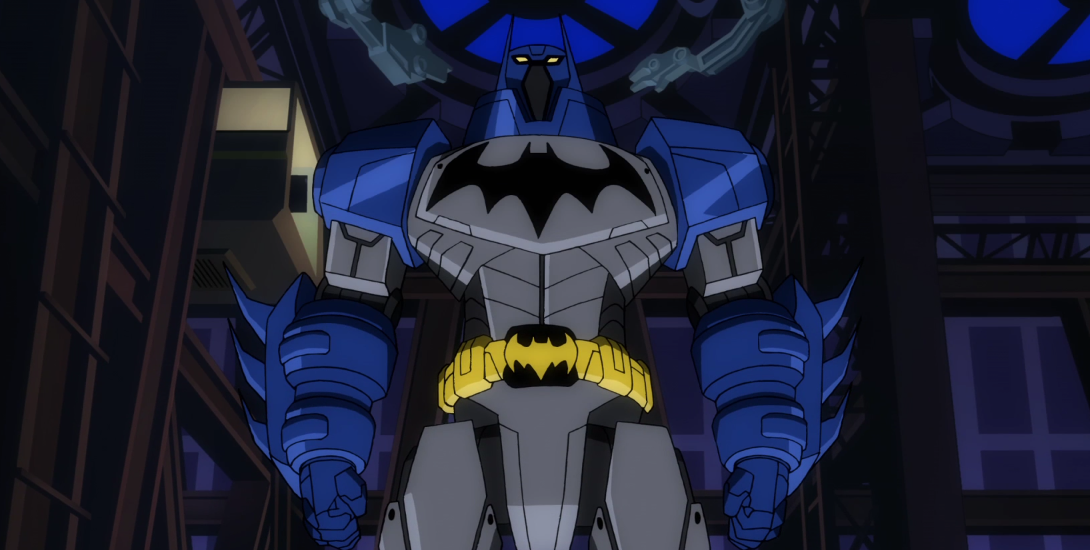 According to the trailer, we can conclude that the film’s villains will include (but may not be limited to) Mr. Freeze, Killer Croc, Bane, and Penguin.  Furthermore, we will see a supersized Killer Croc stomping around Gotham like an evil, talking Godzilla.  Hopefully, Batman and his allies, which include Green Arrow and Robin, will be able to use their massively mechanized suits to put a stop to the tall-walking terror.

The world premiere of Mech vs. Mutants will be at San Diego Comic-Con on 24 July 2016, while the film will be released on DVD on 13 September 2016.

Enjoy the trailer below: