Halloween may still be about four months away, but if you’re an early planner or just simply looking to spice up your personal style, an official Harley Quinn Hair Dye has been released.  Based off Margot Robbie’s look in Suicide Squad, the hair dye was released by Splat and can exclusively be found at Hot Topic. 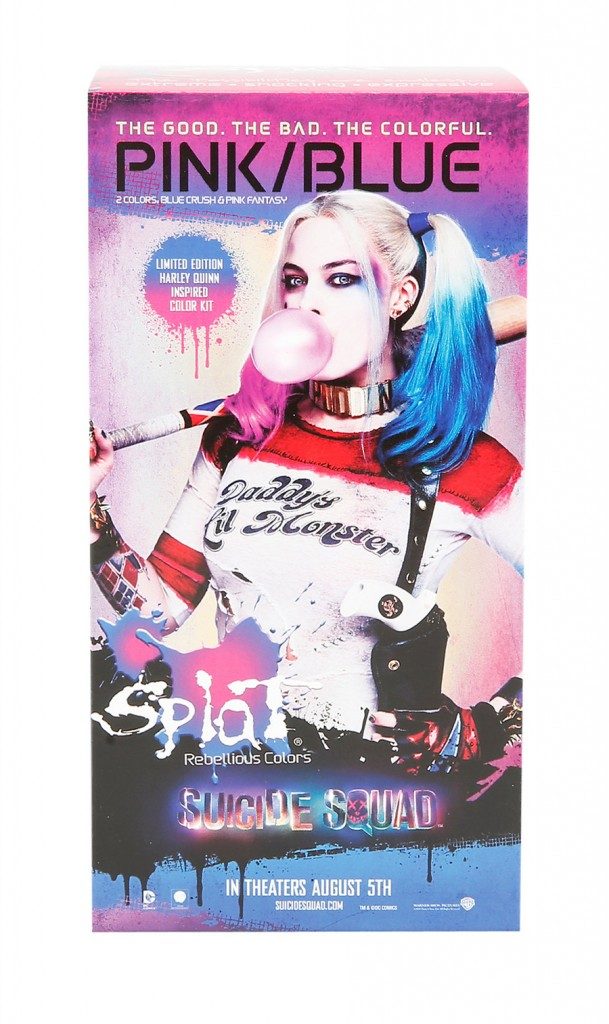 The hair dye kit comes with two colors, Blue Crush, and Pink Fantasy, plus everything else that is needed for the hair dyeing process.  With a Suicide Squad line of clothing launching later in July at Hot Topic, you can complete the full authentic wardrobe when you go to see the film in theaters on August 5th.

Prepare For a “Badass” Jim Gordon in ‘Justice League’