Gail Simone is an extremely prolific writer who has worked on major titles like Deadpool, Wonder Woman, and incredibly successful runs on both Birds of Prey and Batgirl. She’s at the forefront of authors focused on crafting great stories around female heroes. In addition to her notable comic works, Simone also wrote an episode of Justice League Unlimited and worked on the story for the 2009 Wonder Woman animated film.

She has carved out a place for herself in the often chaotic landscape of modern comics and her wide fanbase only appears to be growing. We caught up with her at this past weekend’s MegaCon to talk about her massive body of work with DC comics and the world of Batman.

DKN: Your run on Birds of Prey is iconic at this point. How did that come together?

Gail Simone: I had been working on Deadpool for Marvel and Agent X for Marvel and had also been doing some Simpsons comics, and I had done a creator owned book called Killer Princesses with Lea Hernandez, and I was just dabbling a little bit. I was actually at my first San Diego Comic Con, my first Comic Con ever and I’m from a tiny town so I was a bit culture shocked, to say the least.

But Marvel had brought me down there, and I was there the whole time, and Geoff Johns came up and he said “We’re looking for a writer for Birds of Prey and we really want you to talk to our editor.” And I was kind of like, “What?” He kept just asking me and then finally he drug me over and met her. And we really hit it off. So we talked and I gave them a pitch and they said, “Oh, we really want you to write the book, but we don’t want this pitch.”

But we had to get started because the show was getting ready to premiere at that point, so we knew for the book it would have to be Black Canary, Huntress, Oracle, so we tried to match what they thought the show was going to be, a little bit. Just so it wouldn’t throw everyone off too badly. 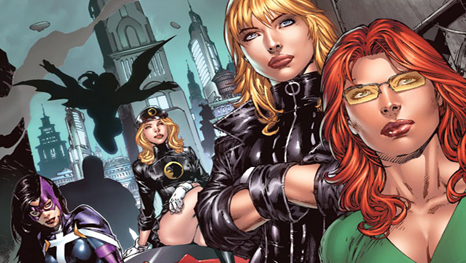 DKN: And considering how that book just took off and became so successful, was there any pressure coming back to it in 2010?

Simone: There’s pressure in that I told myself I wasn’t going to go back to titles and now I’ve done it twice. So I guess never tell yourself you’re not going to do something. I was excited about it. I love writing Birds of Prey and I always felt like I had more stories to tell, so that was the opportunity to do it. Usually when I leave a book, I don’t go back to it, but they asked me and I was like “Yeah, I got more stories to tell.”

DKN: Your run on Batgirl is still heavily impacting the status of that currently. Some of the things you added to that mythology, particularly creating such a central transgender character in the DC universe, was that something DC was fully on board for?

Simone: You know, it was. Normally, I don’t ask about that stuff, I just write it into the script and see if they object to it, but that had never happened before. With Batgirl and Alysia especially, because when we first started out I knew we were supposed to target within a certain age range, and I was having breakfast with Dan at one point and just said “You know, I’d really like to introduce this character as Barbara’s roommate, Alysia Yeoh, and she’s transgender, so I just wanted to give you a heads up.” And he said “Well, is she important to Barbara’s story?” And I said, “Yes, of course she’s important.” And he said “OK” and that’s really how it went down.

You know, I’m really glad because I was waiting for a long time for that to hit the stands. Of course there was some negative reaction, but the outpouring of positivity for that was way beyond what anyone was expecting. That was really good. One of my favorite stories was a dad and a daughter reading a Batgirl comic and he came up to my table and said “I was reading her that issue, we read every issue together, and we got to that part and my daughter said ‘Dad, what’s transgender?’ And I stopped and explained it to her and just thought, that’s someone who’s never going to bully a transgender person.” I think that impact made me feel really good for future readers and for acceptance, all of those things.

Simone: Well, with television, instead of just having an editor, assistant editor and editor-in-chief, you have like ten. So it’s more people you’re having to talk with and make happy while they’re looking at the material, but I got really, really lucky. I was working with Bruce Timm and Dwayne McDuffie, and a couple of other people who are just such amazing talents. So that was a really positive, really great experience. I wanted my dialogue, so I didn’t have to necessarily match what the show was supposed so sound like.

At one point—there’s intensely choreographed fight sequences in my comics because I think that action scenes should reveal something about characters. And Bruce Timm calls and he just says “These guys know how to do this, you don’t have to explain it all out,” but then the episode comes out and they do my exact choreography. I thought that was hilarious. 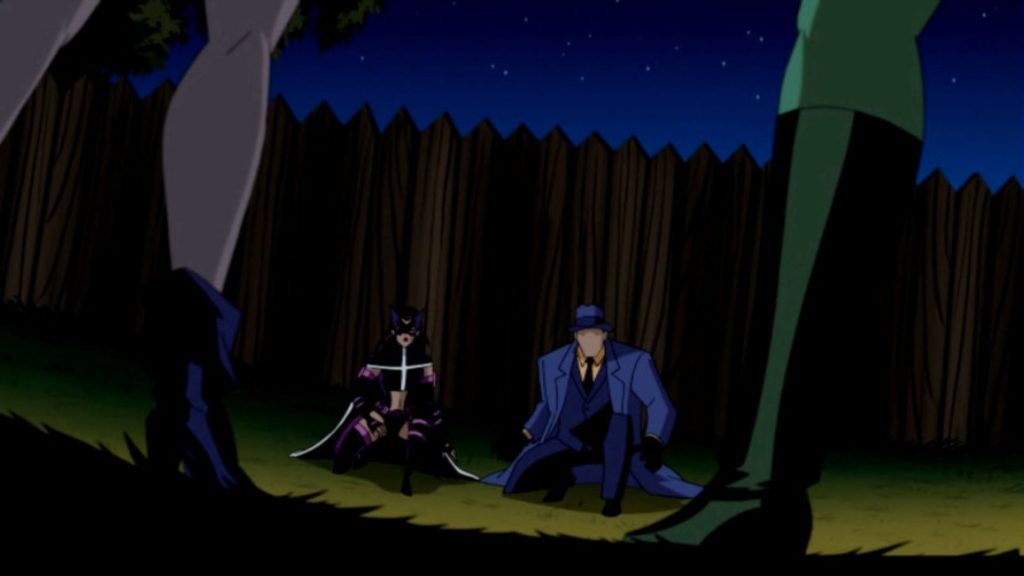 DKN: With all of the huge runs you’ve done for DC, were there ever any stories you just didn’t get a chance to tell?

Simone: Yeah. If I would have continued writing Wonder Woman, I would have had Hippolyta handing the crown to Diana. The idea was that she couldn’t favor one Amazon over another, but if she was freed of being queen she could, but I didn’t get to tell that story.