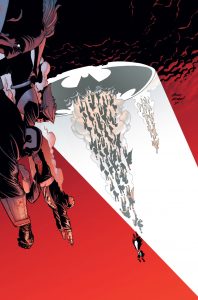 As Dark Knight III: The Master Race rolls on, we firmly understand the tone, the characters, and plot as the mini-series reaches its halfway point. It is in this issue that some would say things “get real.” Before we proceed further, do keep in mind that we will be avoiding major spoilers as we usually do with advance reviews.

The last issue left off with Lara defying her father, Superman, and aligning herself with Quar and the rest of the Kandorians. We get the payoff this month as their confrontation escalates to extreme levels of violence. Granted it’s entirely one-sided, but it reminds us of the all important humanity of Superman that so many people overlook. When you have the issue in your hands, you will understand what I’m talking about. The battle does have a shocking ending, although I suspect the war isn’t over.

I’m continually amazed by how Andy Kubert is able to adapt to the visual tone of this universe. He delivers such powerful imagery as hinted at by the cover art. It was quite awesome to see Bruce Wayne back in the costume; Kubert’s rendering of the bulky Batman is a thing of menacing beauty. We all remember the same handful of iconic shots of the character as seen in The Dark Knight Returns and I believe there are one or two in this issue that Kubert will be remembered for.

On a similar note, Frank Miller and Brian Azzarello do a phenomenal job when it comes to capturing the fragility and humanity of a Batman who has been ravaged by time and combat. It kind of goes hand in hand with his stubbornness, which the book also touches on. The scenes between he and Carrie Kelley were some of the best moments in this issue and lead into the mini-comic that will be touched on momentarily.

We also get small glimpses at Ellen Yindel and I like what I see. I think there’s a bit more “Gordon” to her than before, but we all know that Gotham can certainly change a person. She seems more pessimistic than in DKR, although I’m expecting to see quite a bit of growth from her in the remaining four issues. Something tells me she will be a vital ally to those who follow in Bruce’s footsteps.

While I am excited for the next issue, the ending felt very abrupt and lacked the impact the previous cliffhangers had. The fact that Batman has overwhelming odds stacked against him by not only an army of aliens, but also his own city, adds a new dimension to the series. Cameos by Justice League members also add to the excitement, but I hope they don’t distract from what is supposed to be a Batman story. 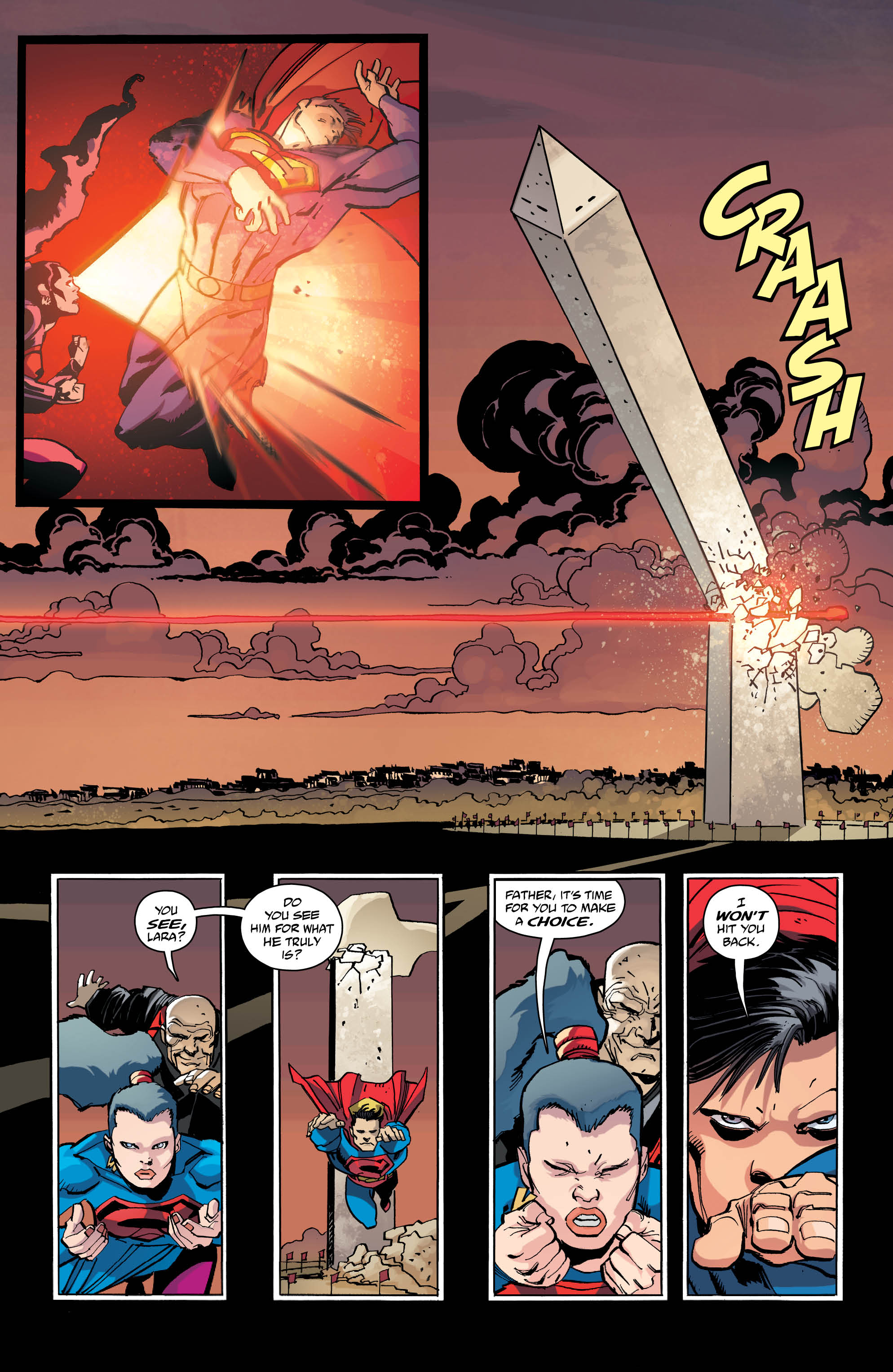 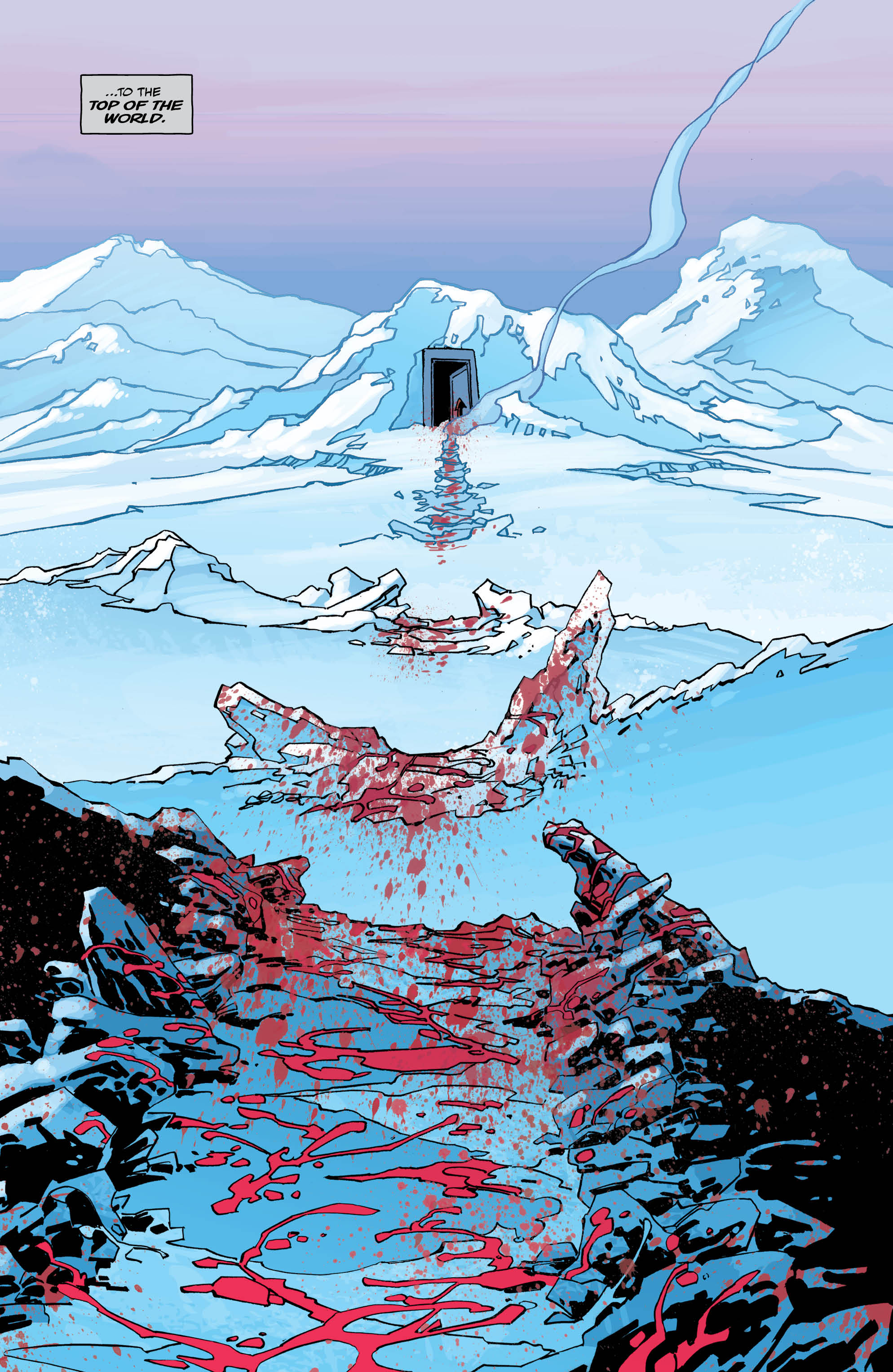 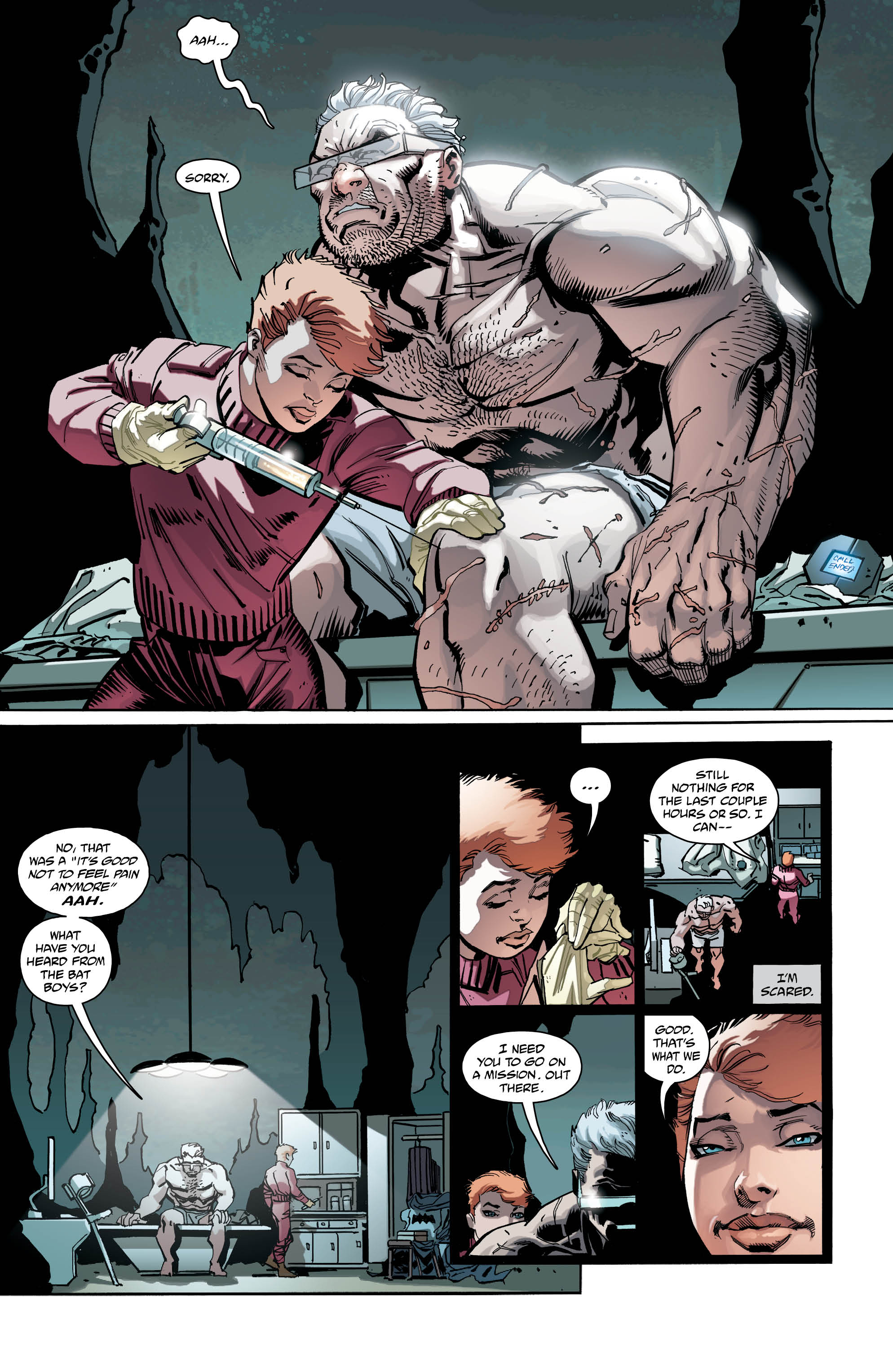 The latest mini-comic focuses on a new Batgirl, who has a cool costume and color scheme. Although she’s never unmasked, you know who she is and it totally makes sense for her to take up this mantle. The read is fast paced and frenetic, which is certainly the intention given that she’s in a bit of a dire situation.

Some readers may have a hard time getting into it because the artwork Frank Miller provides leaves a bit to be desired. I try to avoid having too much negativity in my reviews, but I know the visuals are going to be met with harsh reactions once this hits stands.

Despite any gripes you will no doubt have with the artwork, I encourage you to endure because an introduction to a character that will likely turn the tide in the heroes’ favor is included. The mini-comic ends abruptly much like the main story, yet has me looking forward to the next issue even more. 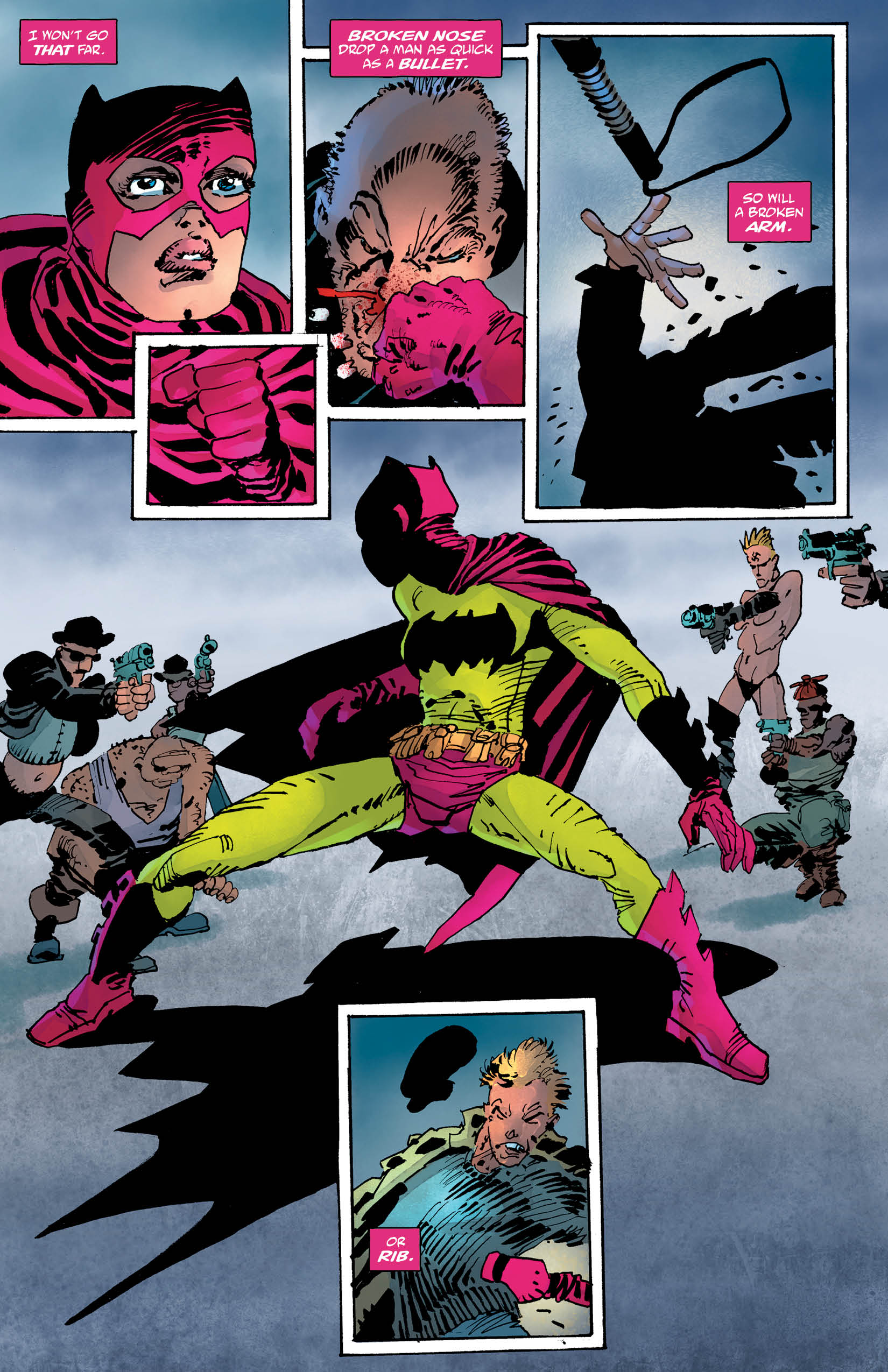 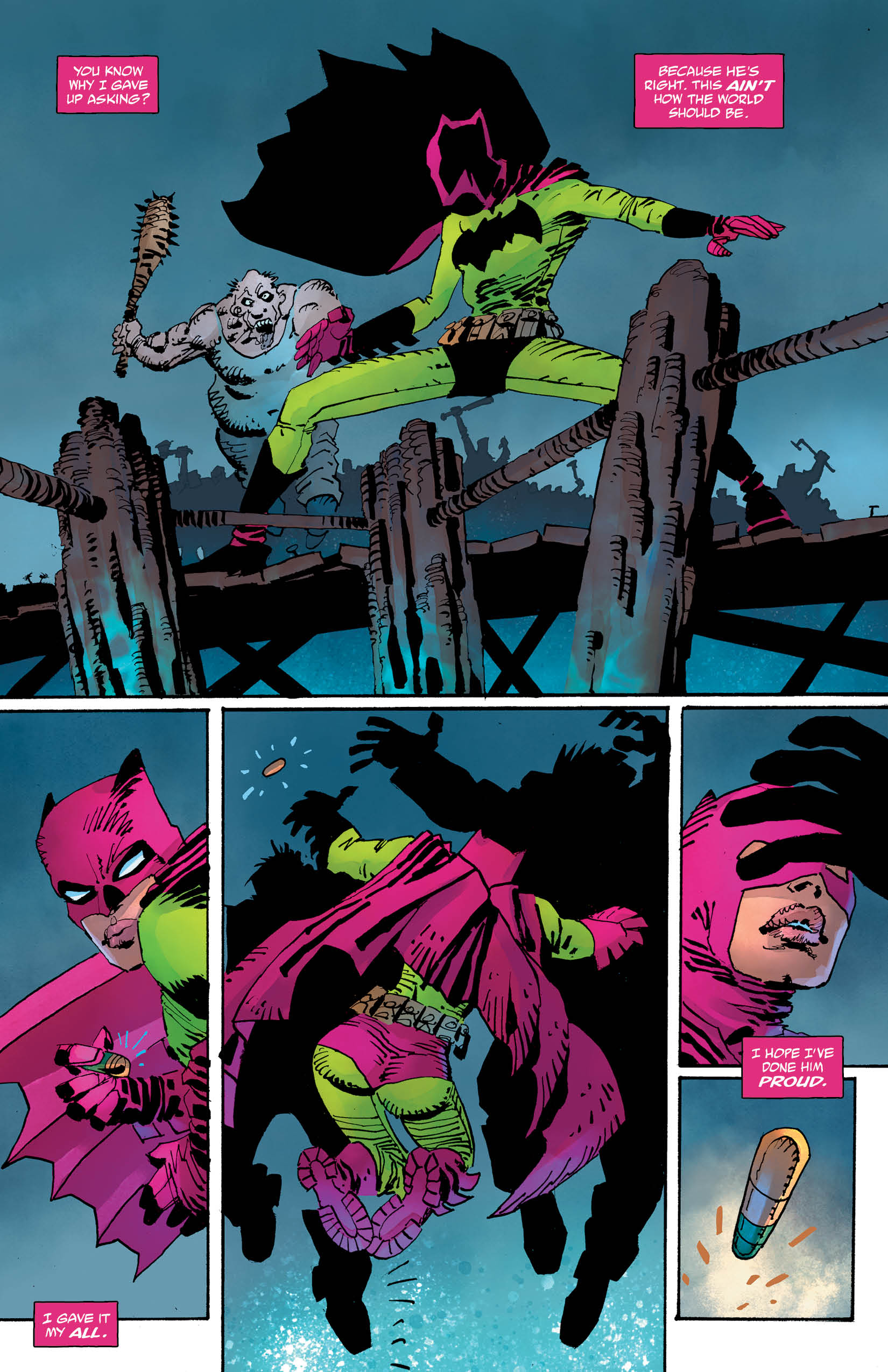