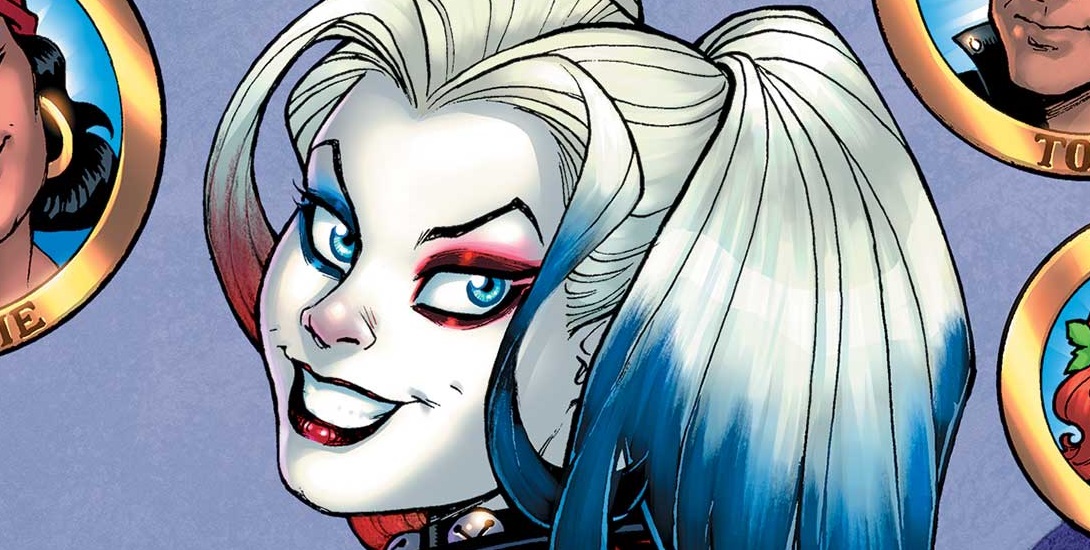 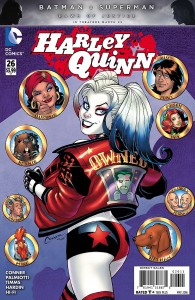 Leave it to the powerhouse writing team of Amanda Conner and Jimmy Palmiotti to make an issue that consists mostly of downtime feel like it never has a dull moment. Sure, Harley Quinn may be enormously popular, but if not for their stellar efforts each month, this book wouldn’t sell the way it does or spawn various other mini-series. Furthermore, we are spoiled with artwork from both John Timms and Chad Hardin, the masters who have brought our favorite pale-skinned gal to vibrant life over the course of the past few years.

Despite freeing herself from the Joker’s grasp last month in what was a pivotal moment for her character, Harley’s mental scars remain in her Little Red Riding Hood style nightmare that starts off this issue. This is in no way the main focus, but I do think its inclusion was no mistake; a man like Joker isn’t easily forgotten and their paths will eventually cross again.

With Harley still on edge, some beach toughs make a monumental mistake in picking a fight with her. I’ll just refer to this scene as “Harley Unplugged” and you will know what I mean once you read it for yourself. We also get a bizarre, oddly placed lesson in booty boundaries and I’ll leave it at that.

As you probably noticed on the cover, Harley gets a new look later in the issue, which she deems “cinematic.” Yes, they are deliberately making her look more like Margot Robbie in the Suicide Squad movie – and there’s nothing wrong with that. It probably works best for this book to address it outright rather than applying different colors out of nowhere.

Also contained within is the origin for Wayne Wilkins/Red Tool, an obvious analog for Deadpool. He kind of seems like a response to all those Harley/Deadpool “shippers” on social media. Expect the two to square off at Skate Club next month.

As I said earlier, this is somewhat of a transitional issue, although it doesn’t make it any less entertaining. The character has gone through a lot lately and something like this is welcome. I’m expecting the Red Tool aspect to make for an explosive final two issues before we get to Rebirth.