Co-writer Chris Terrio on his Approach to ‘Batman v Superman’, May Not Write ‘Justice League Part 2’

Chris Terrio is the Oscar-winning writer for Argo, a historical drama directed by Ben Affleck. Aside from that, very little people know more about this scribe. In the midst of the Batfleck uproar, he was hired to revisit the script for Batman v Superman: Dawn of Justice, that was originally written by David Goyer. Goyer has always been hit-or-miss with his scripts, but the choice by WB to bring on another writer seemed to indicate that the movie needed some fixing. Either that or Affleck took over the movie.

At the time, I remember being particularly nervous that WB had to hire a new writer to change up the script. Since then, however, most of the actors have raved about Terrio’s take on the characters. That and the trailers have really helped to alleviate some doubt.

In one of the better interviews I’ve read this year so far, Terrio spoke with the Wall Street Journal, in which he discussed his approach to these iconic characters, which has helped to eliminate any doubt I ever had now.

He looked at the characters and looked past their comic book origins. He interpreted them in different ways, looking at them via a different lens that likely informed his interpretation of the characters. When asked about the roots of Bats and Supes’ conflict, Terrio said:

“It’s almost archetypal. In Batman’s origin, the primary thing I was thinking about is the fact he falls. It’s the primary metaphor for Western literature: There was a moment before and then everything fell. That brings up questions of Superman. I began to think Batman and Superman occupy different parts of the mythic imagination. In superhero stories, Batman is Pluto, god of the underworld, and Superman is Apollo, god of the sky. That began to be really interesting to me — that their conflict is not just due to manipulation, but their very existence. In the end, there’s a common humanity which I think is discovered at a certain moment in the film.” 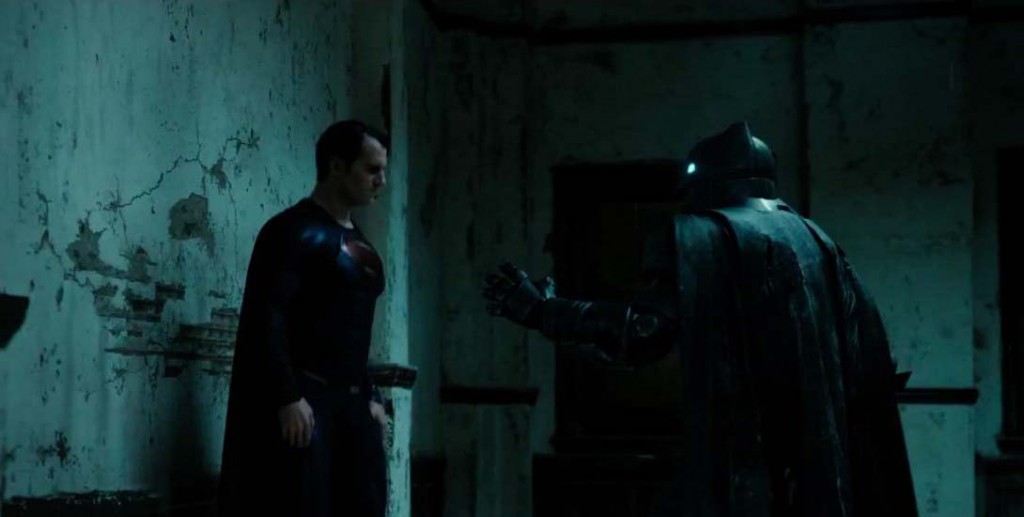 He expands upon it a little further, when talking about how difficult it was for him to write both Batman v Superman and Justice League.

“This has been the most rigorous intellectual exercise I’ve had in my writing life. For Batman v Superman, I wanted to really dig into everything from ideas about American power to the structure of revenge tragedies to the huge canon of DC Comics to Amazon mythology. For Justice League, I could be reading in the same day about red- and blueshifts in physics, Diodorus of Sicily and his account of the war between Amazons and Atlanteans, or deep-sea biology and what kind of life plausibly might be in the Mariana Trench.”

His approach to the characters are not groundbreaking in any way, but I do love that he decided to analyze and interpret them in different ways, showing just how important these characters are.

The interview does also provide some interesting news. He reveals that the tone of Justice League will be lighter than BvS. He likens BvS to the darker, middle installment of a trilogy similar to Empire Strikes Back. I sincerely hope that if he’s invoking the holy name of Empire Strikes Back, then BvS delivers in the same way.

He also reveals that although he wrote Justice League, that doesn’t mean he will be writing Justice League Part 2. He doesn’t provide an explanation as to why, simply expressing that these movie have been a challenge for him. Maybe he’s tired or maybe WB simply isn’t sure that they want him to write it yet and are exploring their options.

Personally, I think he’s really the right guy for the movie. Sure, he wasn’t a huge comic book fan to begin with, but the passion is there. The interview indicates that he was inspired by Christopher Nolan and it was very important to him that the characters are taken seriously, viewing them as forms of highly regarded literature rather than the funny books from which they originated. It’s not to say that I am dismissing their comic book origins, I just liked his passion for the characters. However, some would prefer that he keep them just as they are, comic book characters and not make them any more that they are.

What do you think? Will he do justice to the characters? Do you want him back for Justice League Part 2? Let me know.

The One Epic ‘Batman v Superman’ Trailer You’ve Been Waiting for!