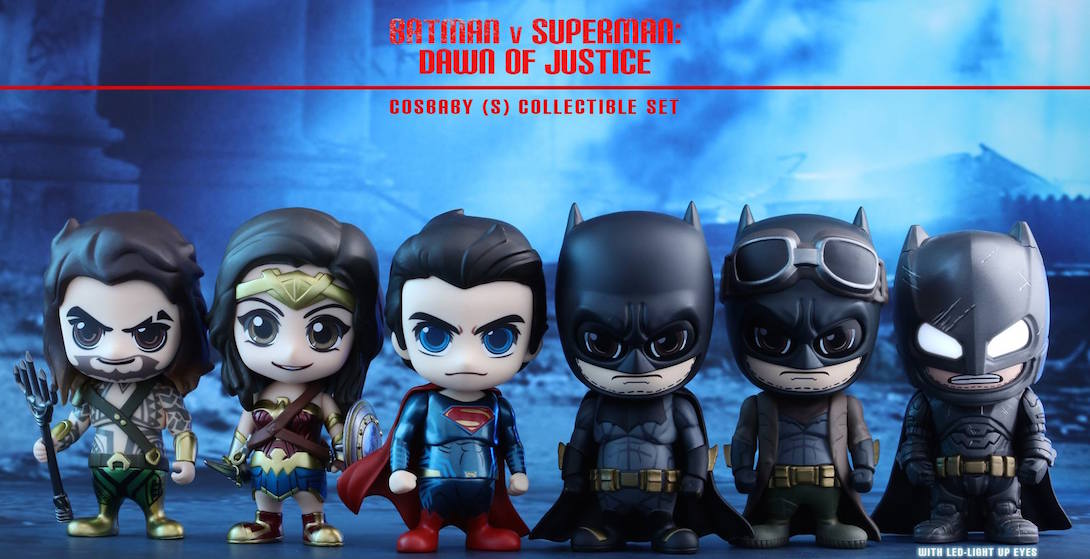 Hot Toys has revealed their Batman v Superman: Dawn of Justice Cosbaby Collectible Figure Sets, which feature Superman, Wonder Woman, Aquaman, and numerous versions of Batman — all transposed from a visually gritty and tough style to a much more round, big-eyed, and cute aesthetic form; we initially heard about these Cosbaby figures in early January, this year.  Additionally, Hot Toys has revealed a collectible 1/6 scale black chrome Armored Batman.  The Cosbabies should be released sometime this Spring, while the Armored Batman should become available towards the end of the year. 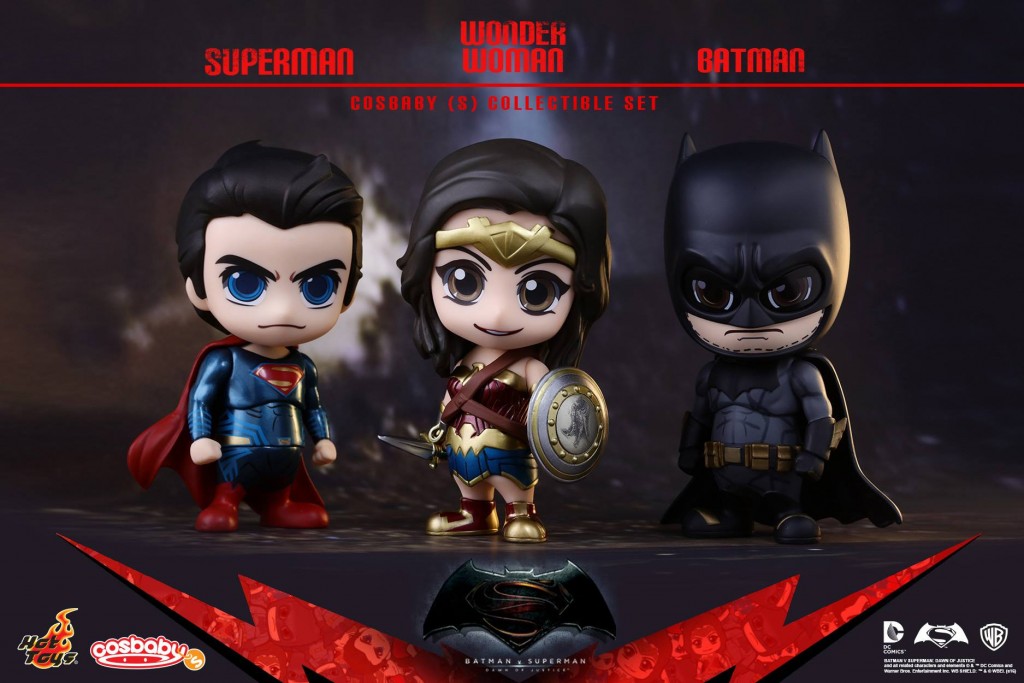 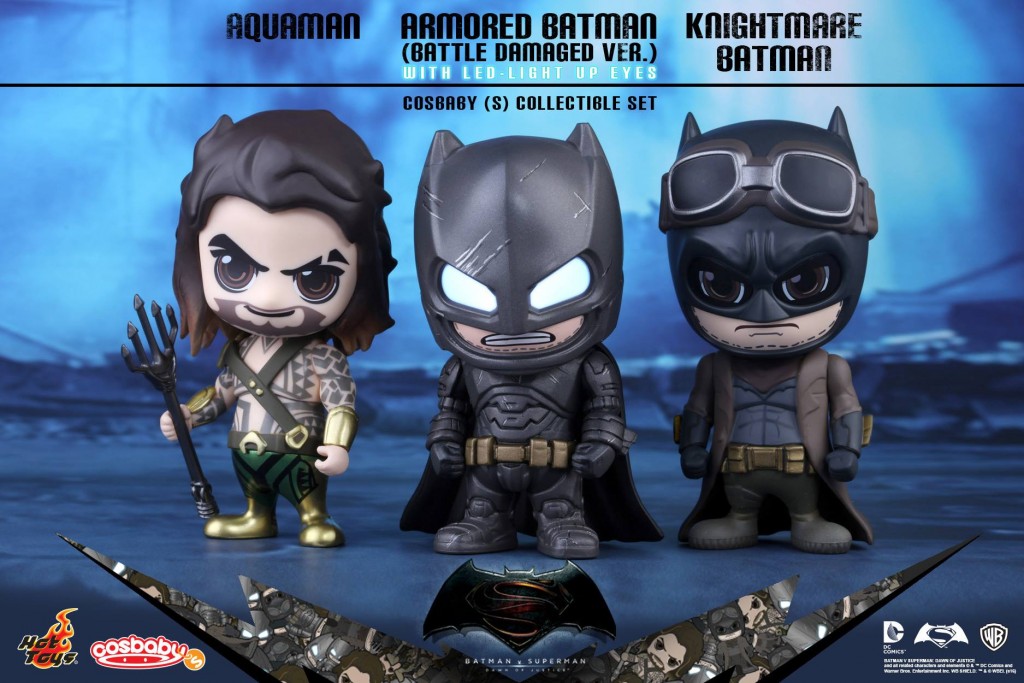 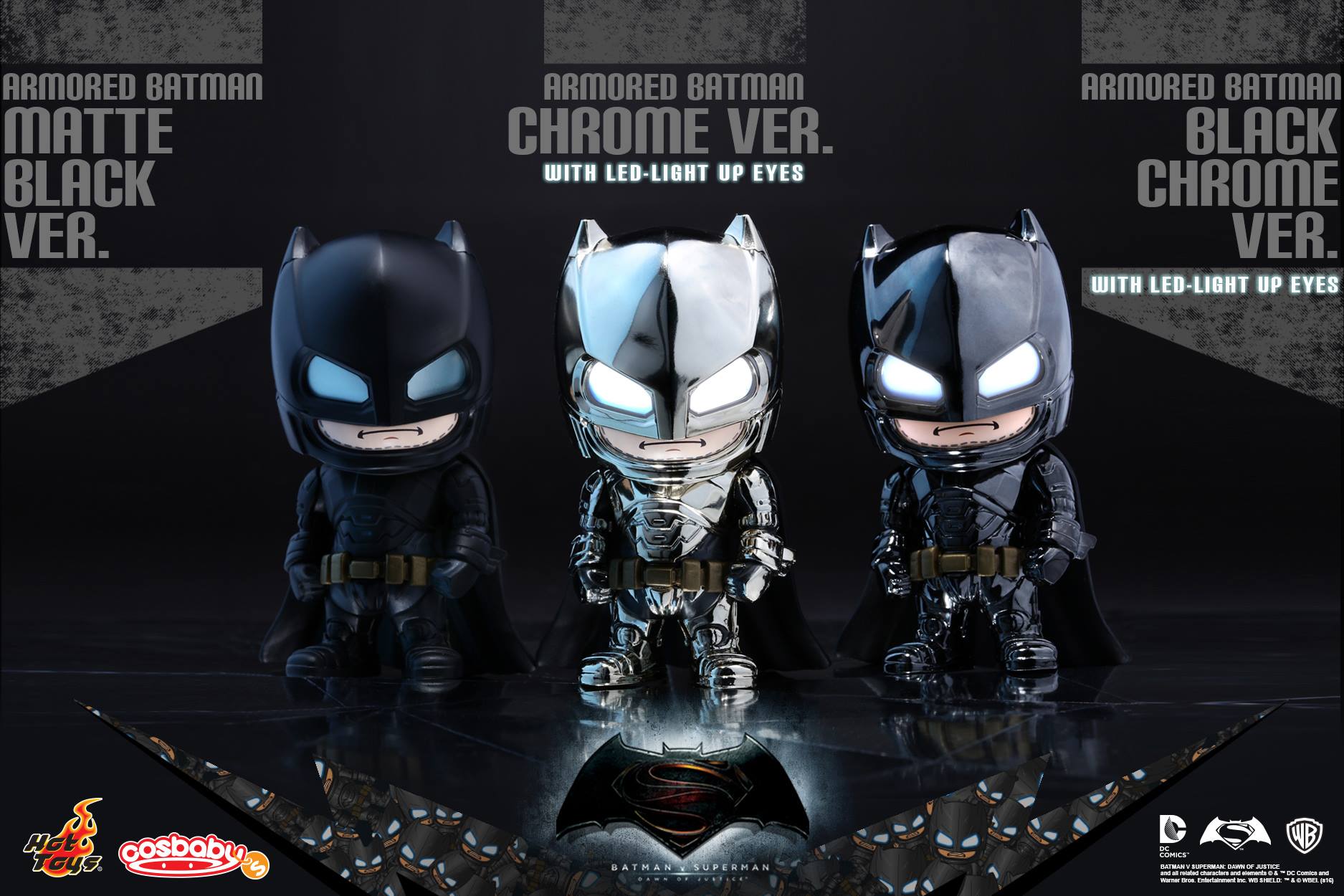 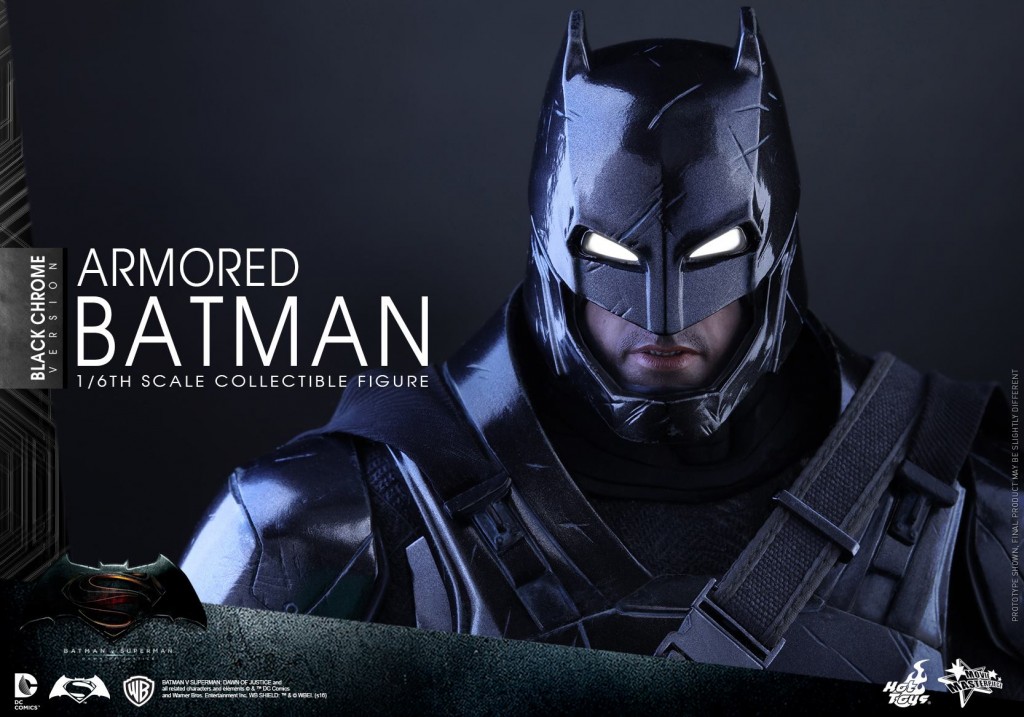 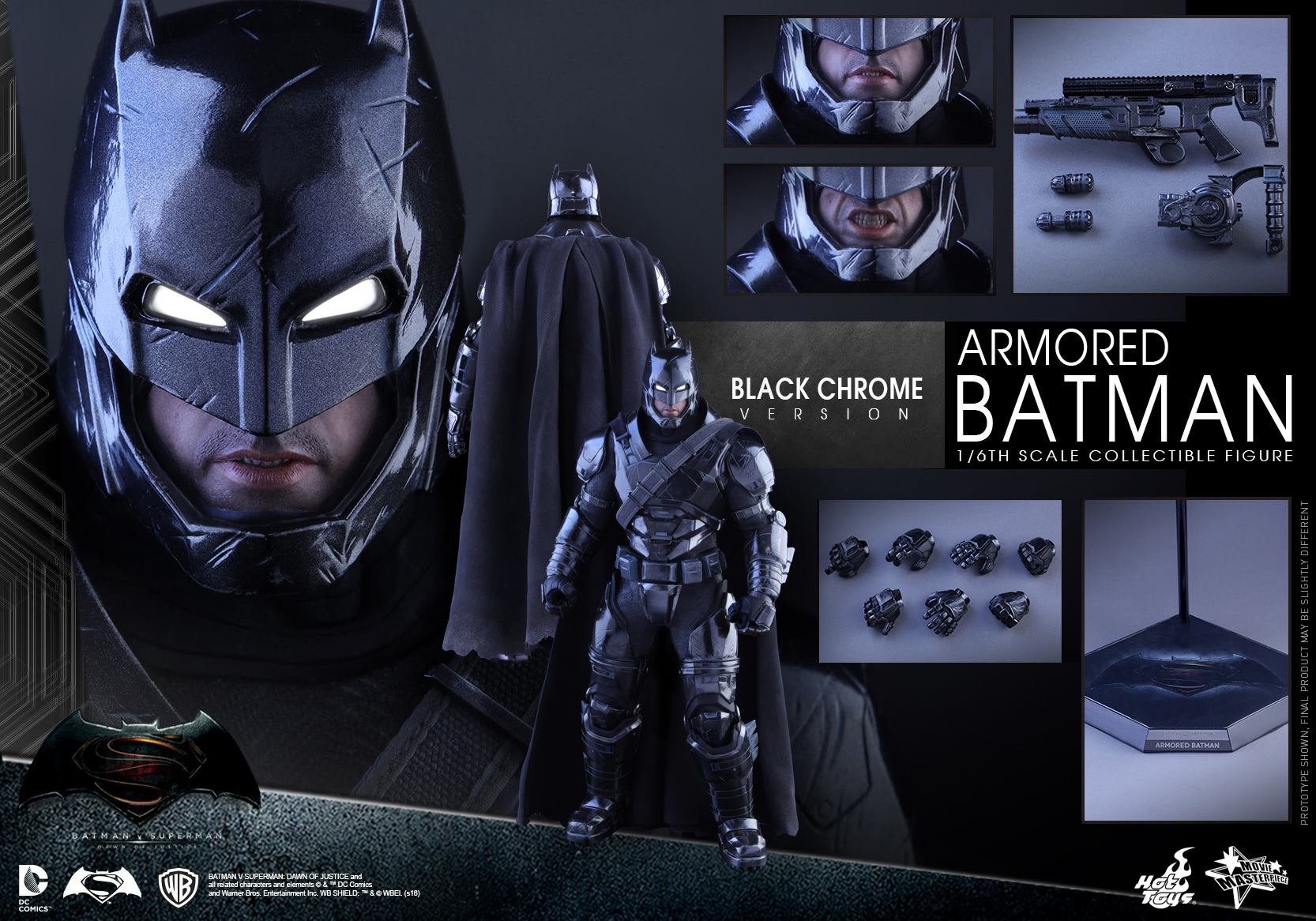 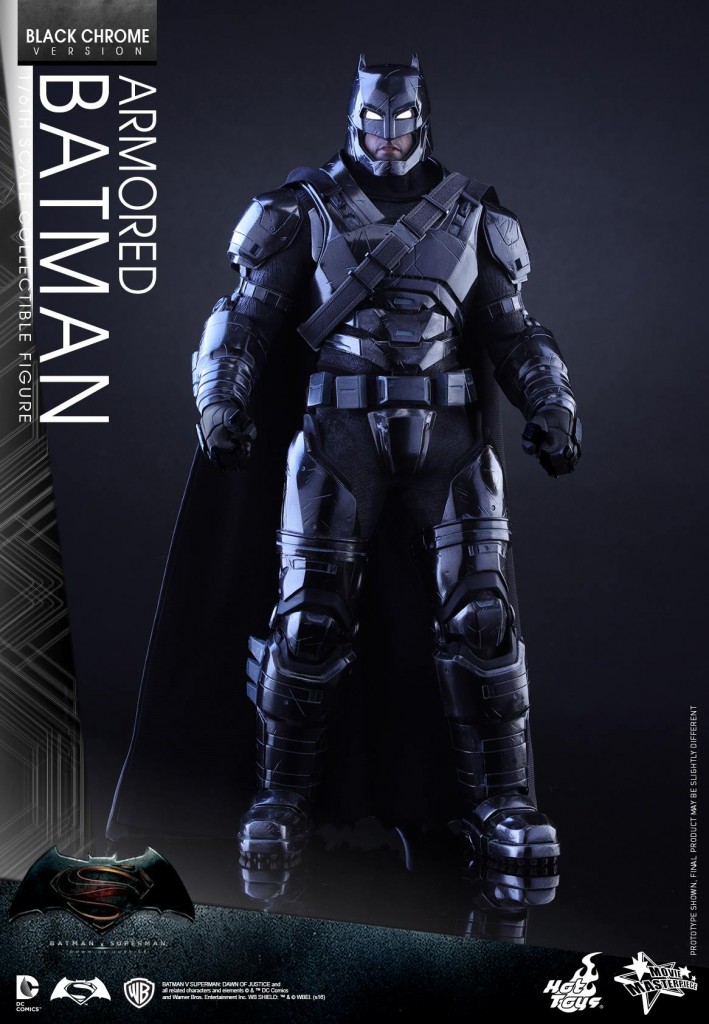