When Frank Miller unleashed Batman: The Dark Knight Returns onto an unwitting public 30 years ago, it left both comic book fans and mainstream critics with their mouths agape. Sure, some fine writers and artists in the 1970’s cracked the formula for a dark, serious Batman, but it was Miller’s work that transcended the genre.

Perhaps it was the notion of an aged, grizzled Batman coming out of retirement to reclaim Gotham City from the likes of The Mutant Gang and a revitalized Joker. Or maybe it was a battle with Superman, the likes of which had never been seen before. Or perhaps it was how it encapsulated the era it was set in.

I assume it was all of the above and so much more.

Since then, its influence has been felt in many Batman comics, movies, and cartoons. It has also yielded sequels in The Dark Knight Strikes Again! and the currently ongoing Dark Knight III: The Master Race. Not only that, it has been adapted to a fantastic animated movie and has a strong influence on the upcoming feature film, Batman v Superman: Dawn of Justice.

While I was merely a small child when DKR was first published, it should be noted that I was still a Batfan. In 1986, I was probably running around in some Bat-jamas acting out scenes from the TV series starring Adam West. Hell, my first crush was Julie Newmar’s Catwoman; three-year-olds are allowed to have crushes too.

Some of you probably collected comics as a kid and then fell out of the habit for awhile. I was part of that crowd. That all changed in 2005 when Batman Begins and Sin City arrived in cinemas. After viewing them, I knew I had to get back in the game, but this was not a job for Just For Men Gel.

Many people aren’t aware of where they should start, but I looked up the most definitive Batman stories as my jumping on point – two of which happened to be Frank Miller’s seminal works in The Dark Knight Returns and Year One. These books may not hold the same significance they do with you as with me, but I suspect a reader or two can relate.

If you or anyone you know are looking to broaden your Frank Miller horizons, I have some fine products listed below that should interest you.  Take a gander at them and then feel free to share your Frank Miller story with us in either the comments section or on one of our social media pages. 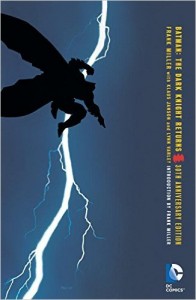 This is the one that changed an industry overnight. Not only does this new printing contain all four chapters of Miller’s story about a Batman that just couldn’t stay down, it also includes the following: a transcribed conversation between Miller and DK3 co-writer Brian Azzarello; a cover gallery; Miller’s original story proposal to DC; and a gallery of his original pencils.

Needless to say, this is a must own for completionists and nostalgia junkies. 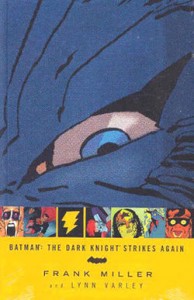 Taking place three years after the events of the original (although originally published in 2001-2002), this sequel follows Batman as he rounds up an army of geriatric superheroes to take down a corrupt president that’s all too familiar with Superman fans.

While drastically different from its predecessor, it had its own unique look and reflected a society in flux that had 9/11 fresh in its mind. Although it’s not brought up as much as DKR, I kind of want to see this adapted to an animated film one day. You have to admit that the artwork would make for a pretty interesting looking cartoon. 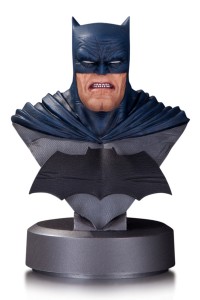 To complement the re-release of the book, DC Collectibles have manufactured this mean looking bust for those who wish to see Frank Miller’s Batman staring back at them when they wake up every morning.

When this hits the market next month, it will come with a price tag of $50, but it’s worth every penny. It’s well articulated and stands at five inches tall, so it won’t take up too much shelf room. You will have plenty of space left over for incoming Batman v Superman figures.

Just two weeks after each issue of DK3 hit stores, a special hardcover edition will be released that also contains the mini-comic reprinted at full size. When the eight issue series concludes later this year, expect a slipcase to come with the final issue. As of now, the first two issues are available in this handsome format. 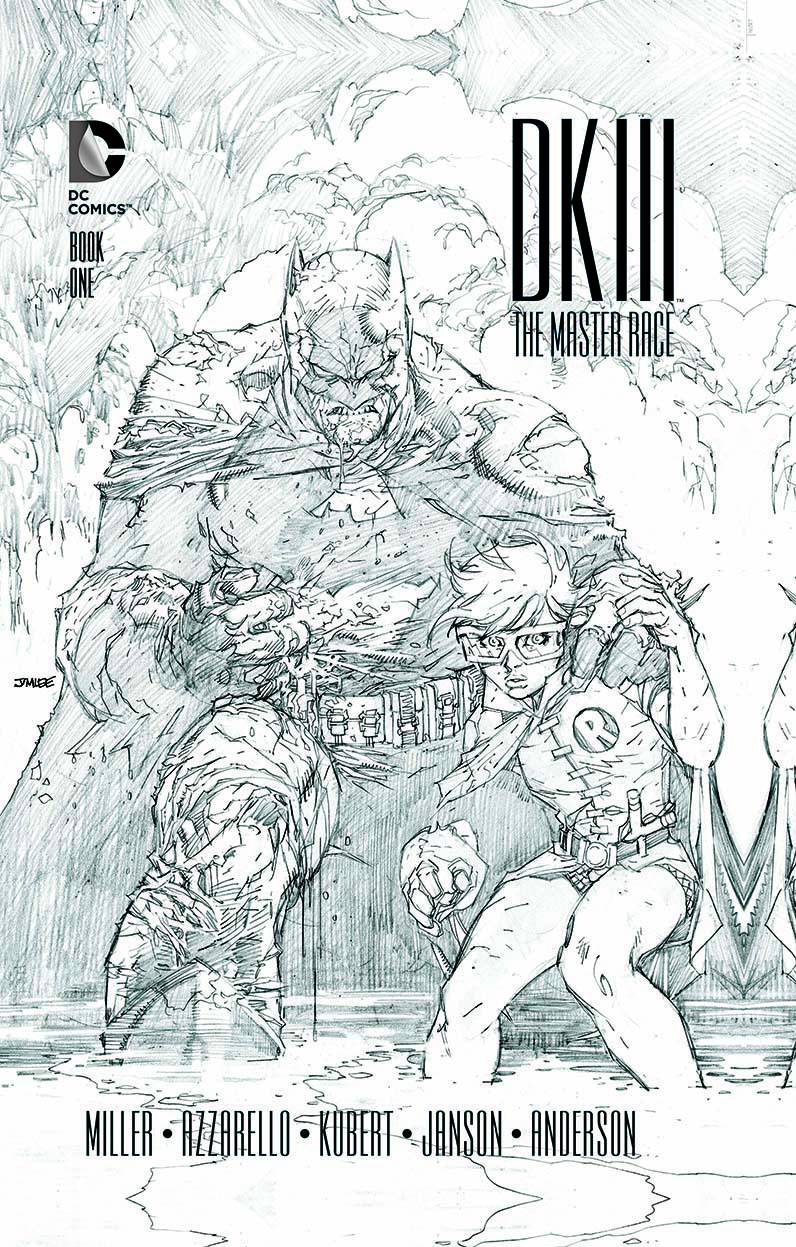 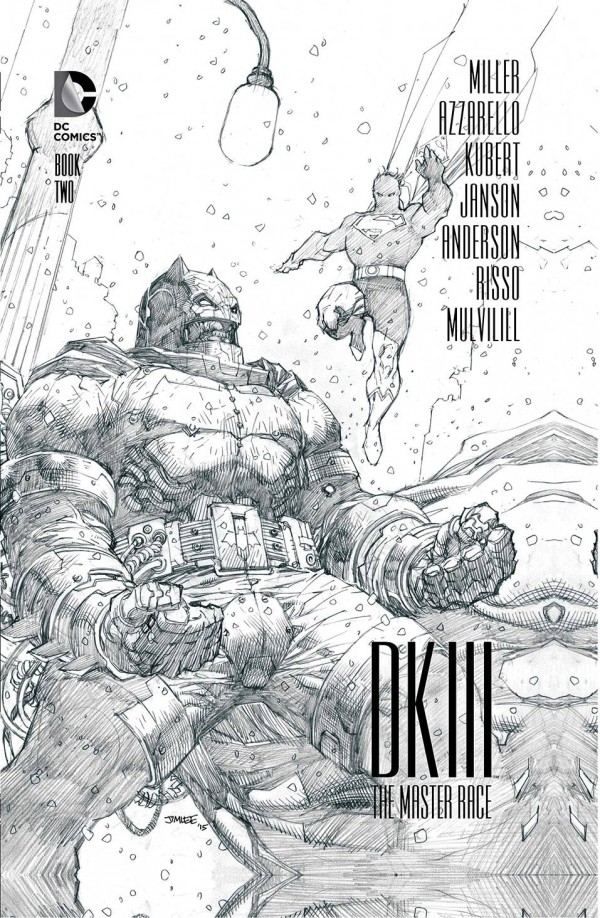