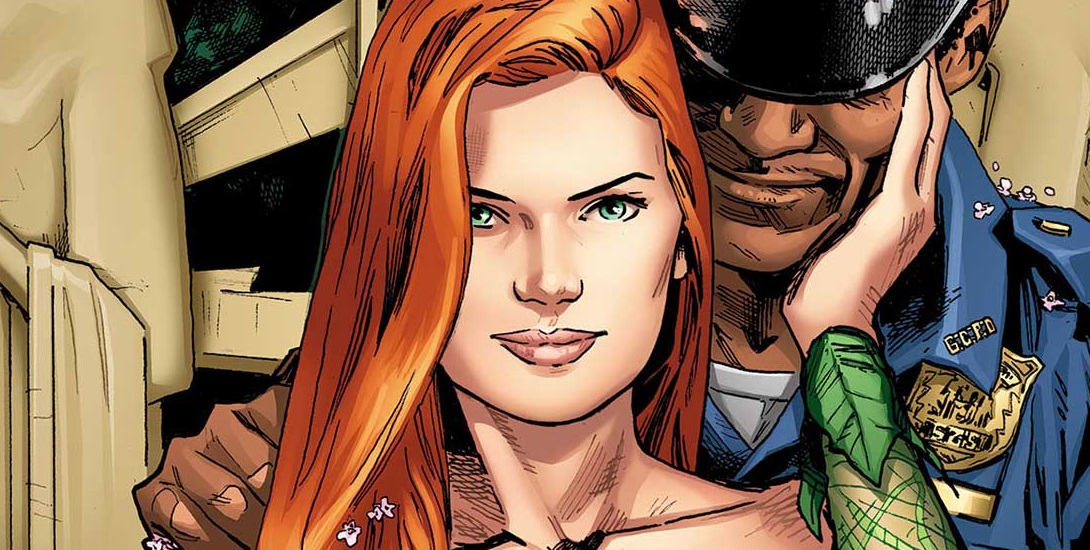 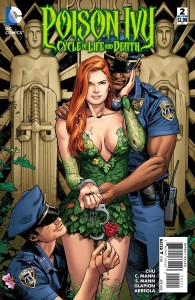 One of the things that I like most about Cycle of Life and Death is that it gets to the root of Poison Ivy: who she is, what makes her tick, and even a more classic looking costume. While I didn’t hate her New 52 costume like many fans, her green leaf themed wardrobe just seemed like a perfect fit. Sure, we may be a few months away from “Rebirth,” but there’s plenty tried and true to love here, thanks to Amy Chu.

Her script is once again brought to life by Clay Mann’s flawless artwork. I’m not joking when I say the cover and several interiors are frame worthy. The only possible downside is that three inkers worked on this issue, but luckily it didn’t affect the look of the book too greatly.

As the investigation into the murder of Ivy’s mentor commences, we get to see more of how Chu has chosen to paint her as more of a “grey character.” While she seems a bit more compassionate and altruistic than we may be used to seeing, we do see her kill on a whim. Call me Bat-like, but it was quite harsh even if you could say the victim deserved it. It seems that she has a soft spot for animals, much like her good pal, Harley Quinn.

On a side note, I can’t tell if the person Ivy killed is a man or woman, as they appeared in only two panels, one of which showed their entire face. Maybe it was Gramma Betsy of Mr. Show fame.

This issue spends a great deal of time getting to know one of Pam’s coworkers, Darshan. Call me crazy, but it almost looks like they’re setting him up to be a love interest for her. If that’s the case, he’ll probably end up dead before long.

Aside from the final page, I didn’t think this issue moved the story forward as much as it should have. The first issue set a high bar, so I can’t be too harsh. Despite my criticism, I hope DC picks Chu and Mann to be the creative team should Poison Ivy ever be awarded an ongoing series.