It’s another hit as the third issue of the awesome BATMAN/TEENAGE MUTANT NINJA TURTLES miniseries is going back to press for a new, second printing! Congratulations to James T. Tynion IV and Freddie E. Williams II on their incredible run! Cowabunga!
BATMAN/TEENAGE MUTANT NINJA TURTLES #3 Second Printing will feature a version of the original cover by Freddie E. Williams II with spot color.
In this issue of the miniseries co-published with IDW, the Batcave is overrun with Turtles—and its landlord is not at all pleased about it. But Batman’s going to have to put aside his animosity toward  his uninvited guests because he’s about to have his first run-in with their deadliest enemy, Shredder!
BATMAN/TEENAGE MUTANT NINJA TURTLES #3 Second Printing will arrive in stores on March 16th. 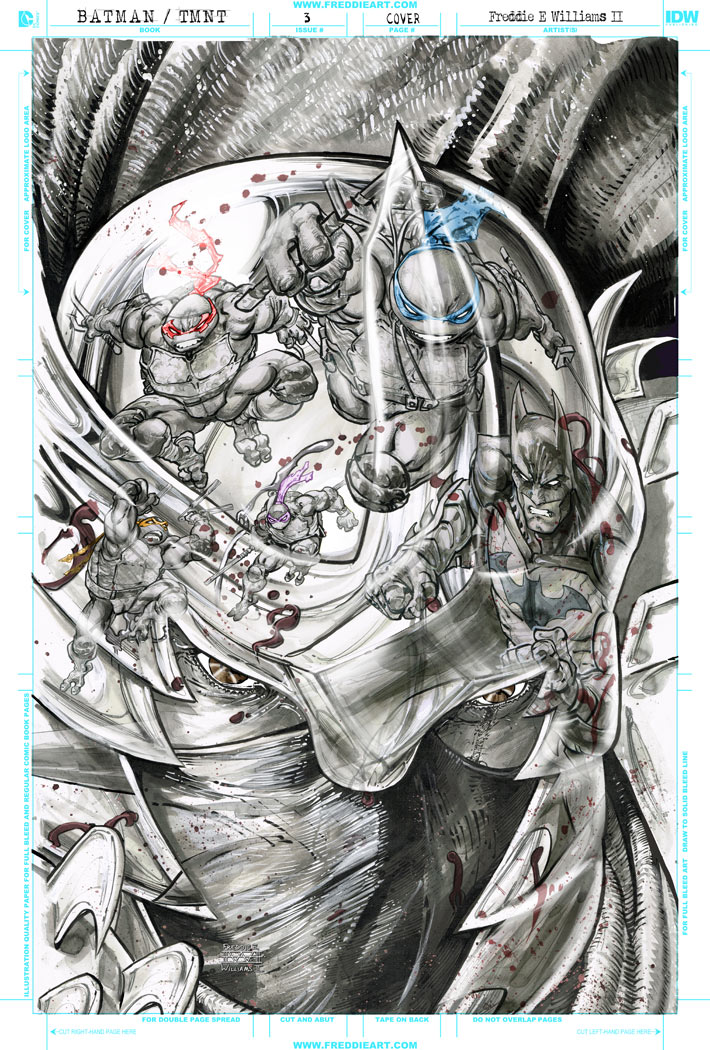