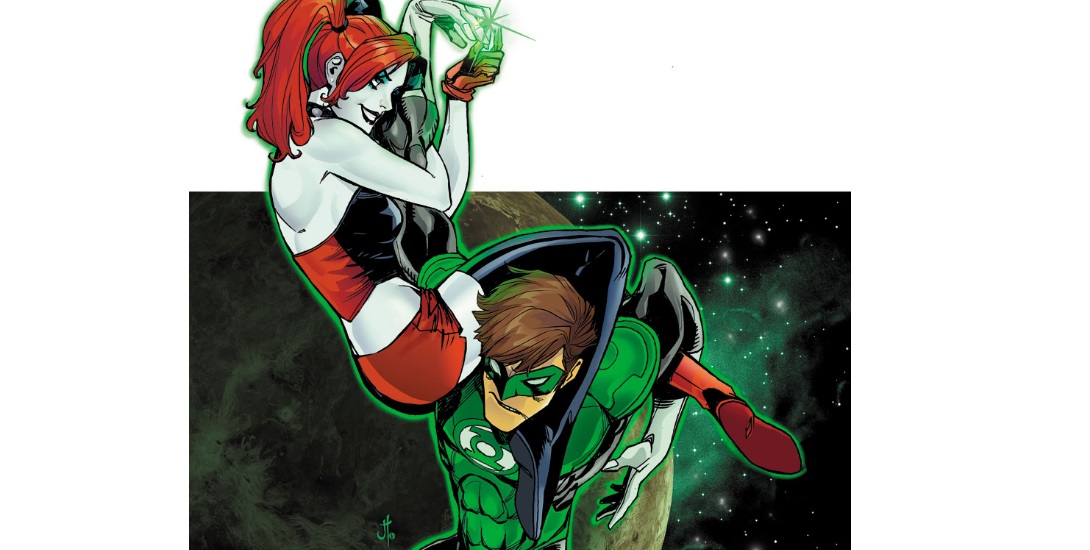 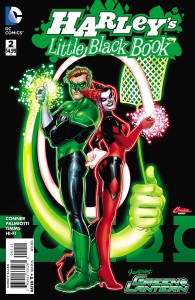 The second issue of Harley Quinn’s bi-monthly team-up book has finally arrived. I must say this book might feature some of the strangest team-ups since The Brave and the Bold series that launched nearly a decade ago (remember Supergirl and Lobo?). This particular issue sees our favorite pale-skinned gal meet Green Lantern, who is thankfully a more recognizable version of Hal Jordan and not the fugitive seen recently in his own series.

Once again, the same level of quality the flagship Harley Quinn title boasts carries over. Amanda Conner, Jimmy Palmiotti, and John Timms work together like a well oiled machine and it shows with every offering. It’s admirable that they are able to pump out a second book even if it is released every other month.

The long and short of the plot is as follows: a female alien that is highly reminiscent of Abin Sur crash-lands on Earth and is carrying a box containing various colors of Lantern rings. Some slackers happen across it and sell the cosmic jewelry on “WeBay.” Harley tries to bid on the Green Lantern ring, but is actually outbid by Geoff Johns (yep) and is forced to settle on a red/black hybrid ring. What could possibly go wrong?

If you guessed that the ring turns Harley super evil, then you’re right. I was surprised to find this issue isn’t really a team-up, but rather a stunning aerial ringslinging battle between the two sprinkled with innuendo (oh, how I love this iteration of Harley). A few twists and turns follow, which you will have to read for yourself when you pick up the book.

This functions well as both a Green Lantern and Harley Quinn story and should please fans on either side. The two go together like oil and water, yet the story somehow works. I guess the only thing I really didn’t care for was the inclusion of the London Legion of Superheroes, whom I could do without. Be sure to come back in two months when Zatanna joins the fun.