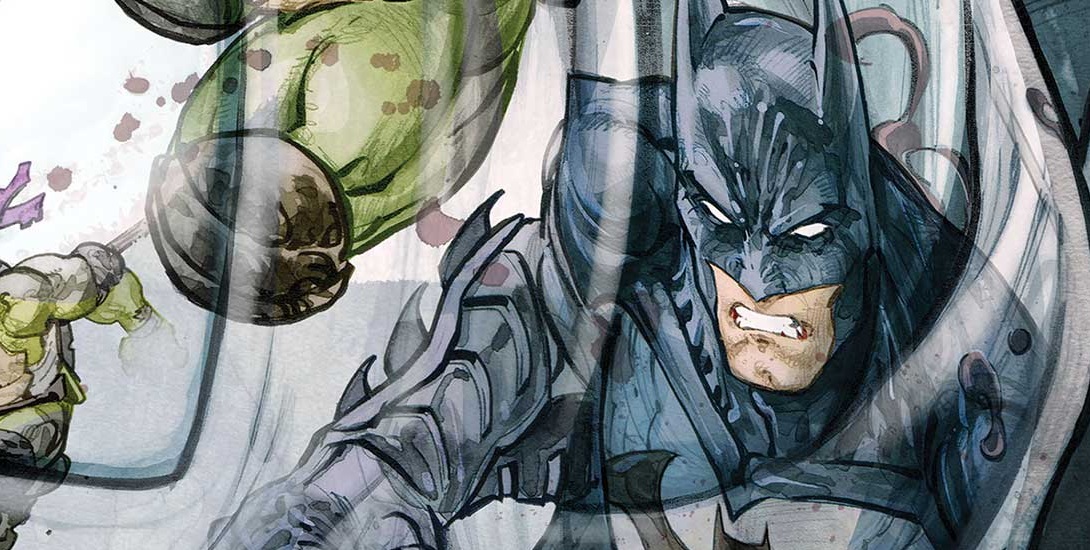 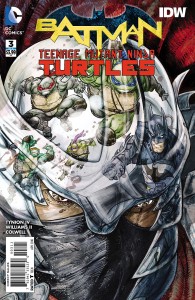 I feel as though I’m in danger of running out of ways to say how nearly perfect this mini-series is and we’re only at the halfway point! Perhaps it’s best that I hearken back to words used when I was a young lad who indulged in all things TMNT. Therefore, I will say that James Tynion IV’s writing is rather gnarly and Freddie Williams II’s artwork remains quite tubular.

You will be thrilled to know that this is the issue in which the team-up we have all been waiting for happens, as The Dark Knight and Heroes in a Half-Shell finally stand side by side and kick some Foot Clan ass. The protagonists continue to play well off each other and I’m probably not the only one that thinks Splinter is a great complement to Batman. Tynion seems to know every character included so well and how to utilize them.

Although Batman certainly has his spots, this issue felt like one TMNT fans will especially enjoy. Be sure to take in everything presented in those beautiful panels as we finally learn how the Turtles and their enemies were transported to the DC Universe.

Also to be found is Shredder making his bid for Villain of the Year; the guy is vile and commands attention. He gains a new ally in one of Batman’s deadliest foes at the end of the issue. It’s not like me to spoil such things, but I will say that it makes so much sense to pair these two.

I think I will conclude with a quote from Leonardo that best describes this issue: “But this here is a…. TOTALLY AWESOME TEAM-UP!”