The always amazing Kotobukiya have released details of their upcoming Batman v Superman ARTFX+ statues which combine to create a stunning diorama. Whilst they both look excellent standing alone, it’s when you combine the two that the magic really happens, fully setting the scene for when these two icons meet for the first time on the silver screen. Both statues are fully detailed and stand at a 1/10 scale which is approximately 7 inches each, so they are the perfect size for displaying without being too large. 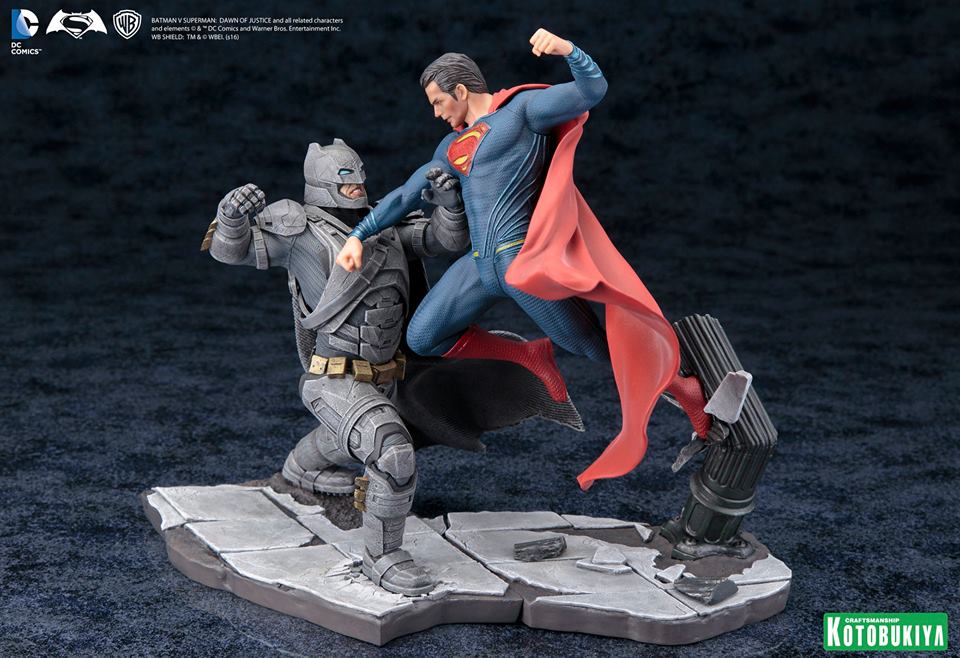 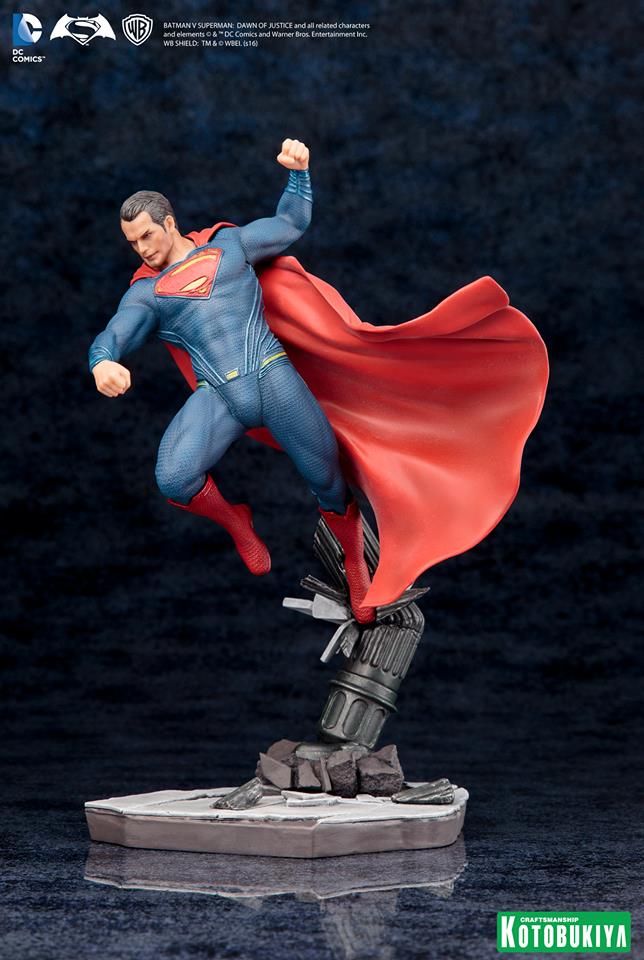 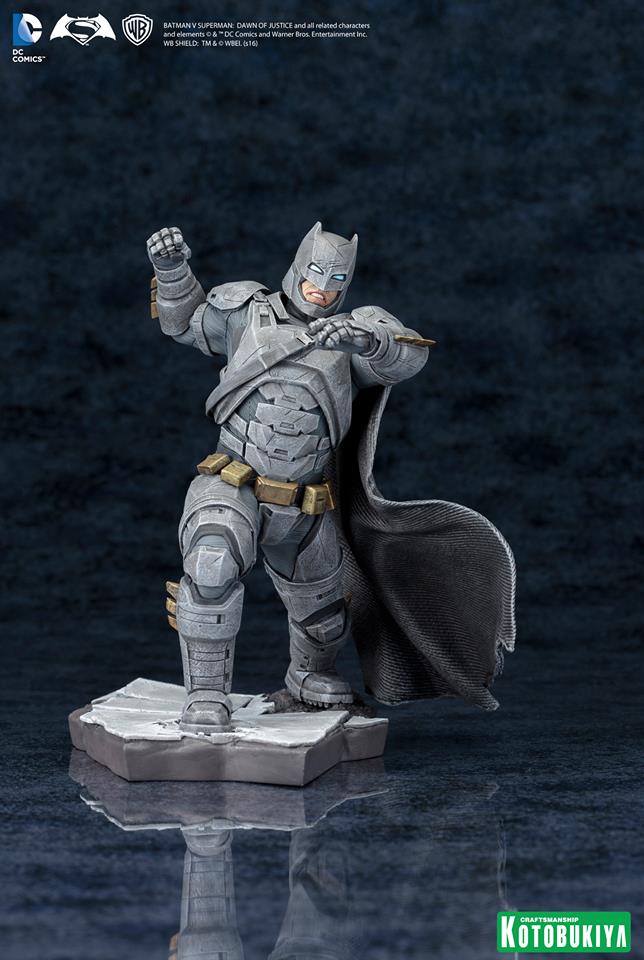 Both will be released in May 2016 and are available for pre-order at: http://store.kotous.com/us-licenses/dc-comics/batman-v-superman-dawn-of-justice.html