If Batman v Superman: Dawn of Justice is looking a bit too dark for your tastes, then prepare to see it in a completely different light. Comicbookresources.com have revealed a full look at Hot Toys upcoming Batman v Superman Cosbaby set based on the Batsignal confrontation glimpsed in the trailers.

The Armored Batman figure stands about 9.5 centimeters tall, while the flying Superman towers over Bats at 12.5 centimeters. The set also comes with a majorly cute little Batsignal too just to help you set the scene. So far, there is no release date for the set, but the Cosbaby line will also include other figures further down the line such as Wonder Woman, Aquaman and even a Batmobile! 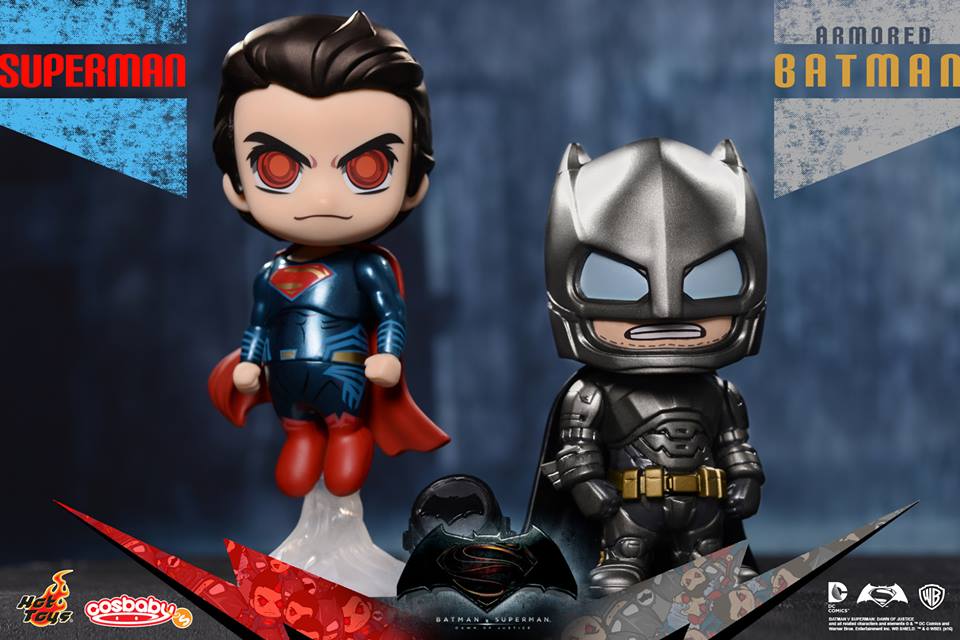 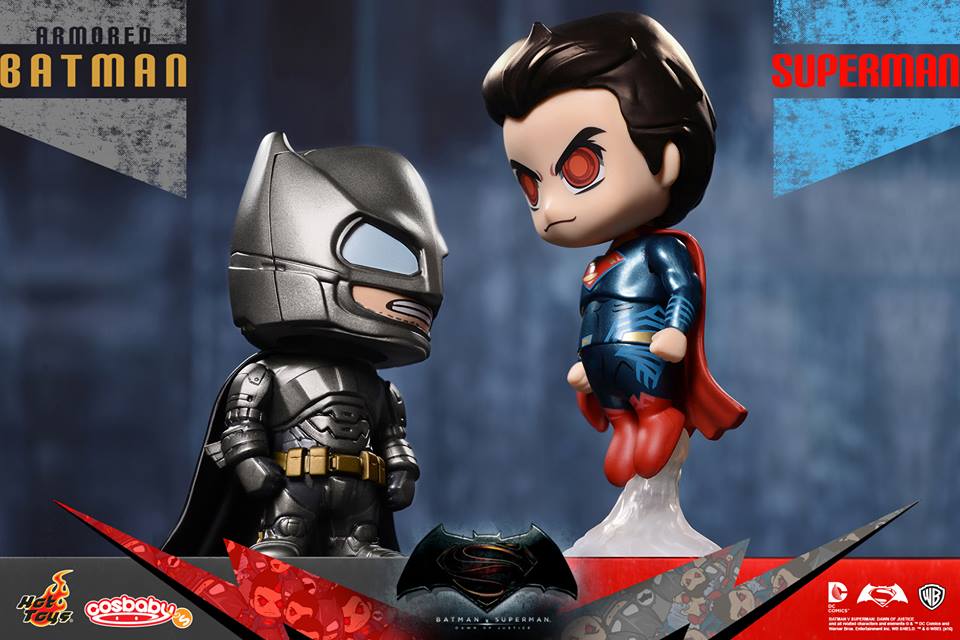