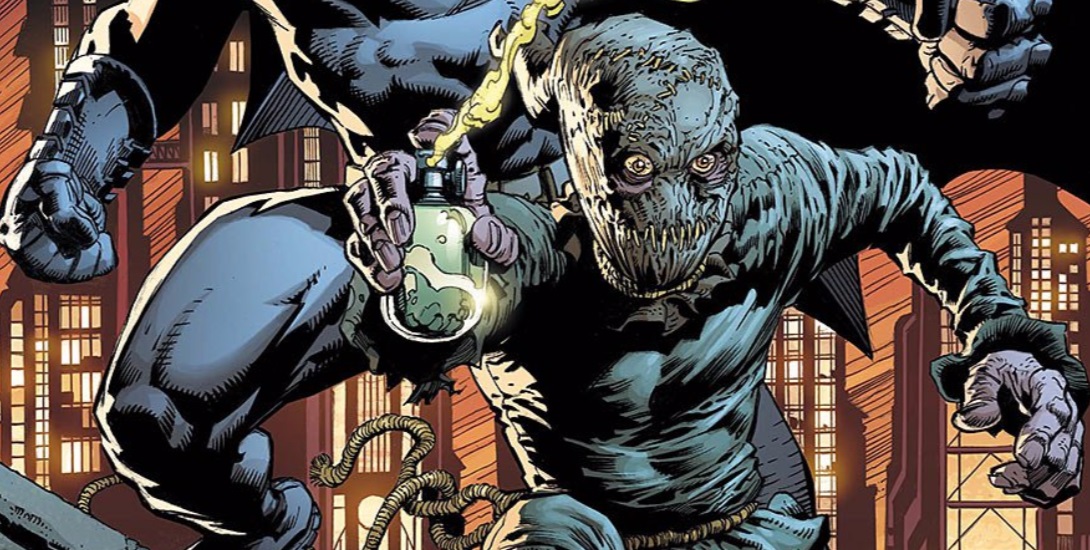 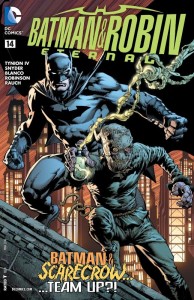 Batman & Robin Eternal #14 kicks off the second half of the title this week and with the best part of the story, the flashback. The dynamic duo are hitting the drive-thru of a chemical plant operating on the Scarecrow’s fear toxin. With a twist, the villain hacks into Batman’s cowl and instructs him to send Robin to the roof to dismantle a bomb while he confronts the Dark Knight.  What we find out from this encounter, I will not spoil for you here but I will say it’s awesome and classic Batman. The past is mixed in with the present, where Dick Grayson, Harper Row, Cass Cain and Orphan are in a bit of a pickle where Mother is threatening to set off a nuke and there’s no way out. Oh, but Orphan has a way but is sticking to the mission and tries to take out the rest. We get a nice friends moment between Harper and Cass while Dick takes it to Orphan. The team (obviously) makes it out and sets off to England in a cool final page.

After a few weeks of Cain-focused issues, Eternal roars back with an awesome issue. James Tynion IV handles the scripting and to perfection. He really nails the flashback scenes where Batman, Robin and Scarecrow are written perfectly. As for the present, I’m not as familiar with Row and Cain but Grayson is still a badass and can handle himself. As for the art, Fernando Blanco and Roger Robinson handle the doodles, which are yet again awesome. There’s a distinct difference between the flashbacks and the present, with the flashback getting the better pages. Eternal’s artist remain top notch, which is making me start to sound like a broken record.

Overall, great pacing, action and art make this one of the best issues so far in the story.