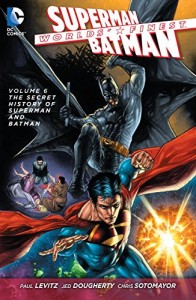 Those who love the Earth 2 books but haven’t checked out Worlds’ Finest are in for a real treat when they open this trade paperback. We all remember seeing Batman, Superman, and Wonder Woman fall in battle in the pages of Earth 2 #1 and have since received snippets of those characters, but what makes this volume so special is that it explores their backgrounds. Well, mostly Batman and Superman, but Wonder Woman plays an important role, which I will get to in a bit.

Writer Paul Levitz does a great job of expanding upon what James Robinson first established in Earth 2 #1 and never once made me say “been there, done that.” He’s joined by artist Jed Dougherty, who evokes a John Romita Jr. feel, but I have to admit the illustrations weren’t entirely for me. Some panels look remarkably better than others.

The story itself is narrated by Lois Lane/Red Tornado, who dictates accounts of key events in the lives of Earth 2’s Batman and Superman. It’s important to stress that I’m speaking of Bruce Wayne and Clark Kent, not Thomas Wayne and Val-Zod, although those two characters do play small but important roles. In short, this is Lois’ last great story.

Clark and Bruce’s backgrounds follow the same basic plot we all know, yet have remarkable differences. Part of me wants to go in depth, but I would be taking away from some of the most rewarding parts of your reading experience. I will say that Superman’s background has a close tie with Apokolips, which really made for a broad and enriching experience. It’s kind of like when a movie makes comic book villains tied to heroes in ways never seen before and the story ends up being all the better for it.

I will say that character is an Apokoliptian goddess named Intri who stalks Superman from birth to adulthood. One of the coolest scenes was when an adult Wonder Woman saved a young Clark Kent from his relentless pursuer. 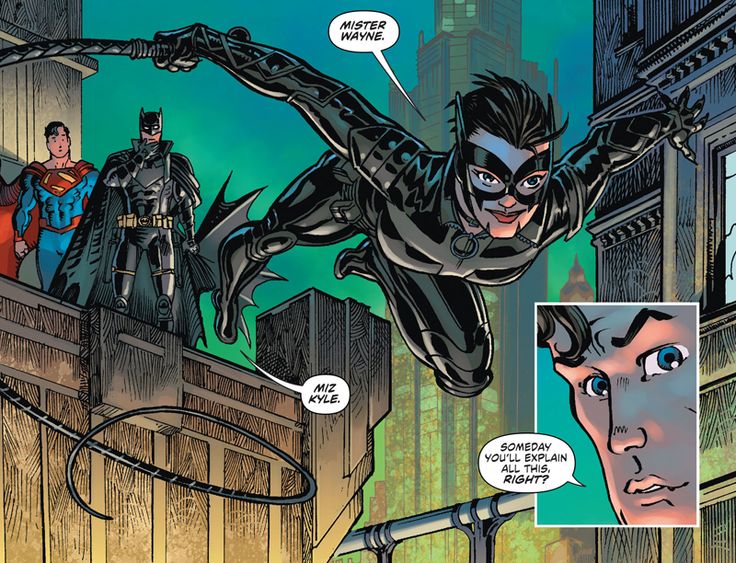 It might seem kind of silly to say this, but I really dig the costumes, especially Catwoman’s. As you may not know, Catwoman is a bit more heroic on this Earth and actually had a child with Bruce. That girl grew up to be Helena Wayne, whom we see as Robin in this book. I loved seeing her fight beside her parents and was also quite thrilled to see her friendship with Kara/Supergirl explored before they eventually go on to be Huntress and Power Girl, the monikers we now know them by.

All in all, this volume is a nice encapsulation of the lives of these versions of Superman and Batman. The addition of Intri made it feel like a complete story and not just a montage of events. Who wouldn’t cheer when seeing Batman fearlessly stand up to a god?

Get A Look Inside The Batcave in ‘Batman v Superman’