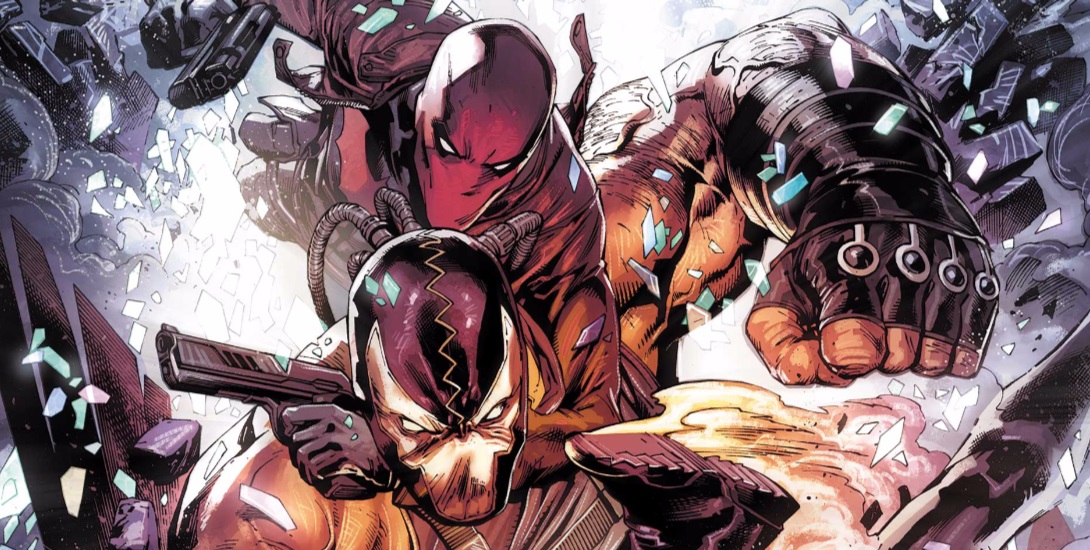 It’s a road trip to the south in Batman and Robin Eternal this week with Red Robin and the Red Hood flying to Santa Prisca to help connect some more dots in the case involving Mother. Apparently, St. Dumas has set up shop there but the place also happens to have a long history involving one big man: Bane. After taking on the two former Robins, the trio decide to take down the clan together (the enemy of my enemy is my friend). In what should be a bit of a shocker on the finale isn’t much of one at all, given that St. Dumas always has a deep connection with one certain character. Meanwhile, Dick Grayson and Harper Row are in the Batcave overseas trying to figure out a code themselves. They have a little banter, argue, then come to terms to help the team move forward.

Batman and Robin Eternal #9 didn’t do a lot for me. The story moved in places I didn’t really care about, and I’ll have to wait and see how St. Dumas connects to Mother before I totally write it off. I’ve never been able to jump on board with St. Dumas ever since I read the third Knightfall book back in the 90s. It’s just odd to me and too culty.

As for Dick and Harper? Meh. I was actually starting to pull for her in this title but how she was written in this issue really turned me off. She complains about her tough life and tries to act like she knows how to make it… to Dick? Please.

One good note on this issue? The art looks fantastic. Eternal seems to always have the best artists and this week is no different. Roge Antonio is new to me, but is a name I’ll keep with for future titles.

Overall, a good try from the Eternal team, but the whole St. Dumas / Azrael involvement isn’t my cup of tea.