Frank Miller: “When It Comes To Batman, I’m A Raging Dictator” 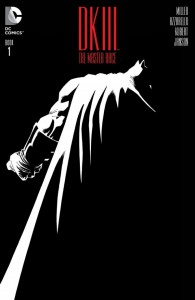 Frank Miller’s pretty honest when it comes to how he writes his comics, especially when working with people he’s been collaborating with before like Klaus Janson, from their acclaimed Daredevil run. He doesn’t think of himself as an iconic creator who helped reinvent the Batman for modern audiences during the era of comics that saw Bruce Wayne return to his grittier roots. For example, his reaction in an interview with Janson.

Not only was the first Dark Knight ahead of its time in terms of format and storytelling, you can see something that Frank did that was way ahead of its time, in that he introduced a female Robin… And that was groundbreaking 30 years ago. People are talking about diversification these days, but Frank was doing that 30 years ago. That was an amazing, and very forward thinking, thing that Frank was doing back then.

Miller quickly responds with a pretty basic reason for why he made Carrie Kelley to be Robin in the first place:

Well, thank you, but one of the reasons I did it was that I just thought the costume looked better on a girl… To me, she’s always been the most important part of the whole thing. She’s the apple of Batman’s eye and of mine…She is the complete symbol of youth. She is the future, and she’s everything that Batman is working towards.

On his own contributions to the upcoming Dark Knight III: The Master Race, he brings up how much it’s co-writer Brian Azzarello’s baby and that he was brought on board just to bother him:

Brian wanted to do it, and it sounded like a fine idea to me. He brought me in to just bother him. Brian knows exactly what he’s doing, and I’ve been happy to advise him and offer what suggestions I have…When it comes to Batman, I’m a raging dictator. I’m looking hard to remind Brian about what I think the essence of the character is. Batman is very, very unlike other heroes. Superman is very much a super ego, wanting an orderly world, whereas Batman is an agent of chaos, looking to disrupt order. He’s a super id. They’re a perfect balance — they’re the World’s Finest team, they belong together … punching each other senseless

With Dark Knight III launching this week, what else is in Frank Miller’s future? Well, beyond teasing another Dark Knight series, he has plans for a new Sin City comic.  However, what Frank Miller wants for the future of his career is incredibly simple. He wants to continue to piss people off with his work. No, seriously, that’s what he wants.

I think I’ve done a good job my entire career pissing everybody off, I hope to keep pissing people off with every single thing that I would do