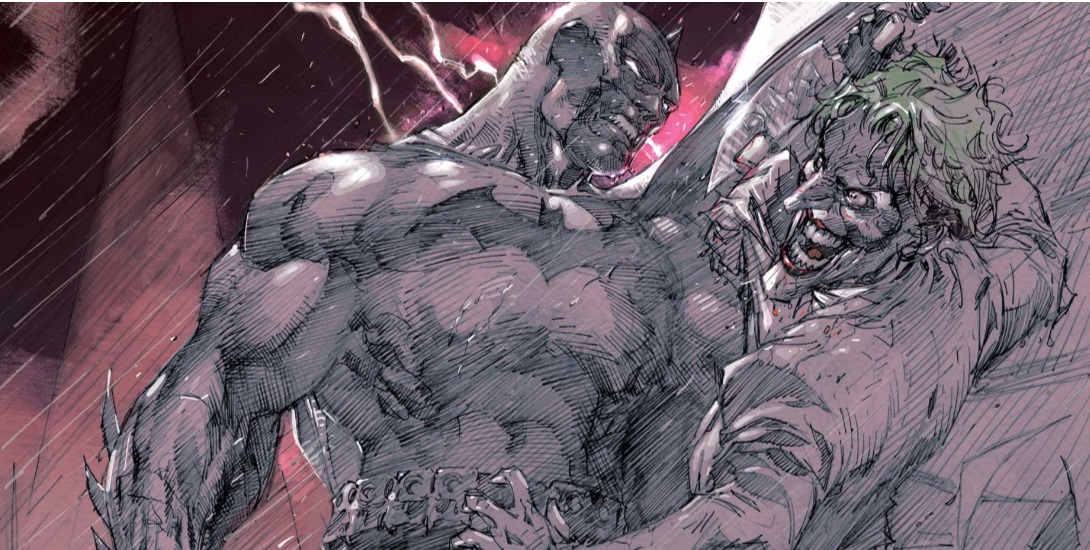 Batman: Europa isn’t trying to hide anything: Batman’s going global. With a quick, intriguing opening, we are dropped right into a fight between the Dark Knight and Killer Croc, which takes me right back to Batman: Hush (also drawn by Jim Lee). This fight is a little tougher for Batman than it should be and he notices it. Upon returning to the Batcave, Bruce has this discussion with Alfred before realizing his computer has a virus… or so he thinks. This takes him overseas to track down the source of the virus, revealing that HE is actually infected and so is the person he meets in Berlin… the Joker, who is also affected. This teases us to one of the most unlikely team-ups for the next issue.

Batman: Europa is FINALLY out and it couldn’t come at a better time. Bruce Wayne is behind the cowl and can give fans not reading the current Batman title a much-deserved payoff. This situation reminds me of when Kevin Smith’s The Widening Gyre was on store shelves while Dick Grayson was behind the cowl. While this book isn’t the greatest issue of all time, I’m sucked right in because it’s Bruce suited up, taking on the Joker, with Jim Lee guiding our way. Perfect! Brian Azzarello has also given us a good mystery that’s really easy to grasp and get excited for, not to mention making us wonder when in the story we’ll revisit the incident of the first page.

Overall, a great introduction to a long-awaited book. Although Jim Lee isn’t returning for issue #2, Azzarello is and I’m still excited for what’s in store the next three months.