DC Collectibles has some pretty cool figures, statues, and busts arriving in June 2016, and perhaps the most notable of the bunch is the five-thousand dollar brass Batman statue, which would certainly put a larger hole in your wallet than dropping the heavy metal statue through a glass coffee table would do as such; then again, the latter wouldn’t produce a hole, but would shatter the entire glass table.  Indeed, a five-thousand dollar brass statue should be quite heavy and durable, and would most likely serve as a formidable defensive item for use against violent burglars during the middle of a nocturnal home invasion, particularly if you are lucky or skilled enough to approach one of the offenders stealthily as Batman would, without being detected.

BATMAN: THE DARK KNIGHT RETURNS 30TH ANNIVERSARY BUST
SCULPTED BY ALTERTON
February 2016 marks the 30th Anniversary of THE DARK KNIGHT RETURNS—and to celebrate, DC Collectibles offers this spectacular Batman bust based on the art of Frank Miller!
This bust is stamped on the backwith a special DKR30 logo.
Limited Edition of 3,000
Measures Approximately 5″ Tall
$50.00 US • On Sale February 2016 * Allocations May Occur 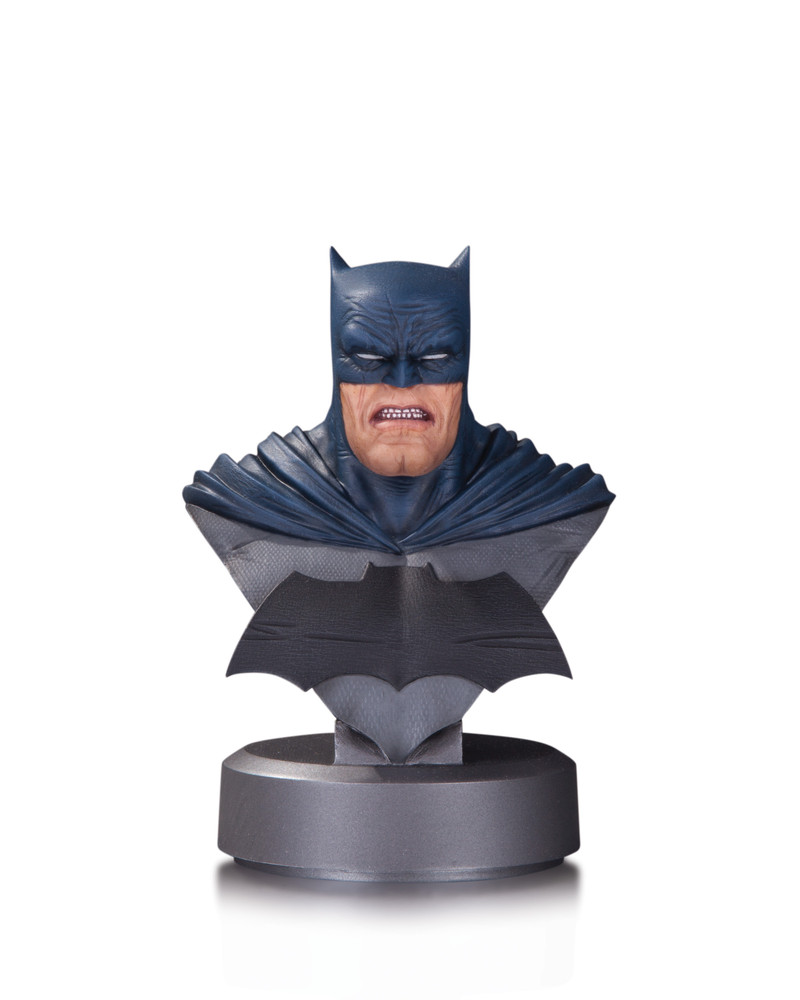 DC COMICS DESIGNER SERIES: DARK KNIGHT III: THE MASTER RACE BATMAN BY ANDY KUBERT STATUE
BASED ON THE ARTWORK OF ANDY KUBERT
SCULPTED BY ALTERTON
Legendary writer/artist Frank Miller returned to the world of Batman in 2015 with the new miniseries DARK KNIGHT III: THE MASTER RACE, teaming with superstar artist Andy Kubert! Now, Kubert’s vision of the Dark Knight is rendered in three dimensions in this spectacular new statue.
Limited Edition of 5,200
Measures Approximately 12″ Tall
$150.00 US • On Sale June 2016 * Allocations May Occur 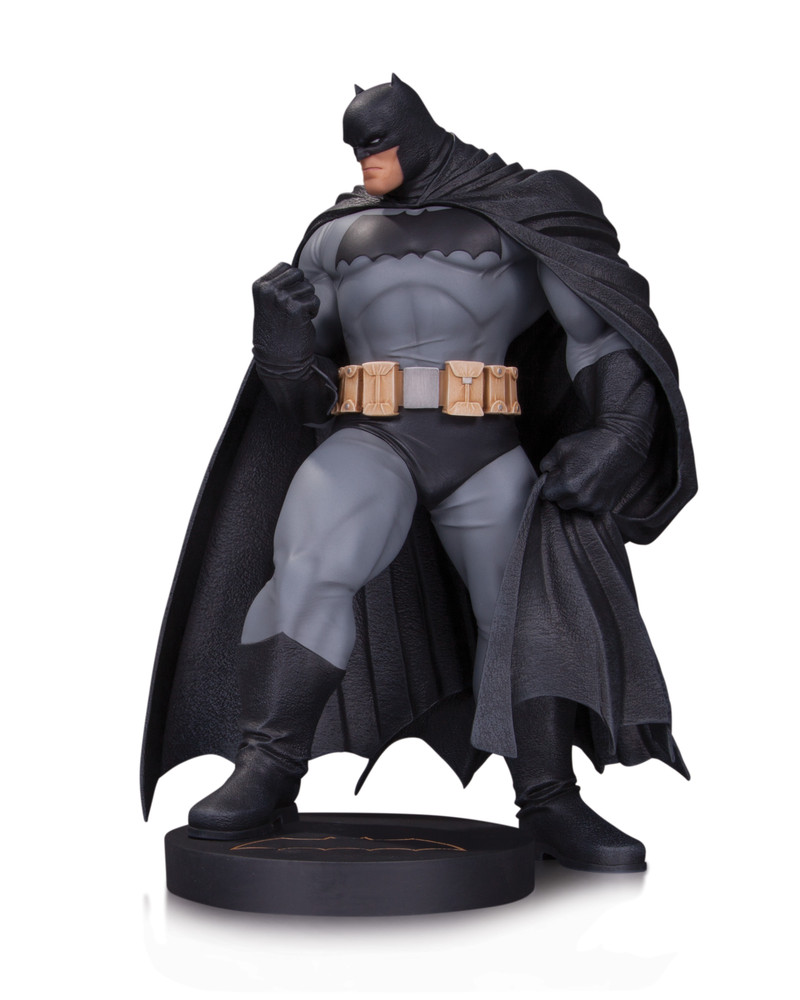 DC COMICS BRASS BATMAN STATUE
Batman is captured in this timeless, high-end statue. Cast in brass, the statue is shipped in its own custom wooden crate and includes a pair of handling gloves.
This item is strictly limited to 100 pieces, so order yours today.
Measures Approximately 20″ Tall
Weighs Approximately 36 Pounds.
$5000.00 US • On Sale June 2016 * Allocations May Occur

WONDER WOMAN: THE ART OF WAR – WONDER WOMAN BY AMANDA CONNER STATUE
DESIGNED BY AMANDA CONNER
SCULPTED BY KAREN PALINKO
Wonder Woman, a symbol of strength and empowerment for women everywhere, comes to life like never before in this exclusive ART OF WAR statue produced by an all-star, all-female creative team including designer Amanda Conner, sculptor Karen Palinko, painter Kim Dullaghan and art director Janice Walker. This fierce God of War is ready for action!
Limited Edition of 5,200
Measures Approximately 8.25″ Tall
$80.00 US • On Sale June 2016 * Allocations May Occur 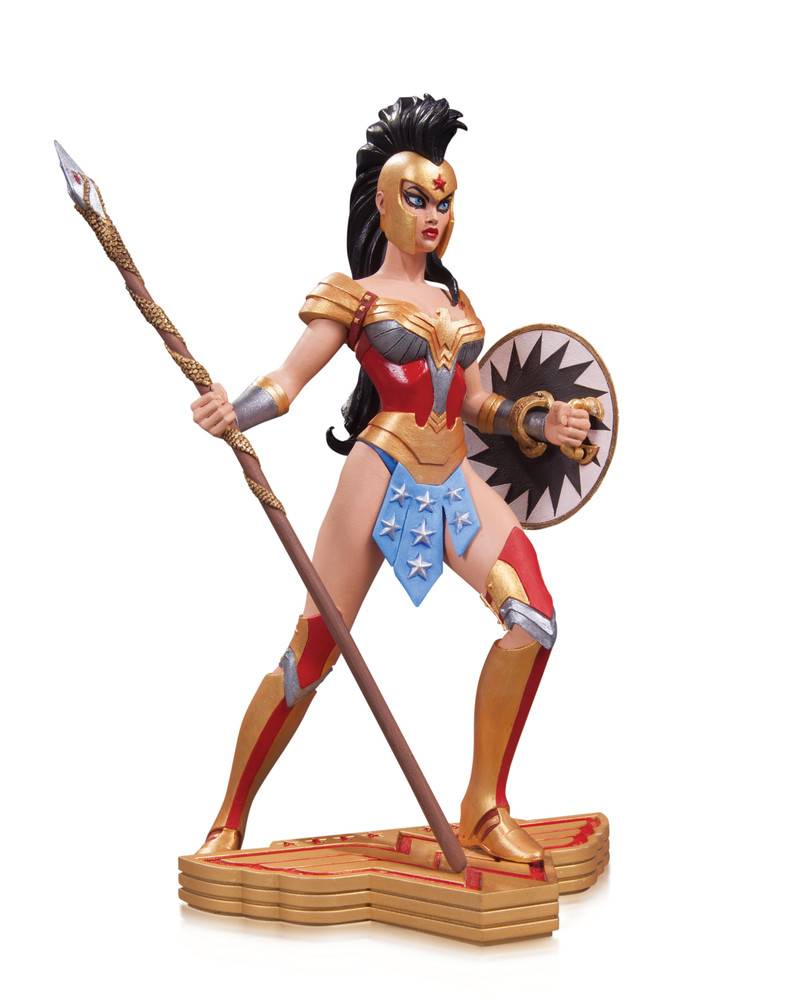 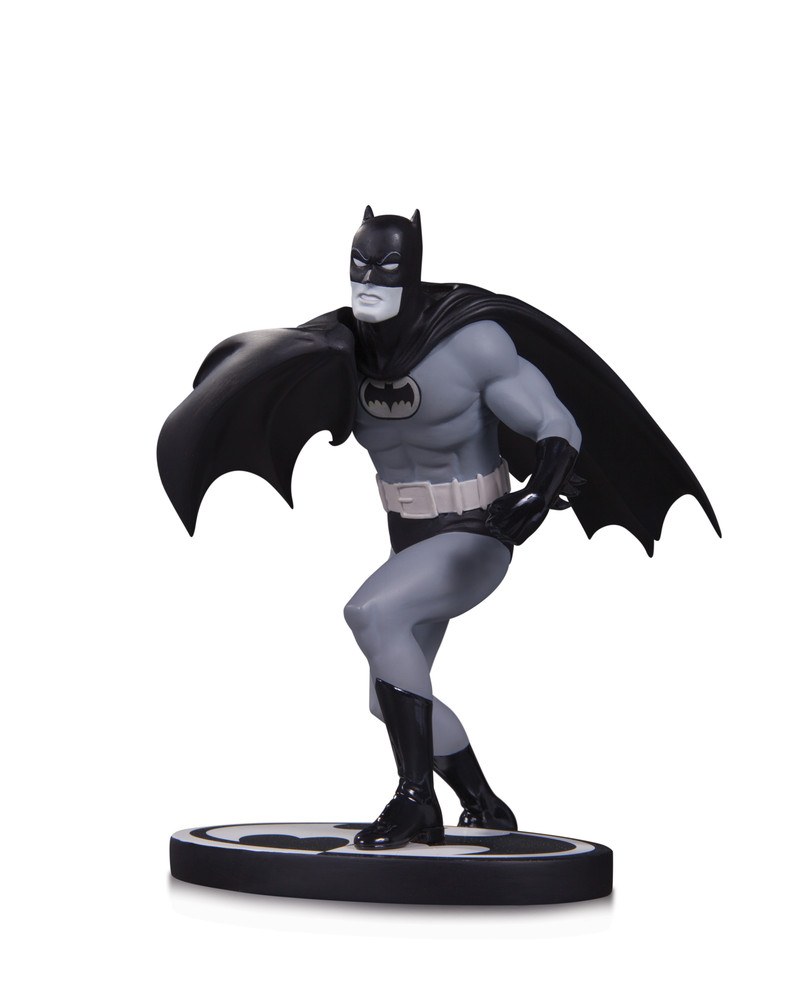 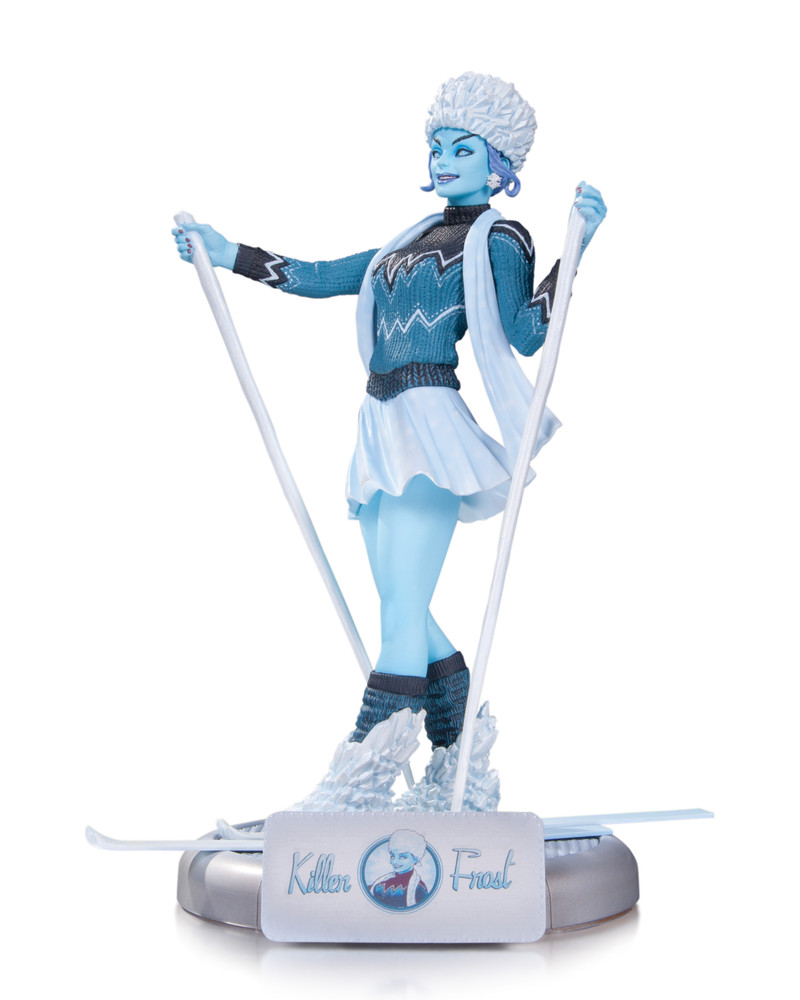 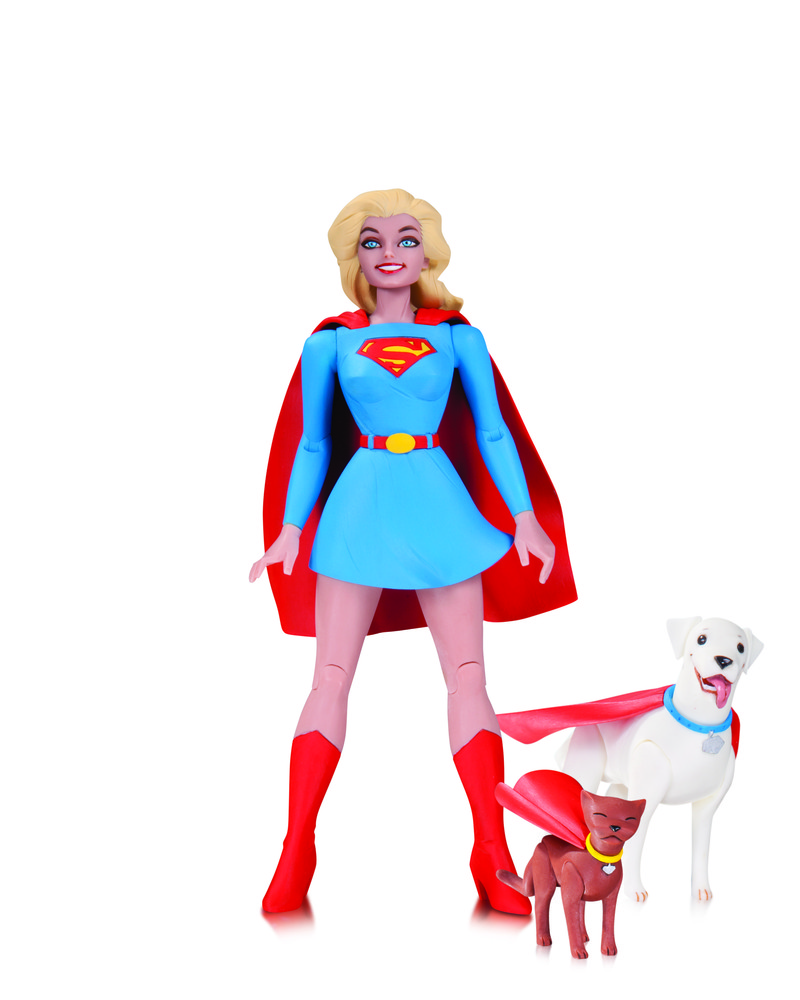 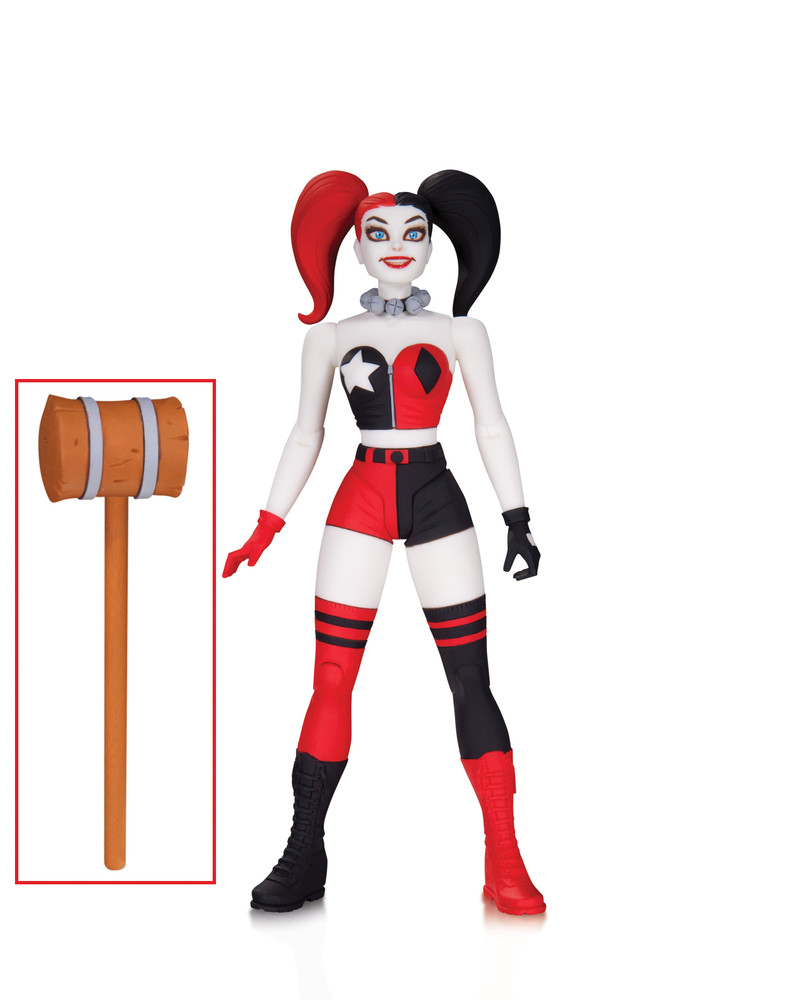