Arkham Knight Season Pass holders will be pleased to know that November 24, 2015 will be the day that entitles them to a considerable amount of DLC, which includes character and Batmobile skins, Batmobile race tracks, Augmented Reality Challenge maps, and perhaps most importantly, Catwoman and Robin Arkham Episodes, which are story missions.  Those of us without Season Passes should be able to purchase DLC packs separately.

Arkham Episode: A Flip of a Coin [starring Robin]

Furthermore, here’s some information on the Arkham Episodes:

There are two more Arkham Episodes coming in November. Catwoman’s Revenge puts players in control of Catwoman as she sets out to infiltrate the Riddler’s HQ as the final humiliation in their encounter. A Flip of a Coin, sees Robin dealing with the aftermath of Batman’s disappearance and hunting down Two-Face. The three post-launch Arkham Episodes are all roughly the same duration and are intended to be short, narrative vignettes that give a sense of what has happened to each of these characters after the events of Batman: Arkham Knight. We’re also converting these environments into new challenge maps to give more replay value to these packs.

Here are screenshots that help to showcase the upcoming DLC: 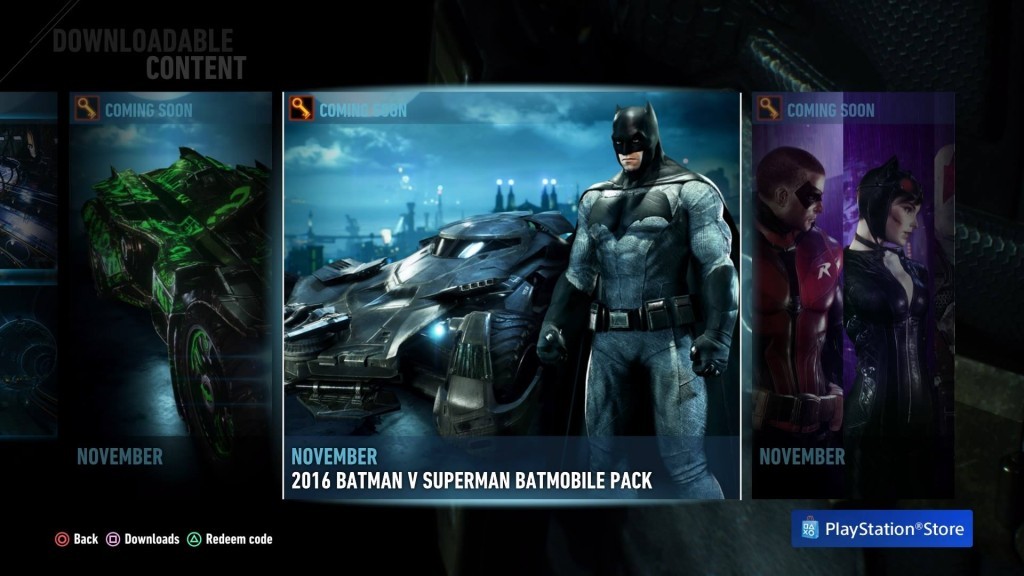 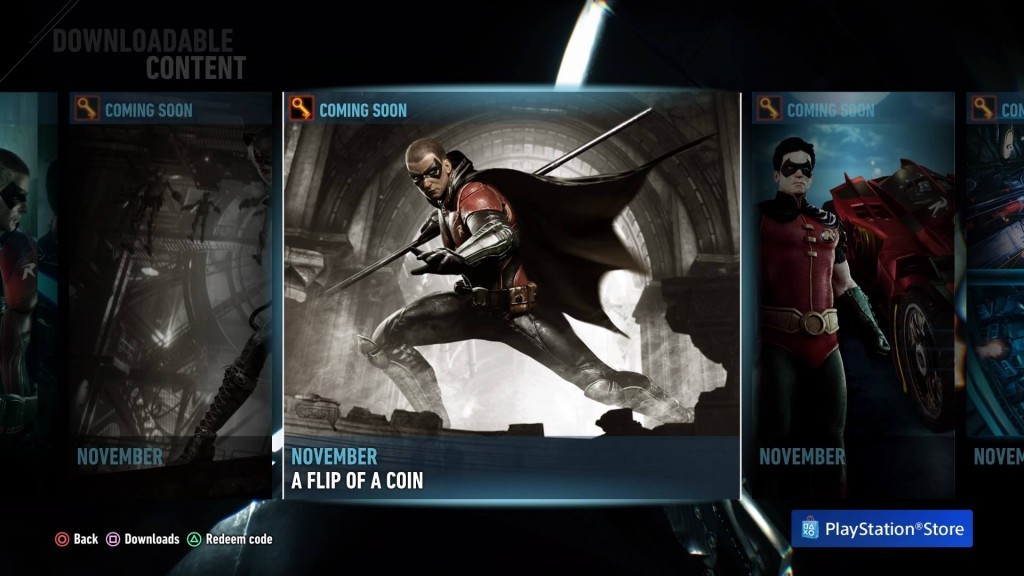 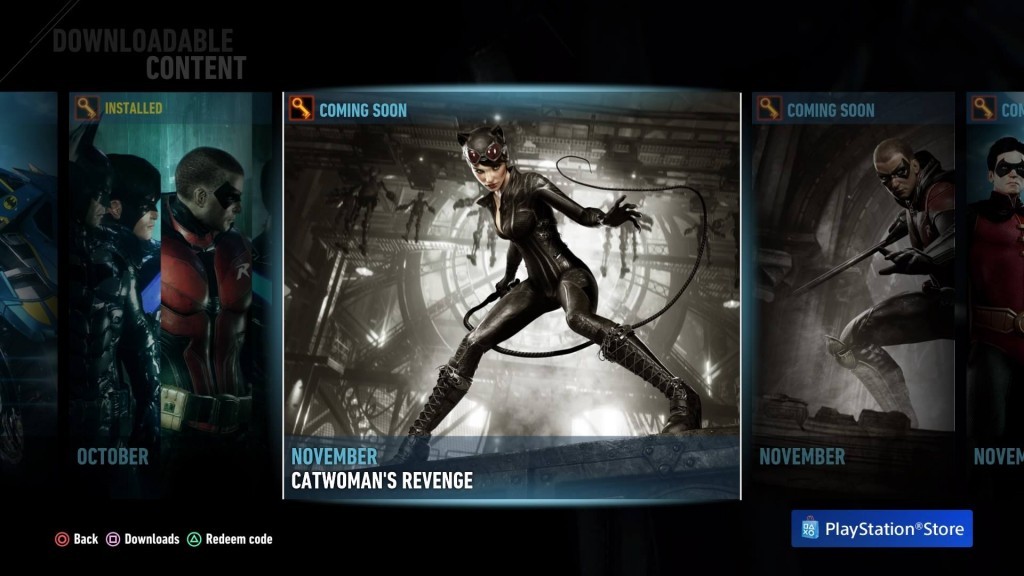 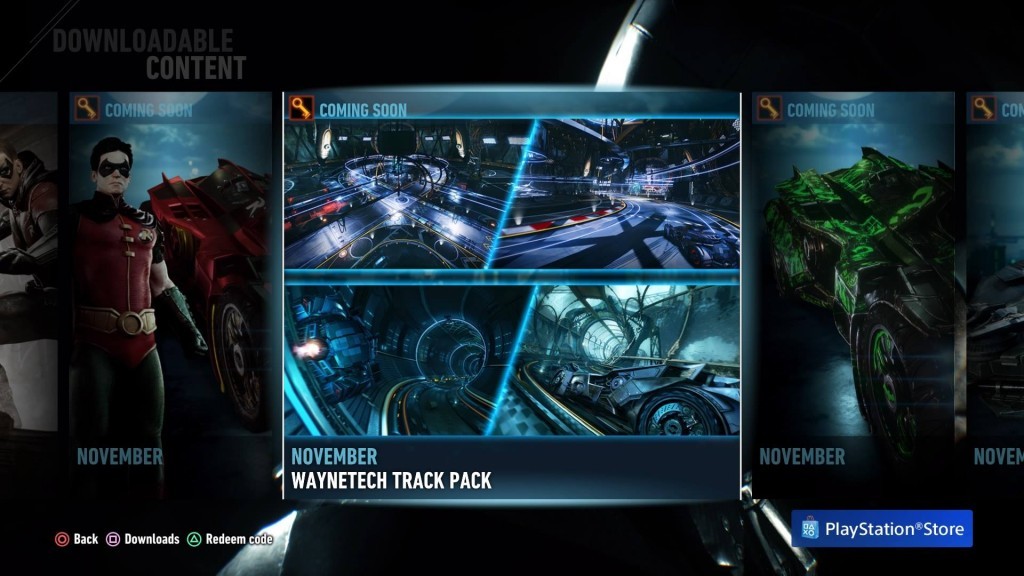 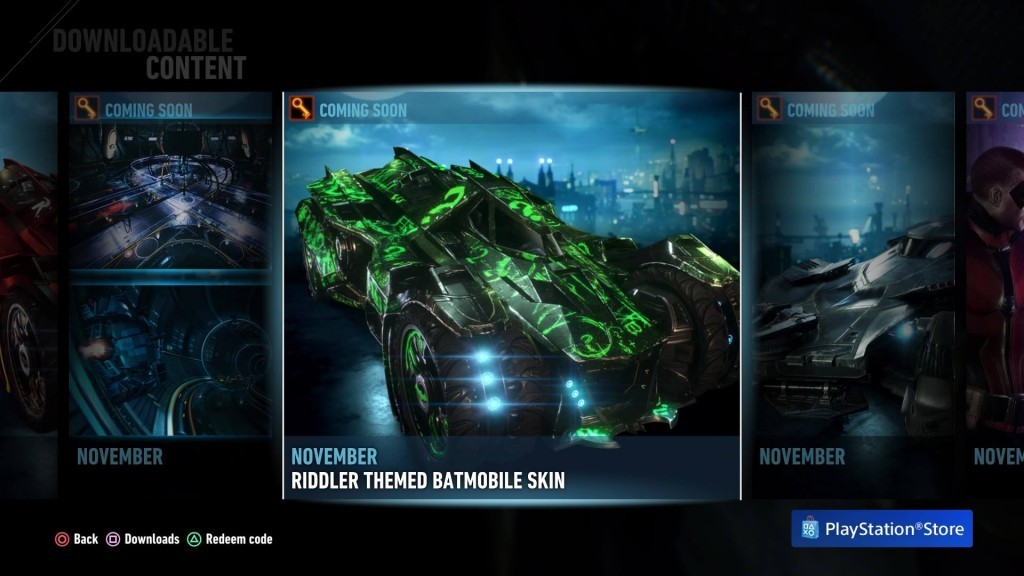 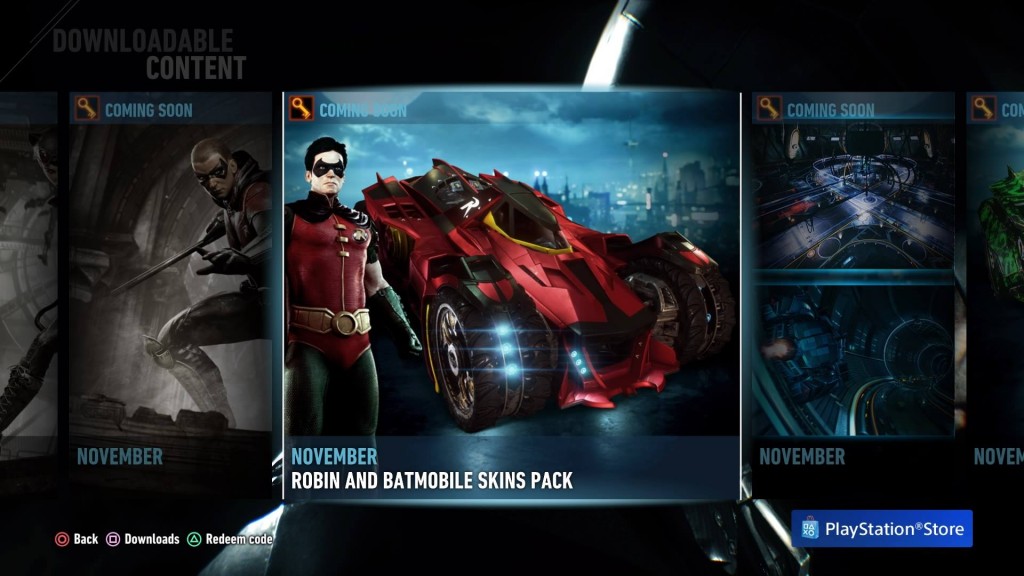 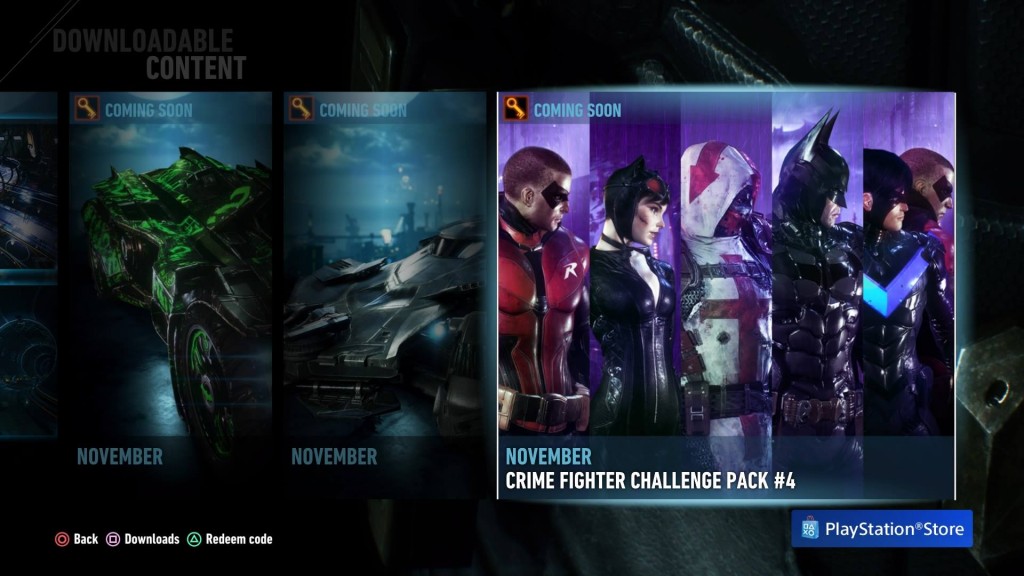 Bring on that digitally-induced hypertension!

Additionally, a free update/patch will be released on November 24th which will enable the Character Select function for Invisible Predator AR Challenges.

Gotham’s Winter Finale is Imminent, but the Show Will Return in February