Gotham’s Winter Finale is Imminent, but the Show Will Return in February

Gotham‘s Winter Finale is imminent, and the show’s final two episodes of 2015 remain to be seen.  Gotham will return to Fox on February 29, 2016, when we shall witness the continuation of what is referred to as the Rise of the Villains.

Numerous plot developments for a handful of characters have become apparent to the audience for the duration of season 2, thus far.  Certain villains have experienced particularly traumatic occurrences that appear to have been been catalytic with regard to conceivable psychological or existential factors that could be attributed to the nature of such a subtitle as Rise of the Villains; indeed, that statement is perturbing in its vagueness, and thus, to dispel the mist, you should probably watch the show to find out for yourself — perhaps via Fox Now, some unspoken arcane method, or your cable company’s On Demand service.

Since the inception of season 2, some fans might claim that Gotham has become darker in tone (save for a few quirks) and arguably slightly more violent in content; regardless of whether or not this is true, many fans of the show should agree that such an exhibition in such style and content is rather appropriate, particularly because one of Gotham’s goals is to portray why Gotham City comes to require the existence of Batman, a morally sound vigilante who steps outside both the law and basic existential norms in order to protect citizens, save lives, and eradicate corruption.  Since this is the case, we can appropriately presume, or even expect, things to get worse in Gotham City. 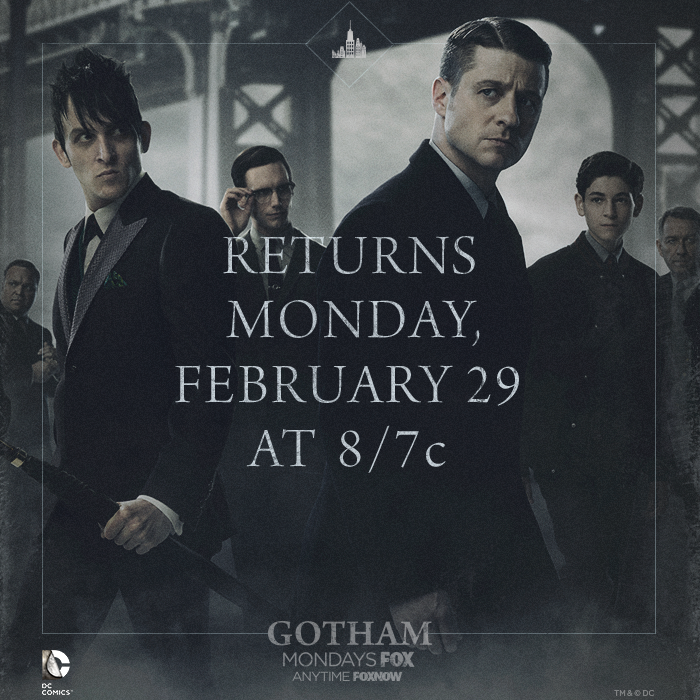 GOTHAM shall return in 2016. Indeed, patience is a virtue.

Patience will begin to wear thin after 2015’s Gotham episodes end, and fans will be left in the cold (mostly due to the nature of winter) until the show returns in early 2016.  Until February, there is, and will be, a considerable amount of time to catch up on the episodes you might have missed, while there is also time to speculate the paths and fates of Gotham‘s characters.  What of Theo Galavan, especially if you consider the situation he found himself in at the end of season 2 episode 8?  What of Penguin’s current particular predicament in the woods?  What of everyone?  Leave your thoughts in the comments section, if to do so is your desire.

Stay tuned for Gotham, Mondays on Fox at 8/7c, and be sure to mark your calendars for its return in February. 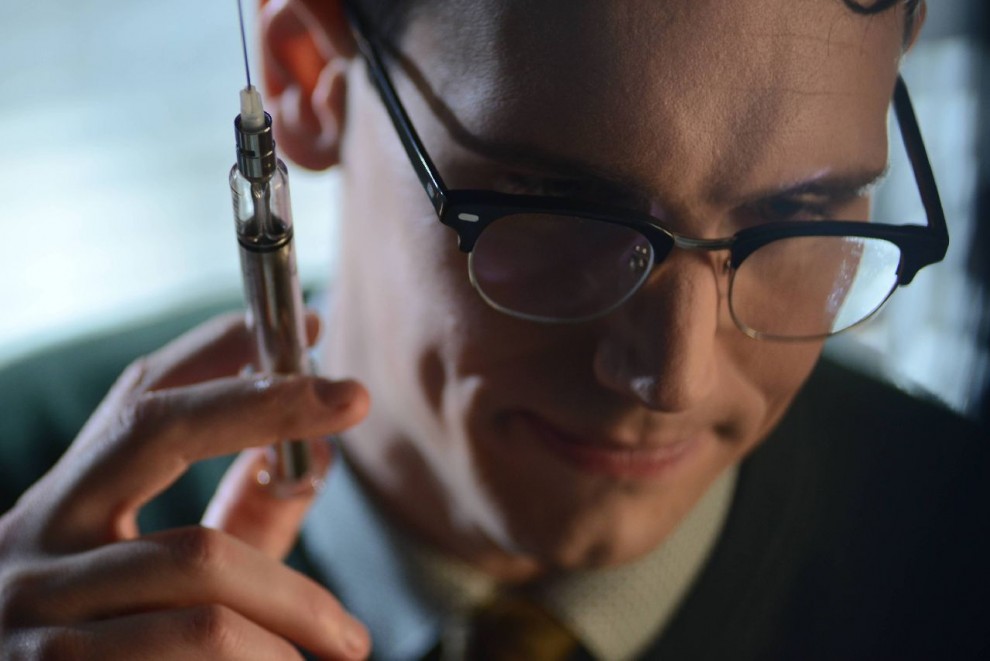