Leave it to Tony Daniel and James Bonny to keep things moving…fast.

Deathstroke #11 finds our favorite mercenary pitted against Amanda Waller and the Suicide Squad. His mission: to find his daughter—if she’s still alive, that is.

The issue, titled, “Assault on the Wall,” opens with a heart-pumping image of Deathstroke free-falling from a helicopter toward Belle Reve, a secret underground fortress designed to imprison super-criminals and dangerous Metahumans. The reason for the jump? Disturbing intel Deathstroke received thirty-six hours earlier from his Danger Island host, Victor Ruiz courtesy of a 24-7 surveillance camera showing Slade’s daughters home under attack.

When Deathstroke gets to the house twelve hours later the place looks like a war zone, but there’s no trace of his daughter. Once inside the house he finds a dead woman dressed to look like his daughter with a message scribbled on the front of her shirt that reads: We had a Deal. Waller? Ring a Bell? 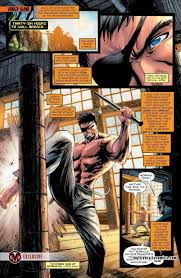 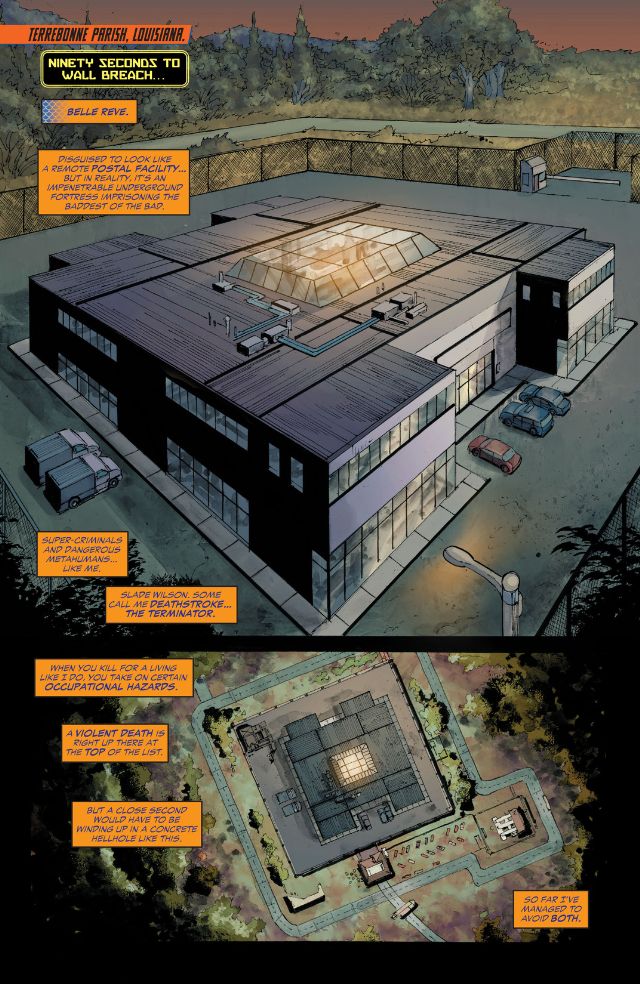 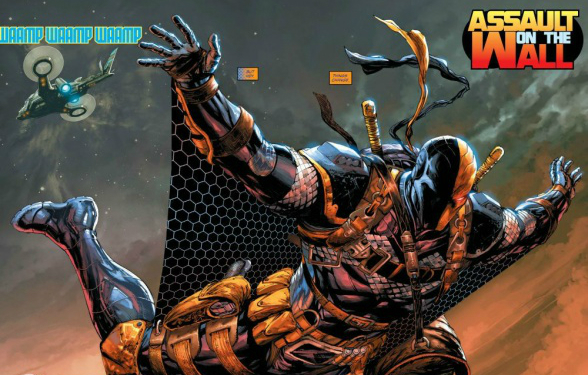 Deathstroke instantly recognizes the meaning of the message as a reference to a past, unfulfilled promise to Harley Quinn. The pieces quickly fall into place from there, leading him to believe Harley is responsible for the attack on his daughter. Enraged, he sets his sights on locating Harley to find out the whereabouts of his daughter, but also to make her pay dearly for her actions.

Soon after, Deathstoke parachutes to a safe landing at the Belle Reve impound, he locates Harley, as well as, her fellow “Suicide Squad” partner, Deadshot. There’s no love lost among this group as all three are eager to settle old, salty scores. After the initial confrontation, including a choke out of Harley Quinn and a fist-to-cuffs session with Deadshot, a rundown of the dead girl’s message and the timeline of events makes it clear that someone other than Harley is responsible for setting Deathstroke up. 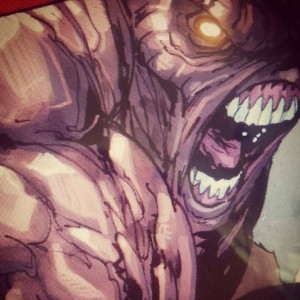 The issue ends with Deathstoke falling into the water and being grabbed from behind by the Blank Manta who whispers, “Payback time, Slade.”

Although topping the ending to last month’s “audience jarring” issue showing Deathstroke’s eye gouging incident where he ripped his own eye from its socket to offer it as a blood sacrifice would be a stretch, this issue is a great follow-up. It’s entertaining and fun and presented in the classic military style we’ve all come to expect, and love, from a Deathstroke comic. The action-oriented artwork and intriguing storyline, particularly with so many unknowns looming, looks promising for the upcoming issue.