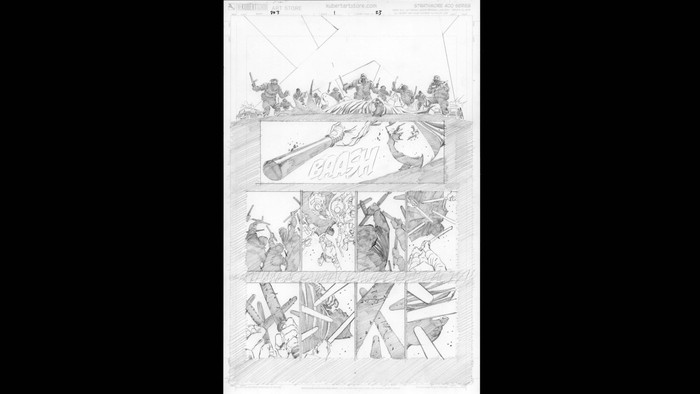 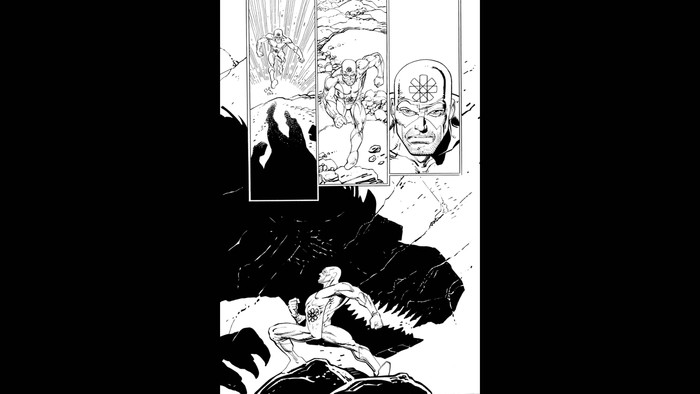 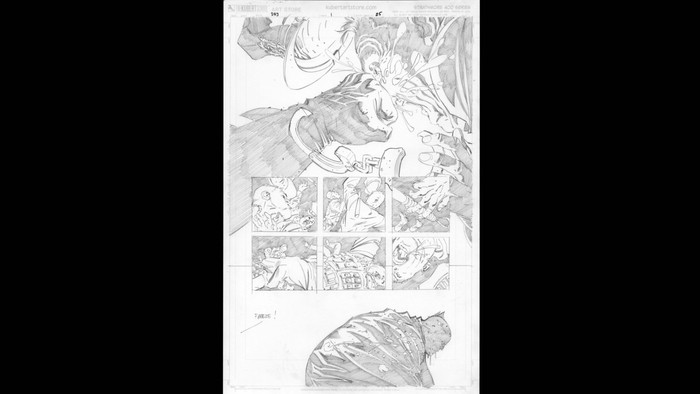 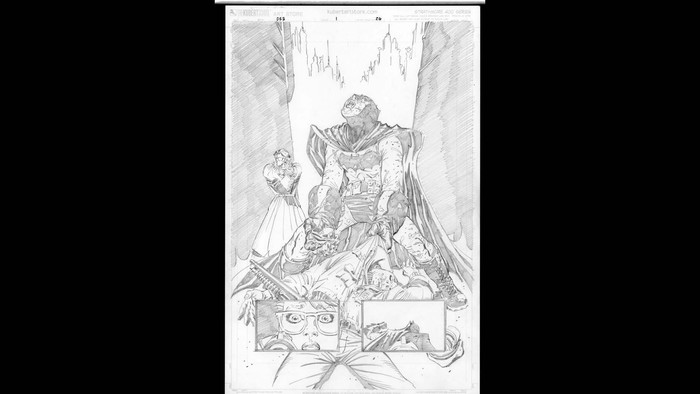 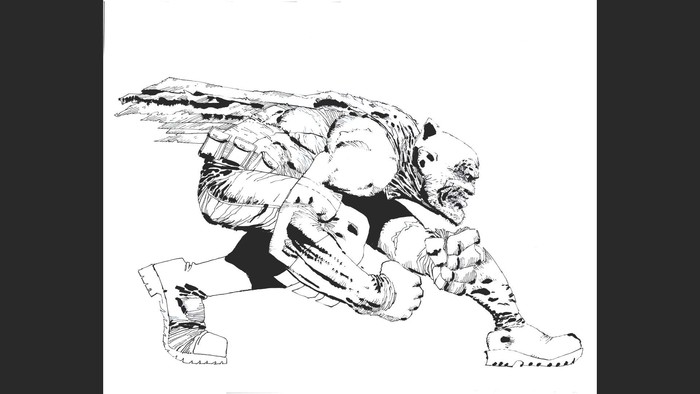 ORIGINAL STORY: Below is a press release we received regarding New York Comic Con’s panel for The Dark Knight III: The Master Race.

Fans Not Only Get the Latest on the Final Chapter in Frank Miller’s Epic Trilogy, but Get It From the Source With A Surprise Cameo Appearance By A Comics’ Icon

The Javits Center’s Main Stage was the hottest spot in town Friday morning as fans finally got to hear the latest on Frank Miller’s final chapter of his game-changing DARK KNIGHT Trilogy, DARK KNIGHT III: THE MASTER RACE (DKIII). DCE’s John Cunningham moderated a panel of comics’ cream of the crop: DCE Co-Publisher and artist extraordinaire Jim Lee, DKIII writer Brian Azzarello, DKIII artist Andy Kubert and inker Klaus Janson. Each of them discussed with fans how Frank’s work, both leading up to and including DARK KNIGHT was such an influence on them.  Fans were also treated to some of the groundbreaking art from both THE DARK KNIGHT RETURNS and the sequel, DARK KNIGHT STRIKES AGAIN.

With so much praise, his ears must have been burning, because Frank Miller himself made a cameo appearance as one of the panelists, to a fan-crazy chorus of cheers from those in attendance. He spoke at length about how this story was years in the making and how he plans to bring about a truly satisfying conclusion to this final chapter of the DARK KNIGHT Trilogy.

Fans were then treated to early pages from Book One of DKIII, in addition to learning more about the DARK KNIGHT UNIVERSE mini comic that Frank Miller and Klaus Janson will be delivering as part of this 8 issue magnum opus. The first installment, DARK KNIGHT UNIVERSE Presents THE ATOM, is included when the first issue of DKIII goes on sale November 25th and represents the first time Frank and Klaus have collaborated on a project together in nearly 30 years.

If you couldn’t make it to the panel, never fear, the gallery above includes interior art from all three DARK KNIGHT titles, and the ATOM mini comic!

For a full list of all of DC Entertainment’s panels and signing at New York Comic Con, download the DC Entertainment Convention app, available for iOS and Android users.