The prodigal son returns home for the first time since he faked his death after Forever Evil. Batman suddenly went dark during the secret mission to infiltrate Spyral and Dick’s returned home to find out just what the deal is. I’ve been waiting for this issue since the series began, when Dick would get back to Gotham City, see what’s changed, and perhaps begin to reintroduce himself into life post-faked death. Maybe he’ll stay a spy? Who knows? What’s important is Dick is about to learn what became of Bruce after Endgame, and at least Alfred knows he’s still alive.  Two Boy Wonders coming back to life for him in the same year can’t be good for his heart. Also, this issue is full of callbacks to previous issues of Batman with all those lines. I could name a few from as far back as the Silver Age and as recent as the Nu52 run of Nightwing, as well as a fun little reference to All Star-Batman and Robin. 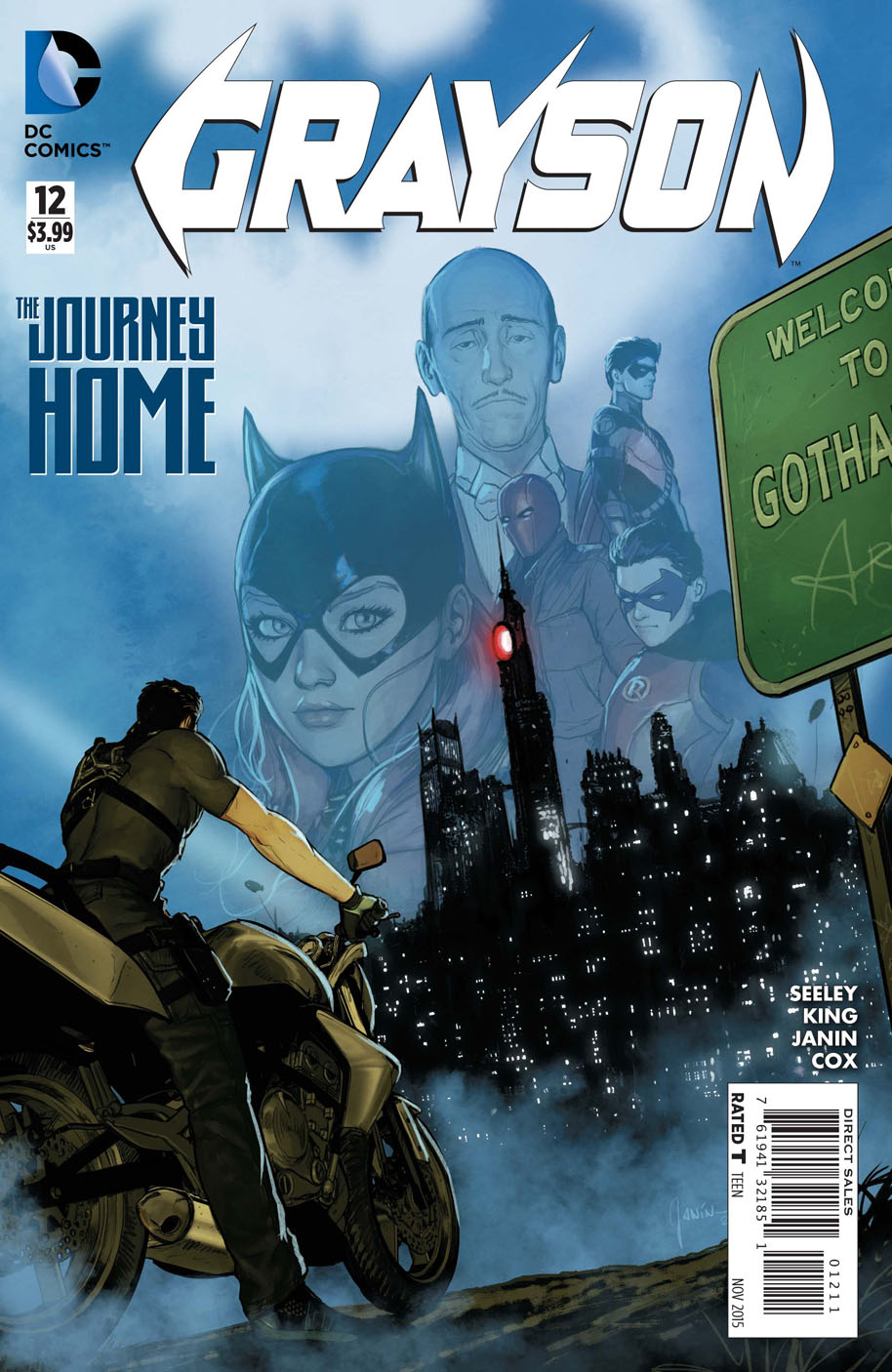 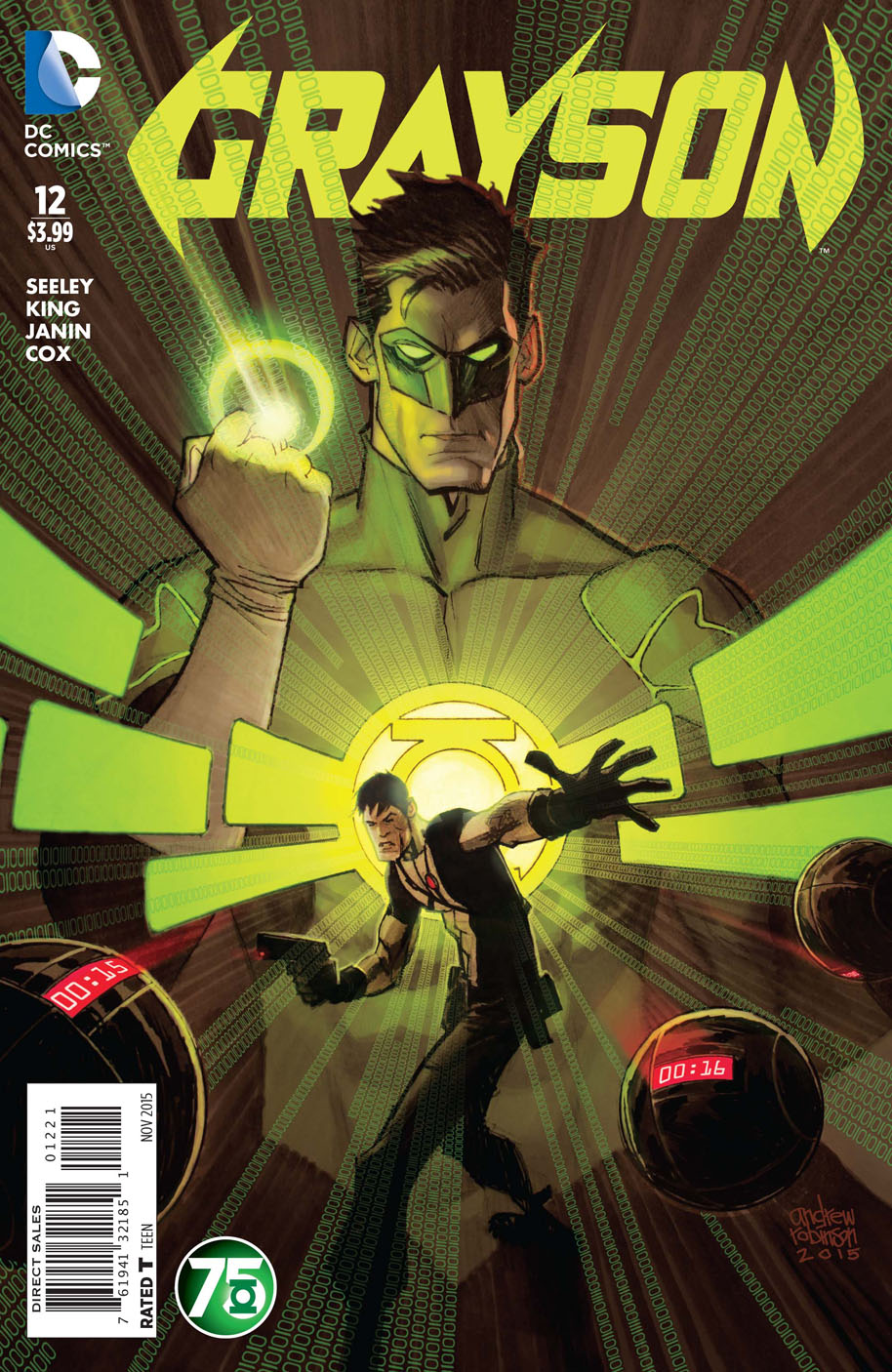 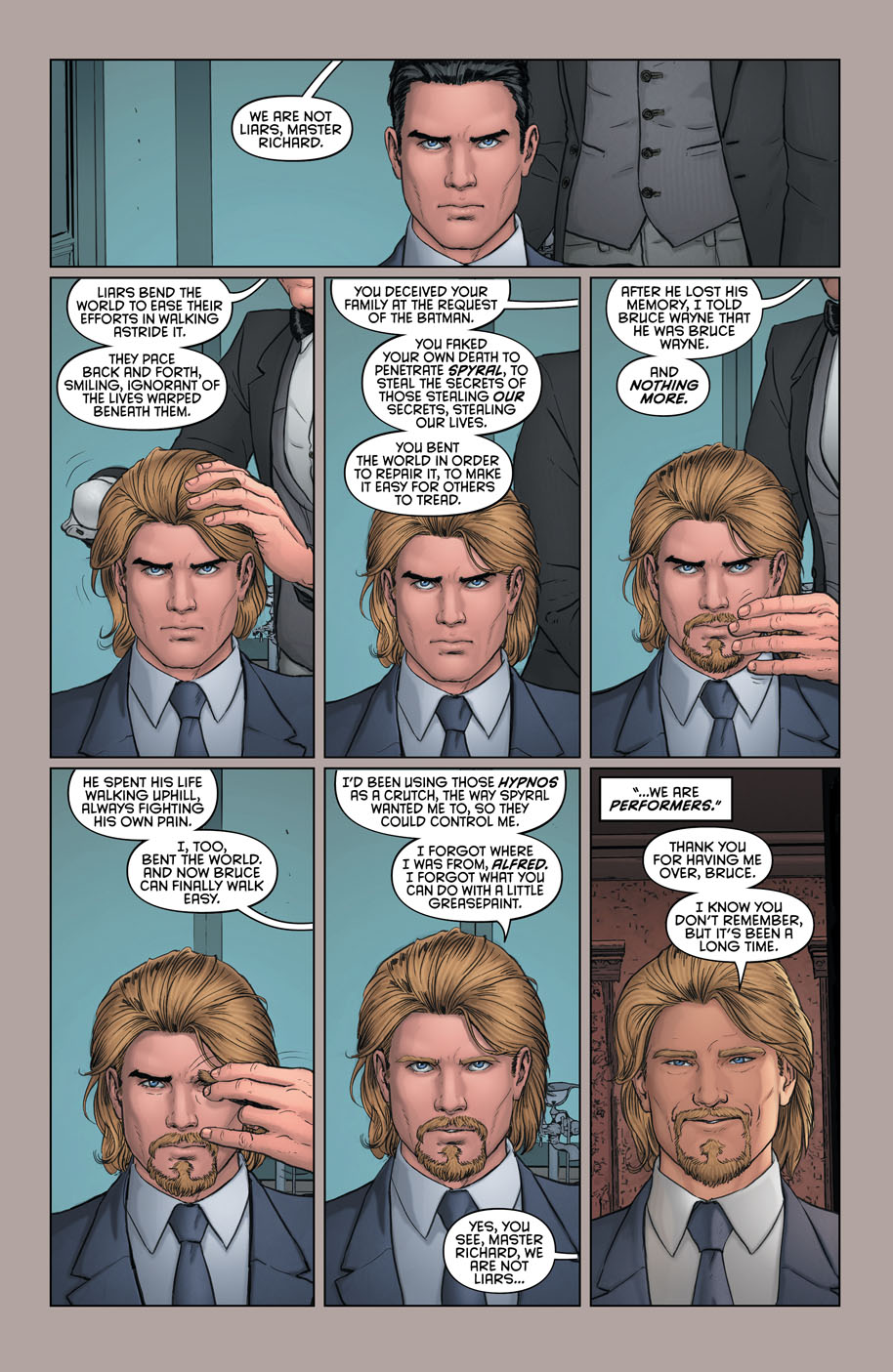 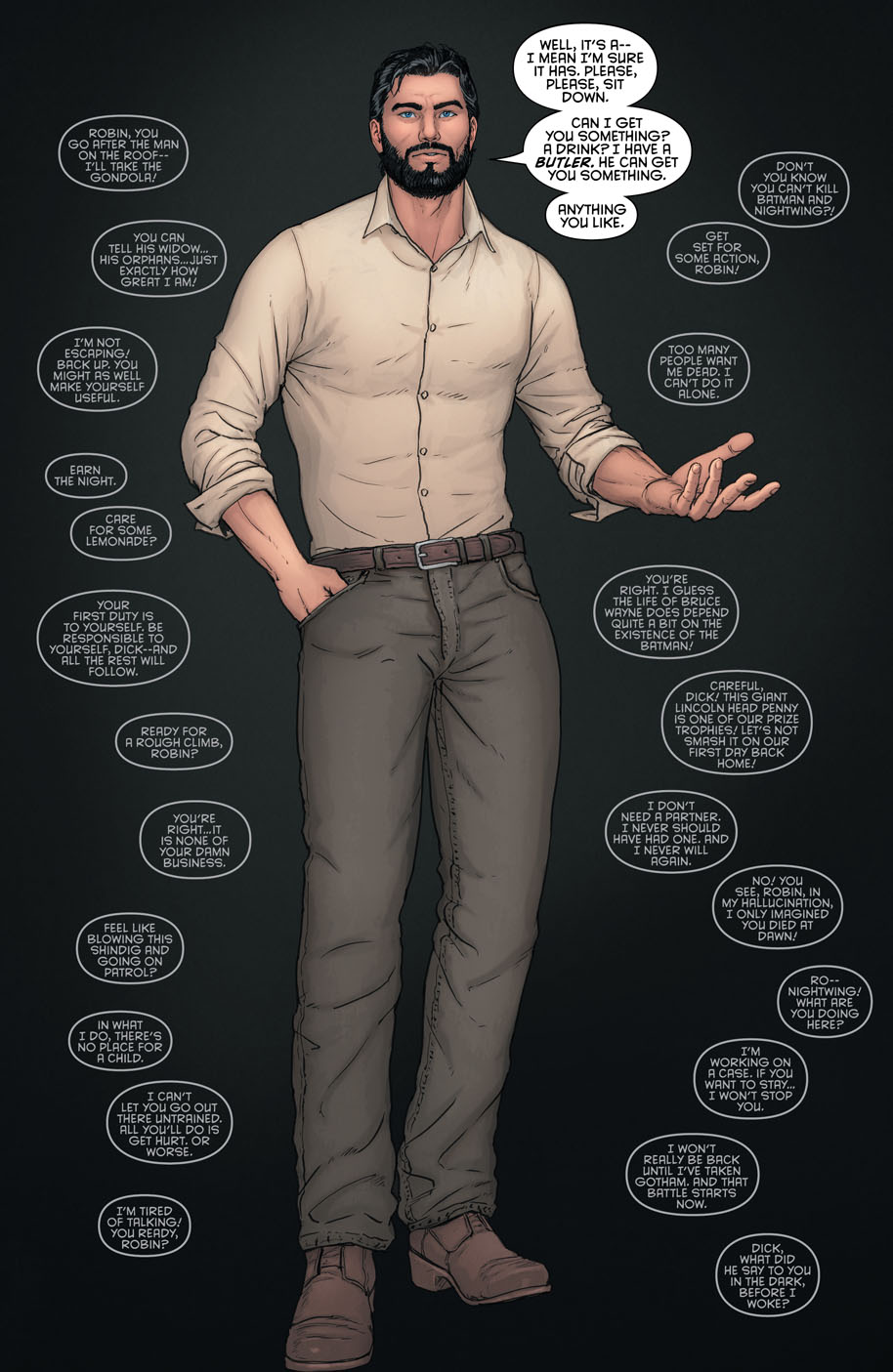 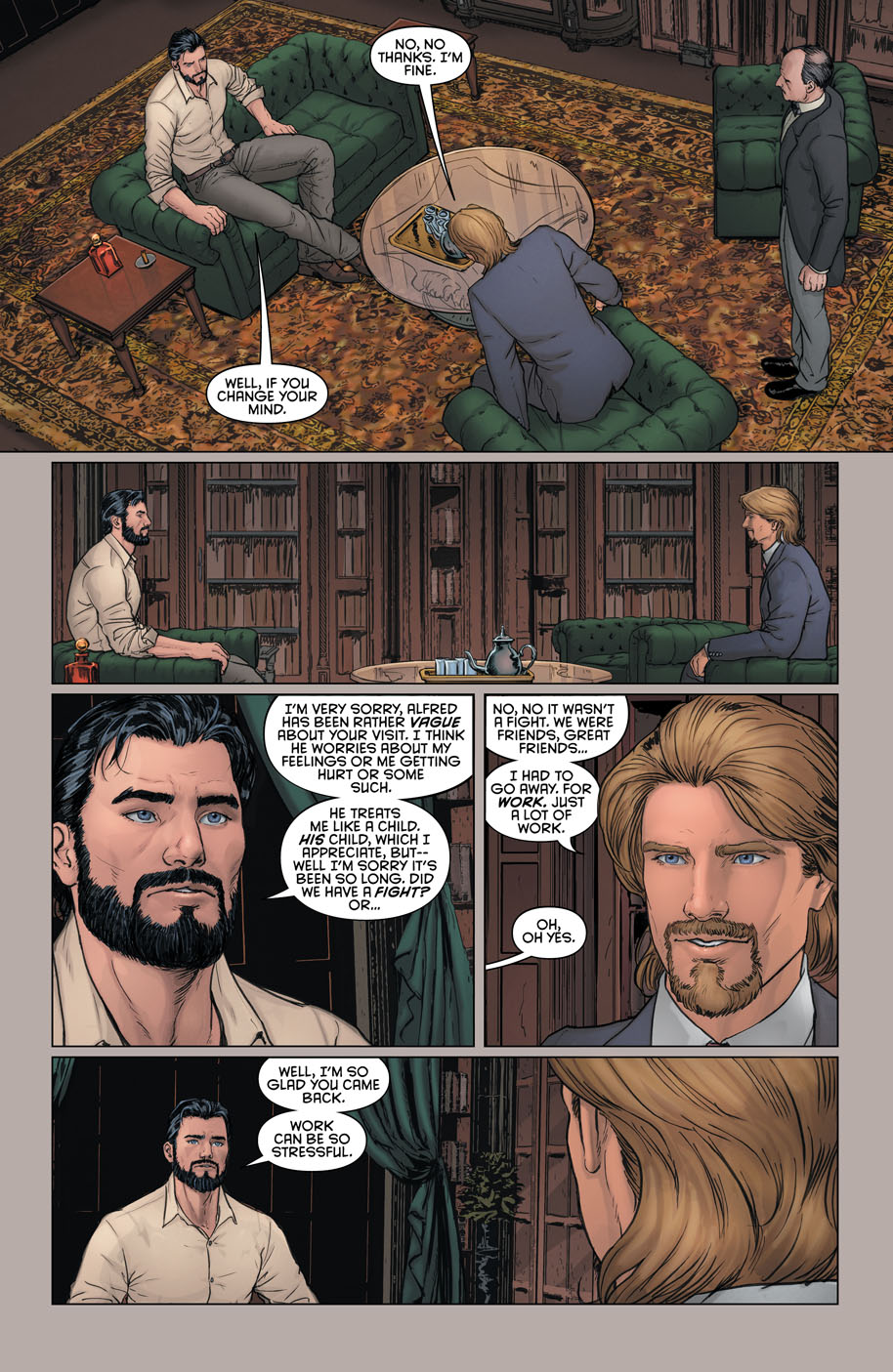 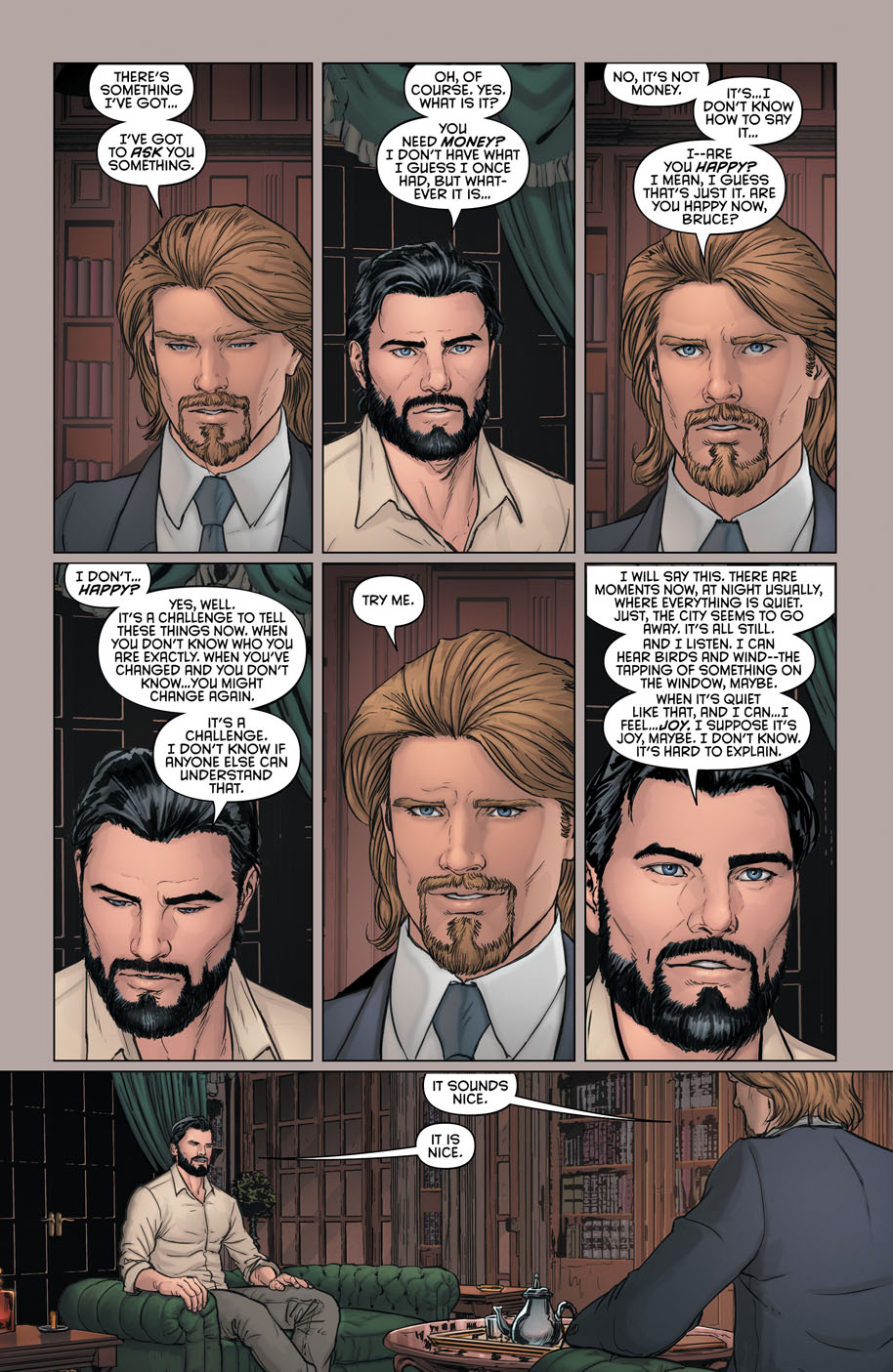 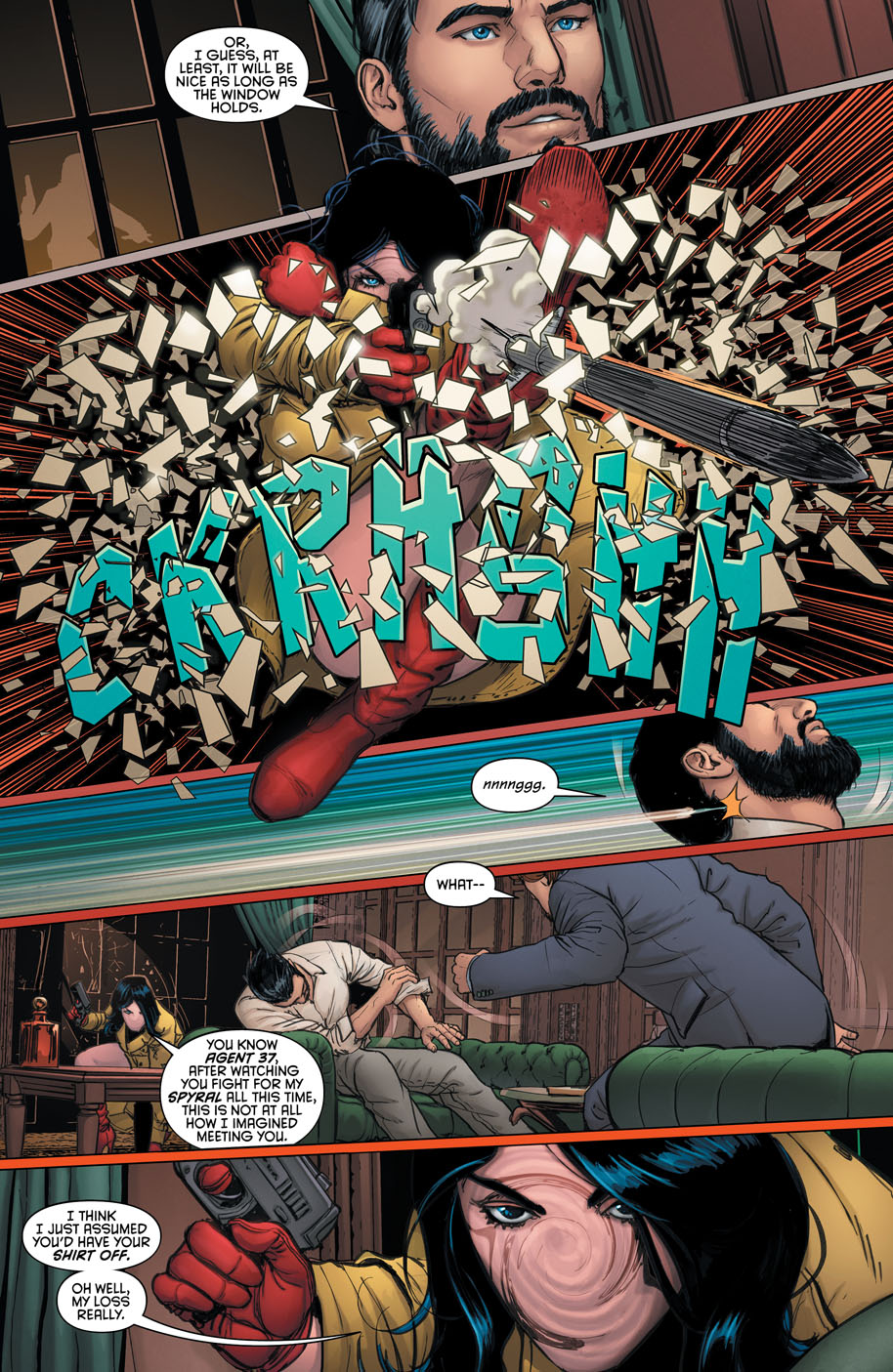