On getting the gig:

When I found out that they were planning to do Batman & Robin Eternal, I was looking for something fun and exciting that I could do for a little bit while I figured out what my next big project would be. It just sort of fell into my lap and the timing really worked out.

It’s just the perfect situation for me. It’s a nice six-month commitment. It’s big and exciting. And all eyes are going to be on it!

I couldn’t be happier to be back in Gotham City, working with Batman and all the Robin characters. And the villains — like Scarecrow!

It’s a fine line, because you have your style as an artist, but you need to make sure that you get in all the little nuances of what each character is about. Dick’s posture, his demeanor, how he stands — it’s going to be much different than Tim or Jason’s. In this scene that I just drew in issue #1, we’ll see all three characters interacting with each other. You’ll see that my goal was to start showing all the differences between the three.

Jason Todd has a more carefree demeanor. Tim Drake is different from both of them — and is more serious than Dick Grayson, who plays the older brother of the group. That scene really shows the three Robins as three brothers. And the challenge of that is fun for me.

What fans can expect from the series and before it hits stands:

We’re going to get to see how big a threat this is for Batman, and a little of how the book becomes a globe-trotting affair and a truly epic event. And ultimately, it’s exciting for me because it’s me drawing Batman!

Preview images can be found below. 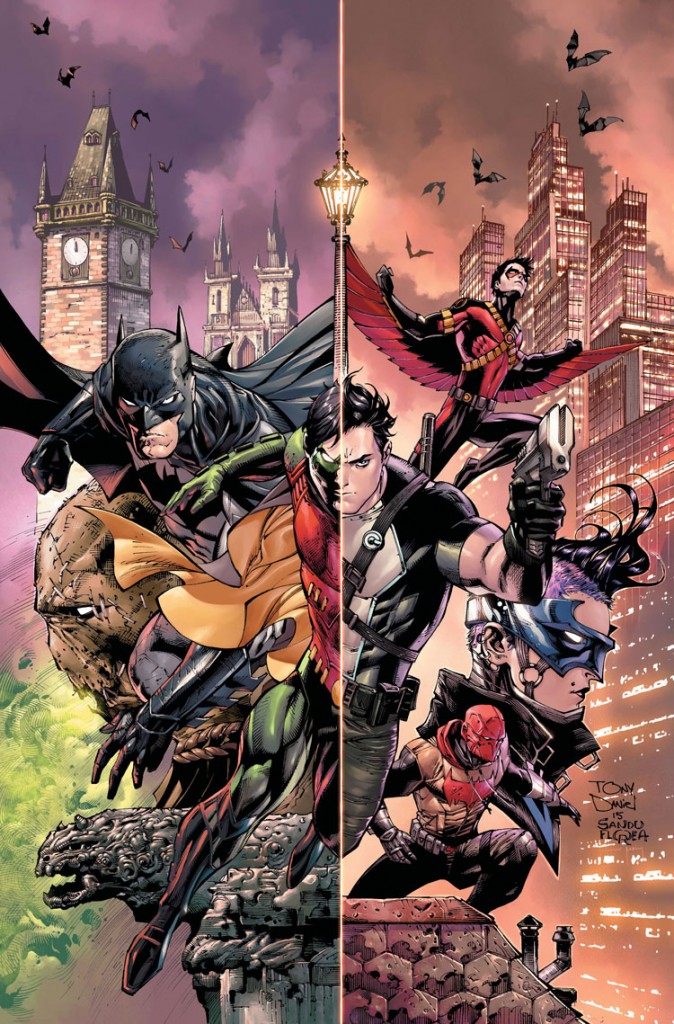 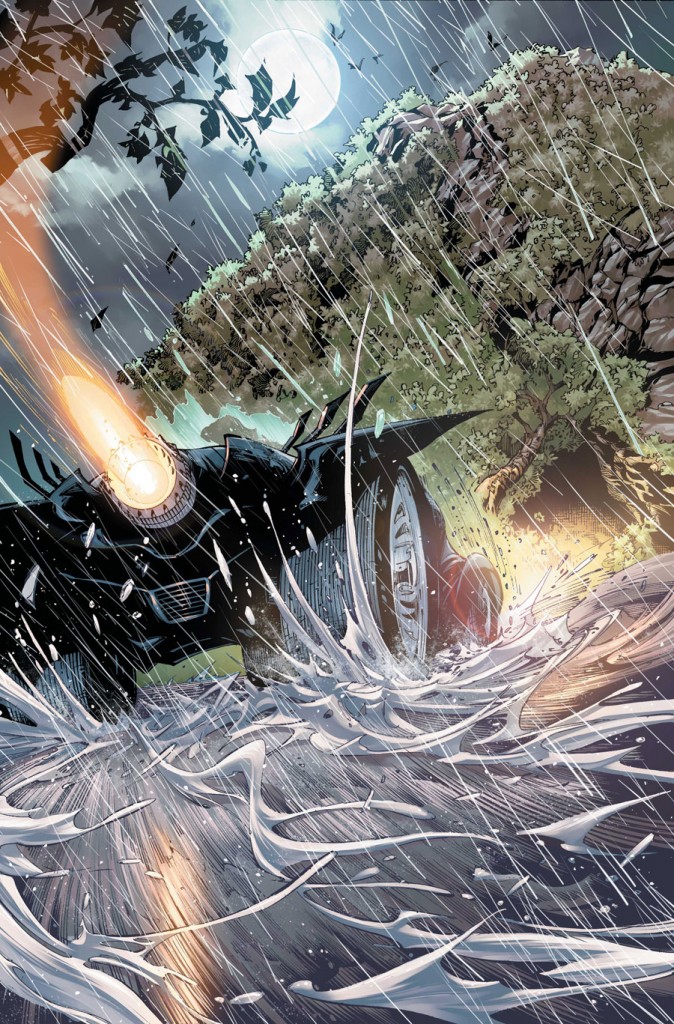 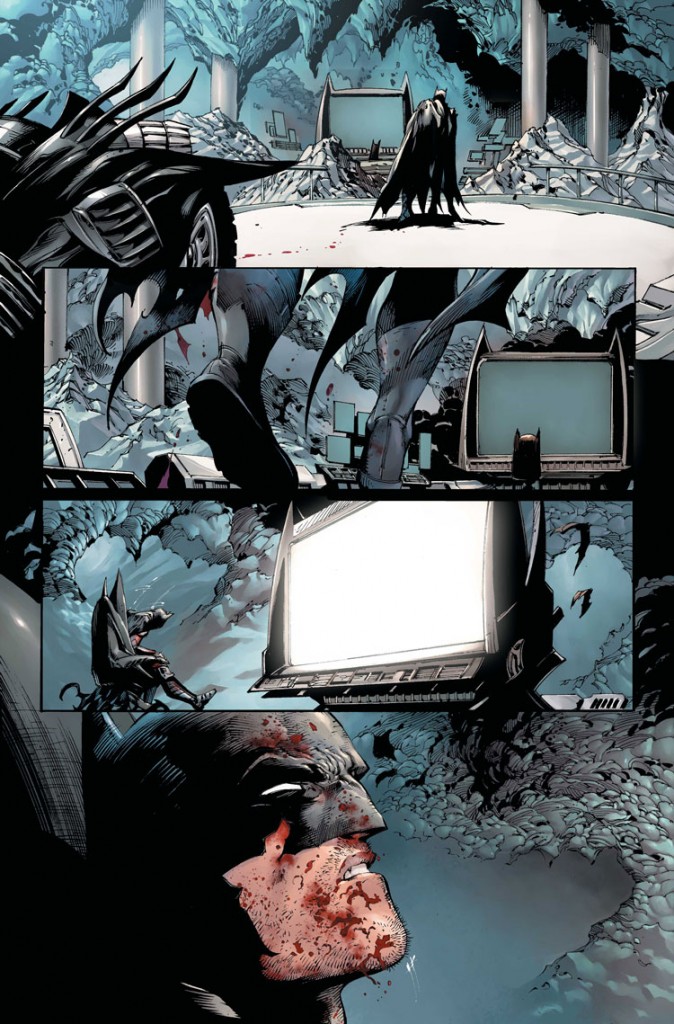 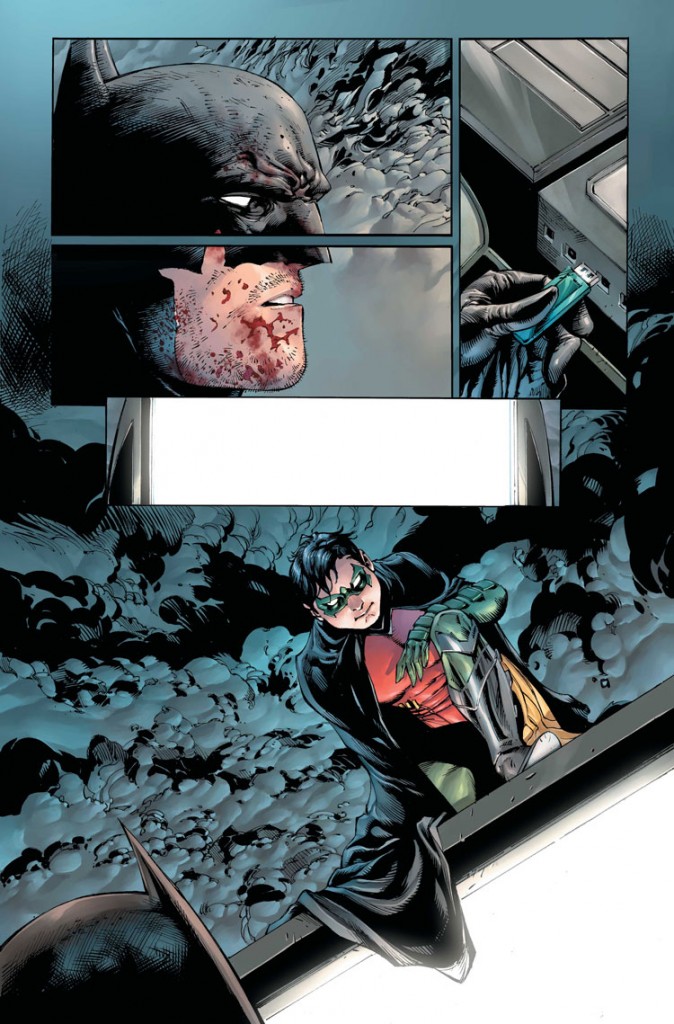 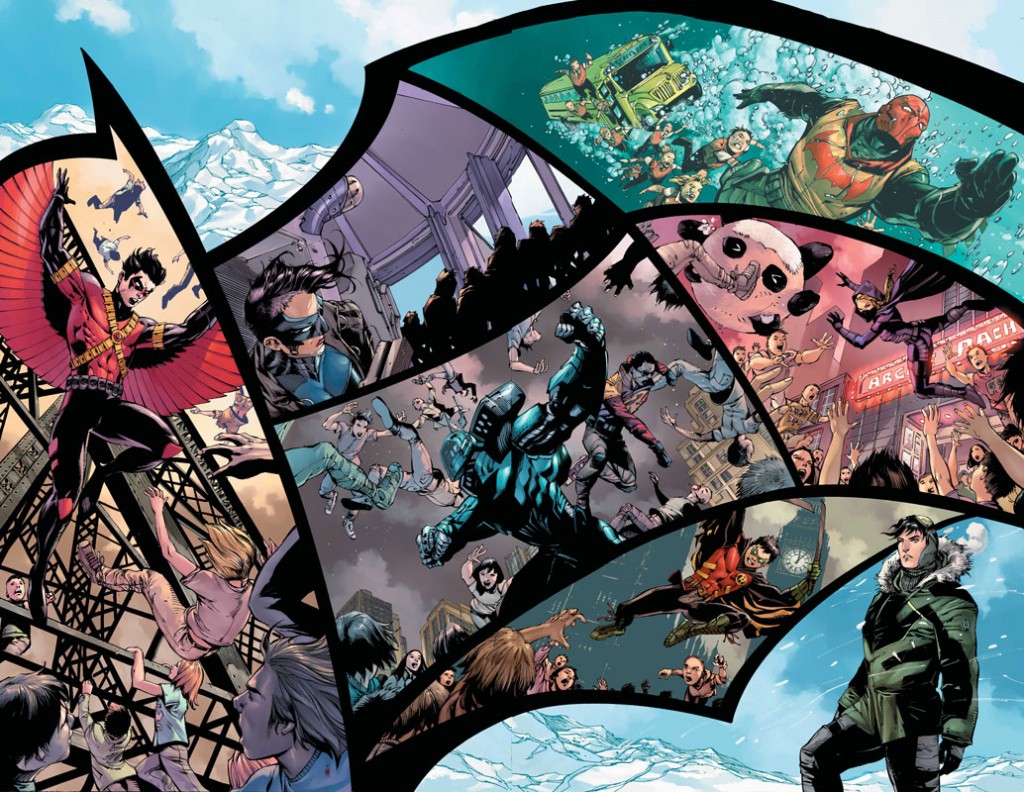