Exclusive: We speak with Bat in the Sun’s Aaron Schoenke

by Damian Fasciani June 28, 2015 1 comment
What makes our job here at Dark Knight News brilliant is that every now and then we get to speak with some of the industry heavyweights. This time, we bring you another exclusive with Aaron Schoenke, the founder of Bat in the Sun.
Their production work over the years has been nothing short of just inspirational, with films such as Seeds of Arkham, Batman City of Scars, Batman v Killer Croc & Poison Ivy, to name a few. Then, you have the highly entertaining series, Super Hero Beat Down. We hope you enjoy the interview.

Dark Knight News (DKN) 1. Aaron, thank you for spending time with DC Comics News, we admire your work. Would you mind giving our fans an introduction to yourself?

Aaron Schoenke (AS)  Hey, director of Super Power Beat Down and co-creator of Bat in the Sun here!

DKN 2. Aaron, can you share with us what it was that inspired you to take the path you did in the entertainment industry. What drew you into comics, pop culture, and the world of super heroes and villains?

AS A bunch of things. The usual, really, for my time period, 1989 Batman movie, early 90’s X-Men cartoon, playing with action figures, all that amazing stuff! I mean really, my parents introduced me to it and encouraged it, so it’s their faults, really!! I had a really great childhood and this is a great way to continue it! 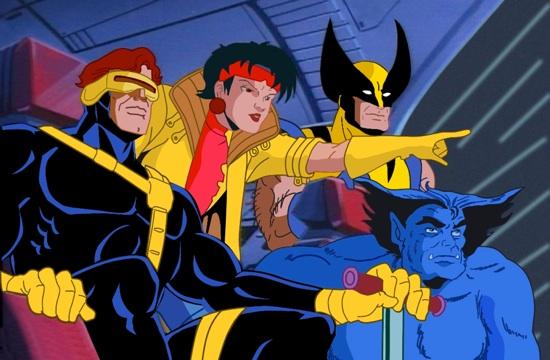 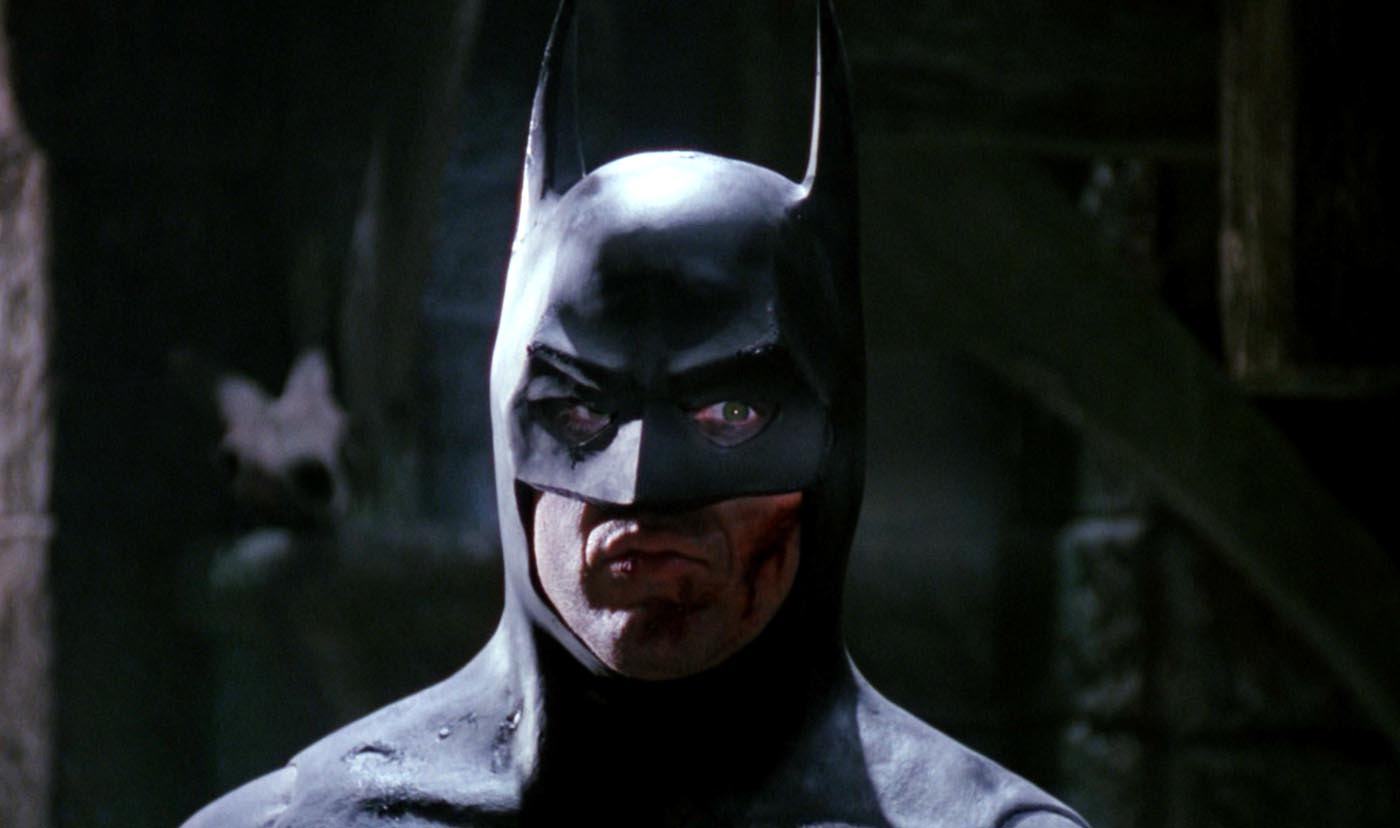 DKN 3. How did you get involved and align yourself with Bat in the Sun?

AS Well me and my father, Sean Schoenke, created it over 10 years ago and it just keeps growing. It’s just such a great outlet for all things creative!

DKN 4. We have interviewed Kevin Porter a few times and think he is just a wonderful person, so many people see him as the “internet’s very own Dark Knight.”How did the opportunity arise to work with him and can you share with us the aura he creates on set as the Batman?

AS We met through mutual friends about 10 years ago, but yes, he is definitely Batman, even more so when you meet him in person. He looks and sounds just like Batman. At 6’5 240lbs, he is the living, breathing Batman. It’s fun to watch fans meet him at conventions.

DKN 5. Bat in the Sun has produced brilliant stories that are highly entertaining, and always manage to generate a great blend of story and action. Can you share a little about how you prepare a project? Actors, story, the outcome, intent?

AS Well, everything we write is character based, you gotta know the subject matter. I hate when I hear directors say “it’s impossible to adopt that costume is real life, it would just look silly,” It’s your job to adapt it and make it cool. You gotta understand the character, the world, the feel and put that on-screen. Everyone has a core imaginative base line for all things characters and it’s of the most importance to bring THAT to life.

DKN 6. You have appeared in productions yourself, your work in front of the camera is great. Do you have a preference as to if you sit behind the camera or play an active role as an actor? Why or why not?

AS Both are a lot of fun, it just depends on the project. Although, I do prefer directing the most.

DKN 7. What is the one production you are most of proud of and why? With that, can you articulate what was the most challenging to shoot and why?

AS Batman vs Darth Vader is a big favorite, but really, the whole Super Power Beat Down is just an amazing project. The amount of challenges we’ve faced and overcome is crazy and incredible. Just trying to capture such a wide variety of characters and their sensational powers on limited budget and time is always a struggle to overcome! 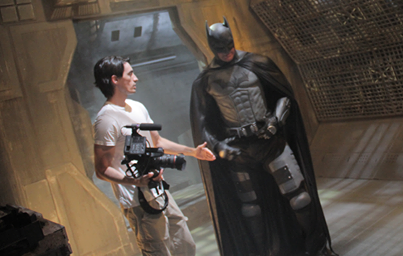 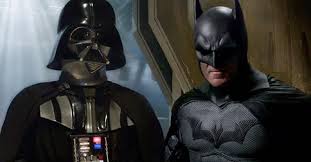 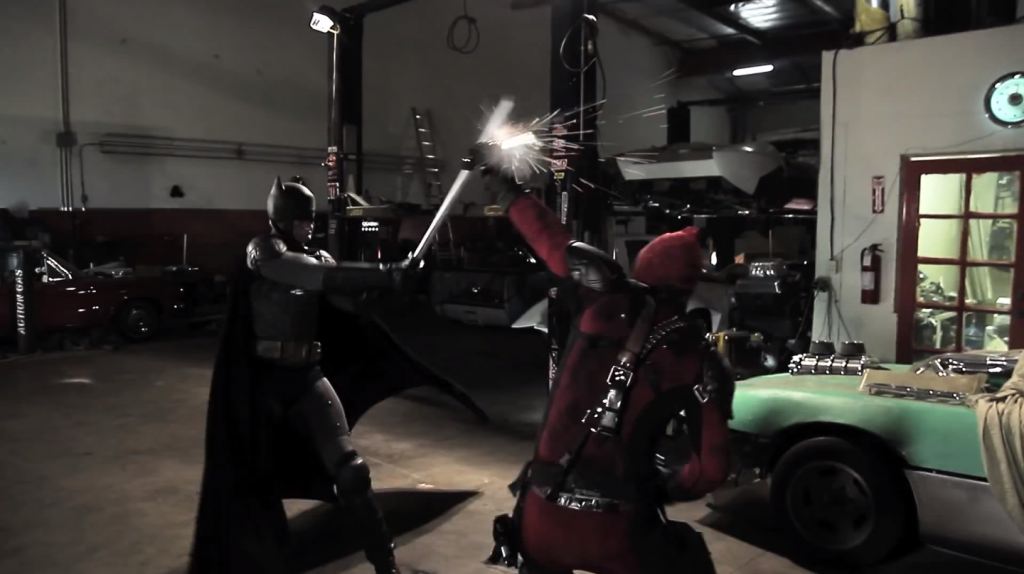 DKN 8. Seeds of Arkham was a brilliant production, will we see a sequel in the future?

AS We planned two additional sequels and actually filmed part 3, but Beat Down took off, so that is sitting on the cutting room floor. But the rest of the series tied heavily into City of Scars and explained how we went from the ending of City of Scars to the beginning of Seeds of Arkham.

DKN 9. Super Power Beat Down is highly entertaining and extremely popular, how did the concept of that come up and how do you see it evolve in the future?

AS Me and my dad came up with that based on the 90’s card game Overpower and the show I was on, Deadliest Warrior.

DKN 10. Can you give us an idea of the level of effort involved in the pre and post production work involved in a typical episode of Super Power Beat Down?

AS Oh geez, about 2 months of pre and 3 months of post, there is a ton of work! Filming is the shortest actually, just about 3-4 long days, and then off into the editing room!!!

DKN 11. Being a DC site, what would be your favourite DC Hero and Villain and why?

AS Batman and Joker, the classics!!!

DKN 12. If you could play a DC or Marvel character in a feature-length film, who would it be and why?

AS Nightwing or Spider-man, just cause I relate to them the most. I performed all the mocap for the Amazing Spiderman 2 game and that was a blast, such a fun, quirky character to play!

DKN 13. As a professional in your industry, what motivates you to do what you do? With that, in the future what does success look like for Aaron Schoenke?

AS It’s more just being an artist. I like creating art, and whether it was popular or not, I’d keep doing it! Success is doing what makes me happy, and I am doing that, so I’m all smiles at the moment.

DKN 14. Can you share with us any upcoming projects that you are working on that may have a DC-related theme to them?

AS Well, we got Joker and Harley Quinn vs Deadpool and Domino, and then Spider-man vs Darth Maul, so lots of cool stuff!!

DKN 15. For those who are attending San Diego Comic-Con, will you and Bat in the Sun be there?

I and everyone at Dark Knight News would like to thank Aaron to take time out of his busy schedule to chat with us. We highly appreciate the time spent and we wish you all the best in the future.