Exclusive: Catching Up with Cradle of Filth’s Lindsay Schoolcraft

In the past few years, Lindsay Schoolcraft sure has made her mark on the legendary British extreme metal outfit known as Cradle of Filth. Originally enlisted to perform keyboards and female backing vocals for live performances, she can now say that she has contributed to their forthcoming release, Hammer of the Witches, which is slated for a worldwide release on July 10. Being a fantastic composer and musician in her own right, I am much interested to hear what she brings to the finished product. We have received a small taste in the form of the first single, “Right Wing of the Garden Triptych,” a piece we will explore later.

If said single is any indication of what’s to come on the rest of the tracks, it shows that Lindsay is not only capable of contributing to an ensemble as a whole, but also that her voice and keys distinguish themselves from previous Cradle of Filth efforts. Having been a fan of the band for most of my life, I’ve always admired how Dani and company have created a vast catalog of albums that have a connective thread, yet never repeat. It’s one of many reasons that they’ve made a fan for life out of me.

Lindsay was kind enough to talk about how the past few years in CoF have gone for her (head over to Multiverse Entertainment for my first interview with her), her other projects, and even a little bit about The Batman. Enjoy. 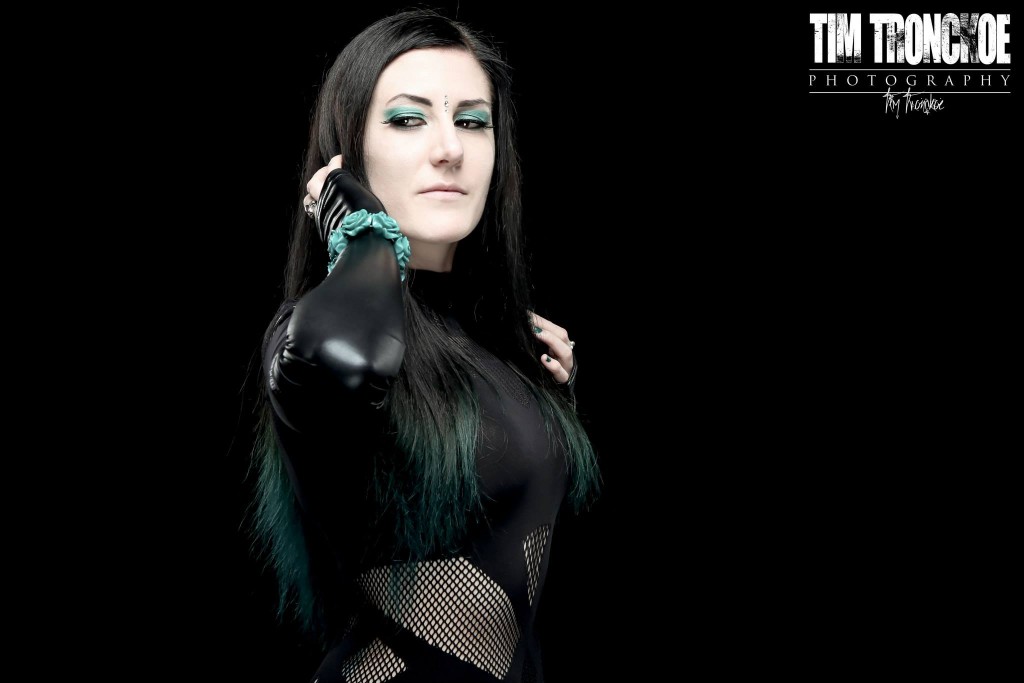 DKN: Since we last did an interview, you’ve spent more time with Cradle of Filth and have no doubt seen more of the world. Do you feel that you’ve grown as a person and as a musician?
Lindsay Schoolcraft: Absolutely. Coming from Canada I am lucky to live so comfortably. So when I travel to other countries it’s made me very grateful and humble that I come from such a great place. It makes me appreciate what I have. I’ve seen so many cultures and their customs and it’s really opened my eyes. I like to take advice and wisdom if it resonates with me and many nationalities have done that for me over the past two and a half years.
As a musician, Cradle has really pushed me out of my comfort zones, especially with writing our newest album. I had to keep focus and organized on my own terms as a song writer and there was a lot of lessons learned and break throughs throughout the process. We wrote together for about 14 months and across the globe so we all had our own system we had to adapt to for each individual member. Once we all got on the same page there was a flow and that’s how the newest album “Hammer of The Witches” came to be.
I still have plans to continue my vocal training and get back into piano and theory studies. I find keyboard is such a different monster than the piano itself. I pulled out my favorite sheet music for Evanescene’s “The Open Door” last week and started playing through. I realized my playing has changed a lot and I want to be able to play like I used to before I joined the band. So that’s a new challenge. I also want to continue with my harp studies and eventually get lessons. I feel you can only self teach yourself for so long.
But with Cradle’s new album, I was really pushed to write film score like compositions and that was something very new to me. Our drummer Martin really showed me a lot when it comes to how to build atmosphere in an instrumental song.
DKN: I’m sure that you’re sworn to secrecy when it comes to the new album. However, could you tell us how writing music for Cradle of Filth may differ from writing for your solo act?
LS: Our new album “Hammer of The Witches”, which is due out July 10th via Nuclear Blast Records, was the most unique writing experience I’ve had yet with an album. We wrote it over email, and file sharing and once we were in person over show dates and tours, we could discuss it a bit more and work on parts of songs face to face. I did visit our bassist Daniel Firth in Scotland a few times to write together in person which really sped up the process for the songs we worked on together getting done quicker.
As for Schoolcraft, it’s more local so what I usually do is jam out my new songs on piano and make sure I have the chording, some vocal melodies, and the rhythms done. Then I demo it with my producer Tyler Williams. From there we build the song with guitars,  keys, cello, bass, drums, and then my orchestrator Spencer Creaghan takes over the track and puts his spin on it. So I do have a good team out where I live in the small city of Oshawa.
It’s been difficult lately cause I have about twenty plus songs ready to go and they are all a mashed up mess on repeat in my head just waiting to come out. Now that the new Cradle album is out I can start working towards that again. I’ve been dying to put out a full length for Schoolcraft for so long. Like, literally losing my mind. But I’m glad I waited so long because I have way more songs now to choose from. This way I have have a quite a few heavier, softer, instrumental and experimental songs to choose from.
DKN: What have been some of your favorite CoF songs to play live since you’ve been touring with the band?
LS: My top two would have to be “Lilith Immaculate” and “Nymphetamine,” but I also enjoy playing such songs as “Born in a Burial Gown” and “Honey & Sulphur” as well. 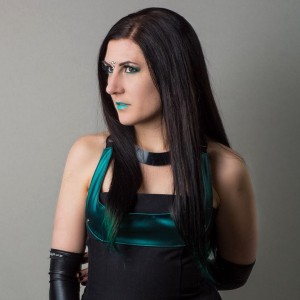 DKN: Can you tell us what’s coming up for your solo act, Schoolcraft, as well as other possible projects?
LS: I’m hoping to have out another 3 song single this fall and hopefully something printed on disk too because so many people have been asking for that and since I sold out of my first EP, I have nothing physical to offer at the moment.
I’ve been asked to do some vocals here and some harp there on various other projects. Some of which I do hope surface this year.
Other than that, I’ve really been experimenting with my electric harp just to see what is possible and if I can create something I’ve never heard before. So we’ll see where that goes.
DKN: Since we’re conducting this interview for a Batman-centric site, I’d be remiss if I didn’t ask you what your favorite Batman movie is. And do you have a favorite villain?
LS: I actually really enjoyed the animated series that was out in the ’90s. I think I’ve seen every episode at least 10 times. And my favorite villainess is Catwoman. She always was and always will be. I even love how she was written and depicted in Frank Miller’s Batman comic series. There was something liberating about her as a woman and also loved the drama of her forbidden love for Batman. You can’t help who you fall in love with. It was so wrong, but so right with the attraction they had between them. 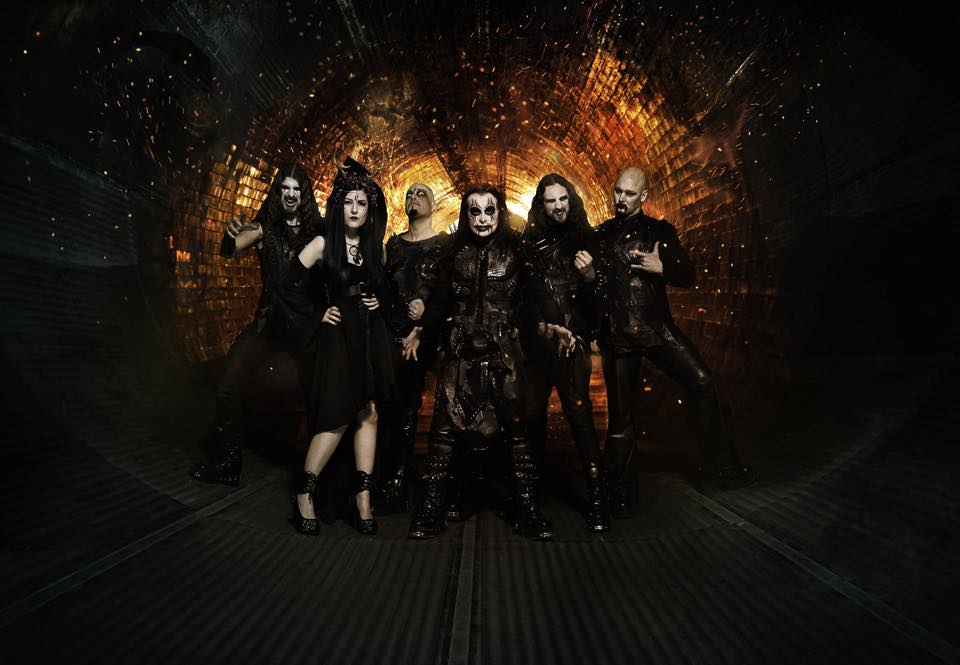 Here’s the video for “Right Wing of the Garden Triptych.” While it is the censored version, it may still be deemed as “not safe for work.”

For something a little more safe, I thought I’d include Schoolcraft’s “Fading Star” (featuring Dani Filth). It seems appropriate, considering it speaks of a “Dark Knight.”