Synopsis: In the new order of Gotham City, Selina Kyle holds all the cards…and now it’s up to master spy Julia Pennyworth to steal them back! 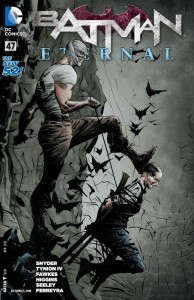 Though the title says “Batman”, and the description says “Selina Kyle”, Eternal #47 is basically a Julia Pennyworth issue… and that’s actually fine by me. Usually when a new character is added to a comic book world, readers are very skeptical. It’s a fault of mine I can admit especially when it comes to the world of the Dark Knight. I’m interested in him and don’t really need another Robin or sidekick or ally, just Batman doing what he does best: kicking ass.

Julia was introduced very early on in the Eternal story, and has grown to be a cool member of the family. Alfred has been sidelined (he just can’t catch a break in comics these days), and Julia is a great “right hand man” for the Dark Knight.

This week, she is basically calling the shots. She meets with Selina to get some answers, answers Batman’s calls as he returns to the city, disperses the family to take down the villains and takes a rocket ride to Gotham harbor. We have an exciting issue on our hands this week that includes most of the cast, but doesn’t overwhelm us. Issue #47 keeps the epic story creeping toward its finale, and even reveals a scene similar to that of page 1 in the first issue: 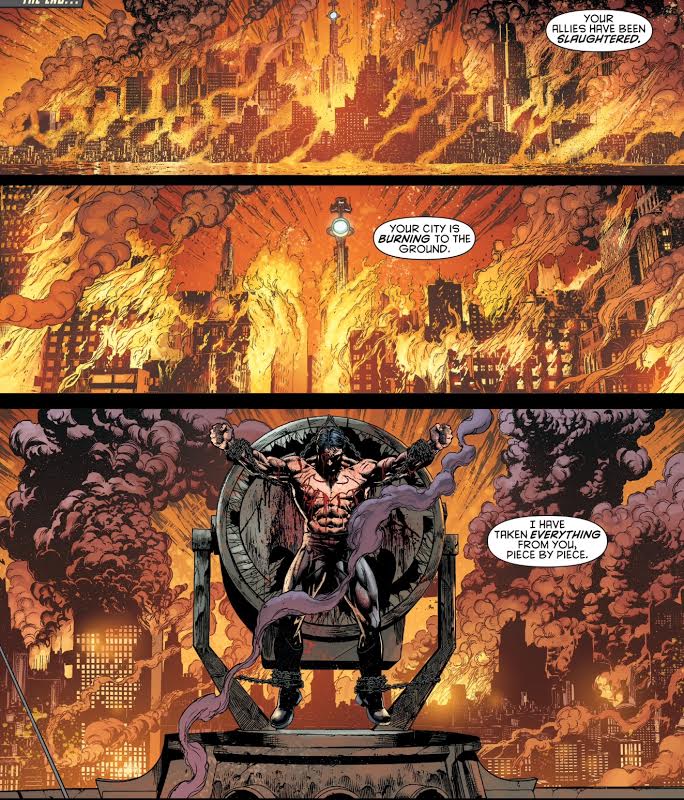 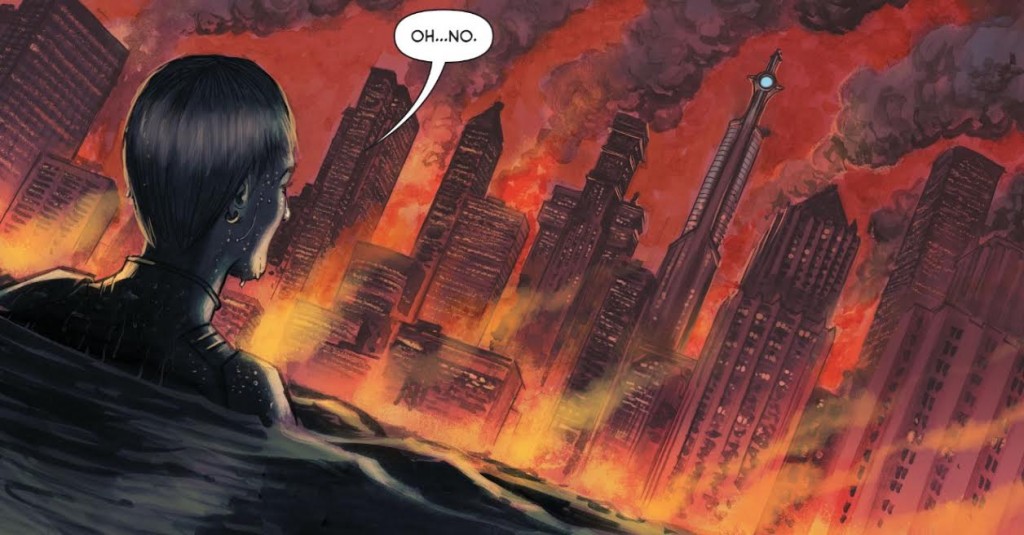 Not to mention, (perhaps) the big guy behind it all makes an appearance but we don’t see him. Any guess on who it is? I’m clueless!

Tim Seeley scripts a fine tale this week, squeezing plenty of story in 20 pages and still leaving us wanting more. Even more impressive is the artwork by Juan Ferreyra. I’ve long said that the team behind Eternal finds some of the best artists you’ve never heard of, and they back it up yet again this week.

Overall, a few twists and turns, appearances from many characters and anticipation for what’s coming up next week.  With only 5 issues left, strap in for a wild ride to the end because despite the title, this story won’t last forever.