With just a little over two months to go until the release of the Dark Knight’s next video game outing, Batman: Arkham Knight (June 2), fans look to sate their appetites with whatever news becomes available. DC Entertainment has wisely made the Arkham franchise a multimedia affair and we informed you of upcoming novelizations at a previous juncture. 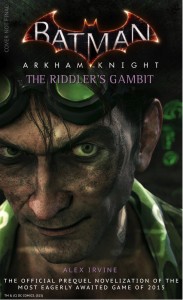 THE OFFICIAL PREQUEL TO THE MOST EAGERLY AWAITED GAME OF 2015 — BATMAN: ARKHAM KNIGHT!

The Joker’s death has left a void in the Gotham City underworld–a void the Riddler seeks to fill in the deadliest way possible. Creating a path of death and destruction, the criminal mastermind places Batman and Robin in an unwinnable scenario, with the clock ticking down the moments to disaster. 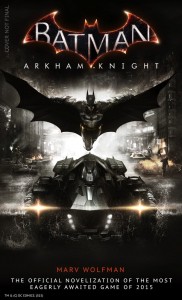 THE OFFICIAL NOVELIZATION OF THE MOST EAGERLY AWAITED GAME OF 2015 — BATMAN: ARKHAM KNIGHT!

Gotham City is in chaos as the criminal organizations run wild, seeking to fill the void left by the death of the Joker. When the Scarecrow threatens to unleash a toxin that will kill scores of innocents, the result is uncontrollable panic.

You can pre-order these books on Amazon here and here.

A Podcast For All Seasons: S2E3 – Joker Comes to Gotham