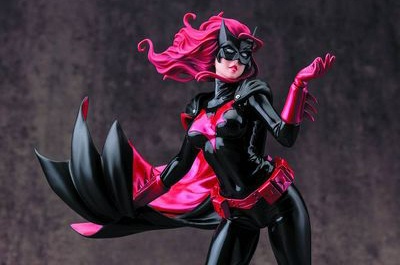 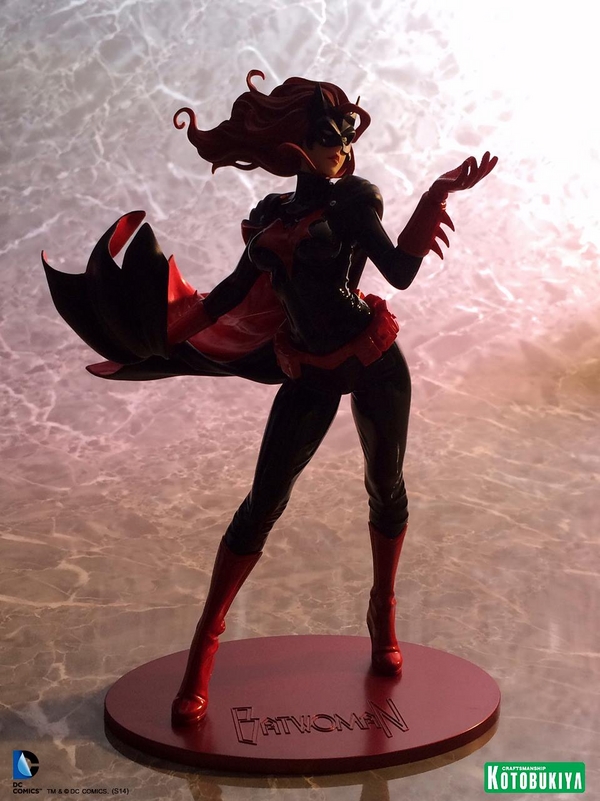 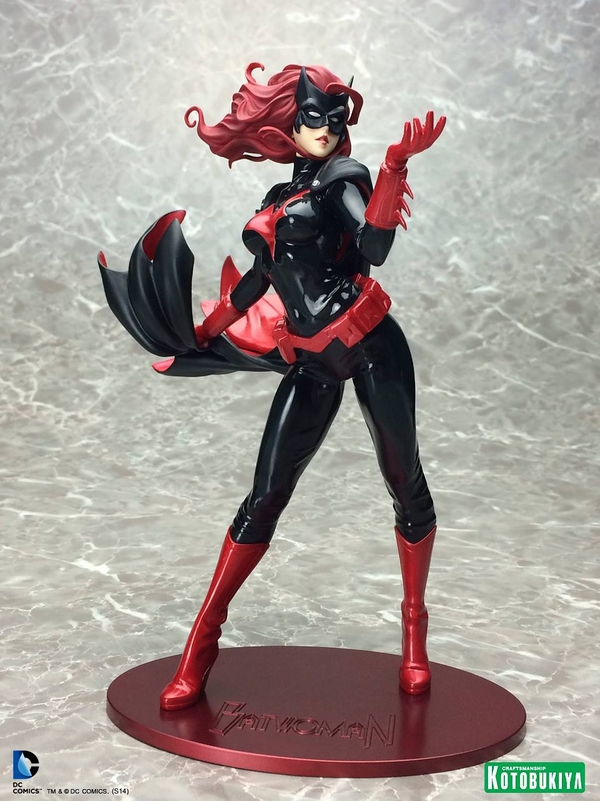 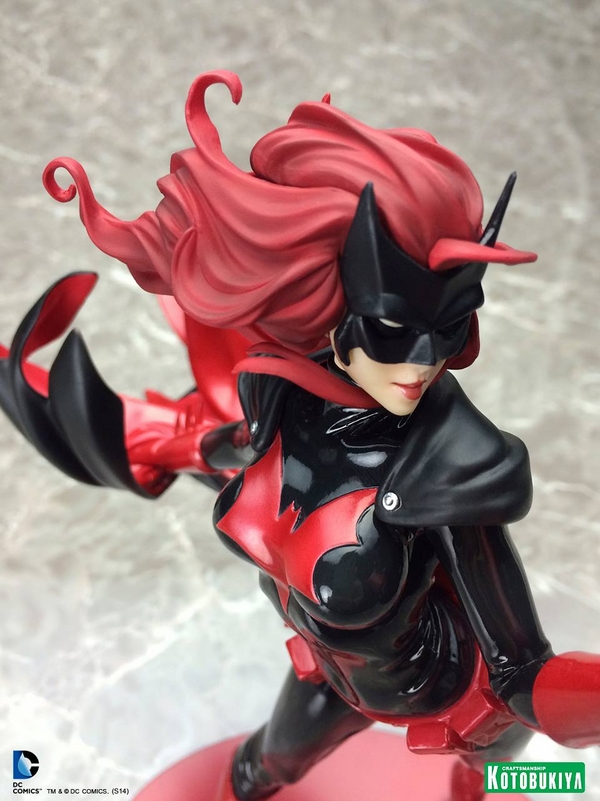 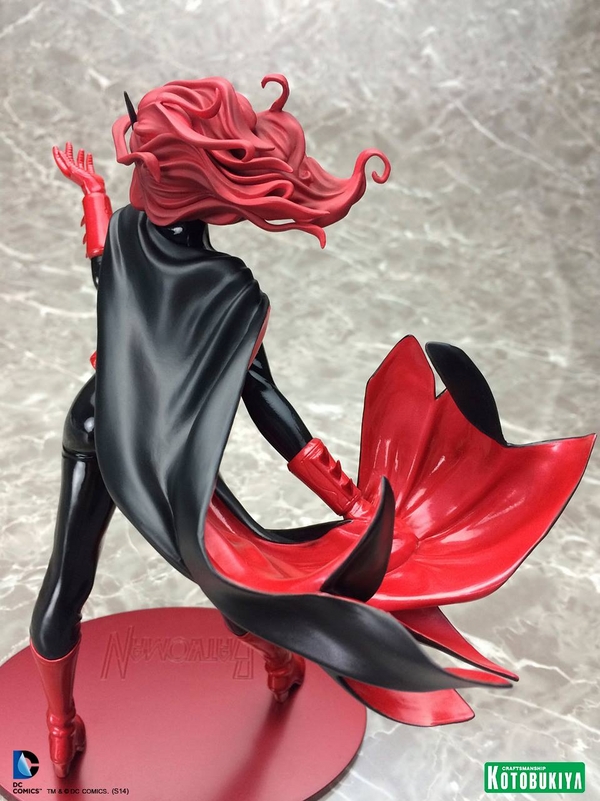 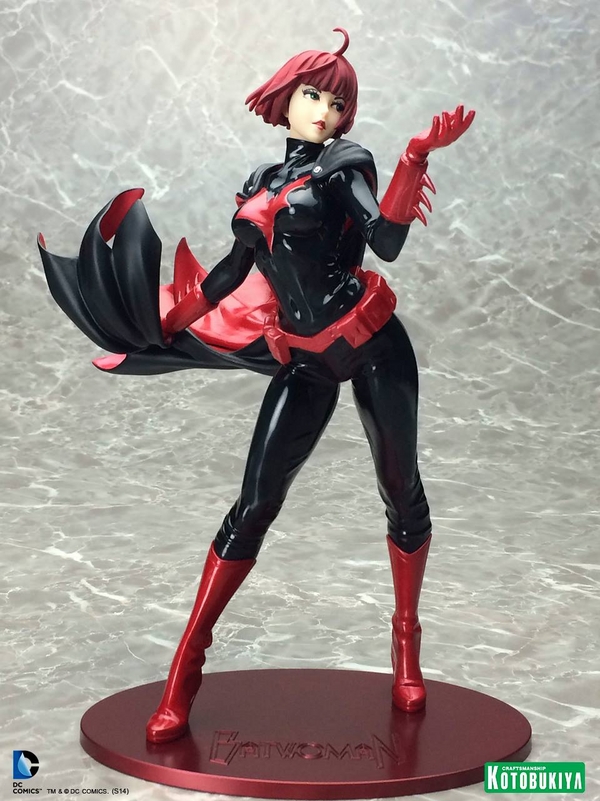 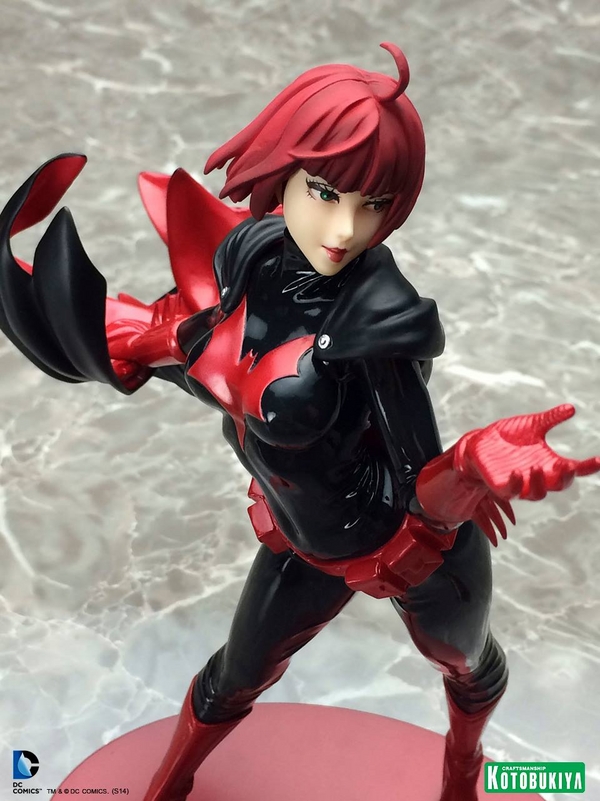 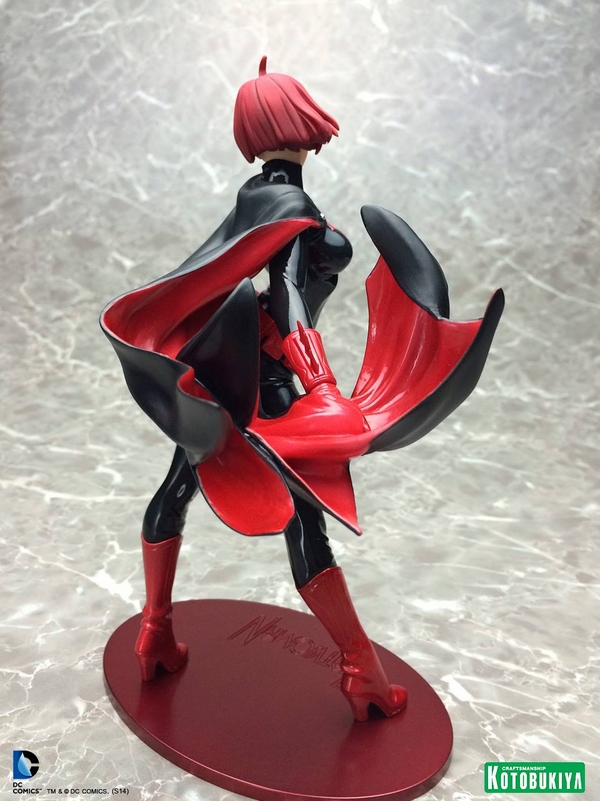 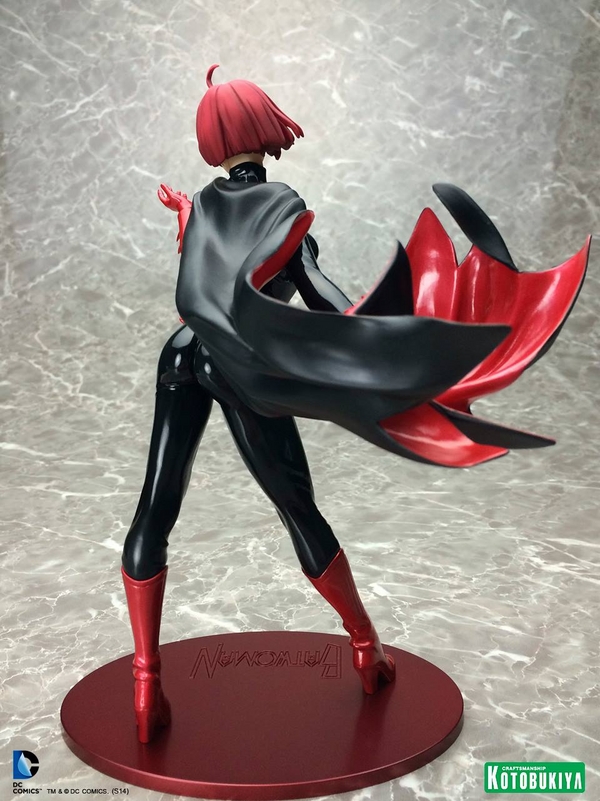 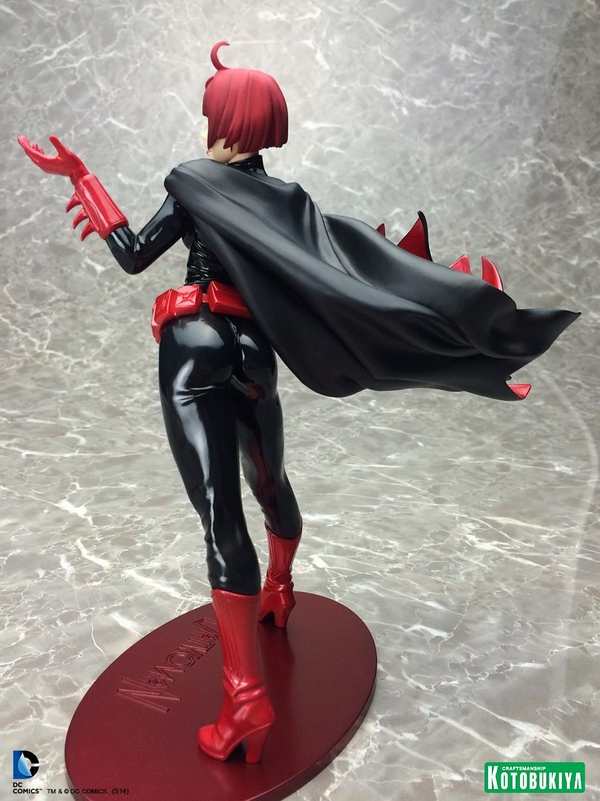 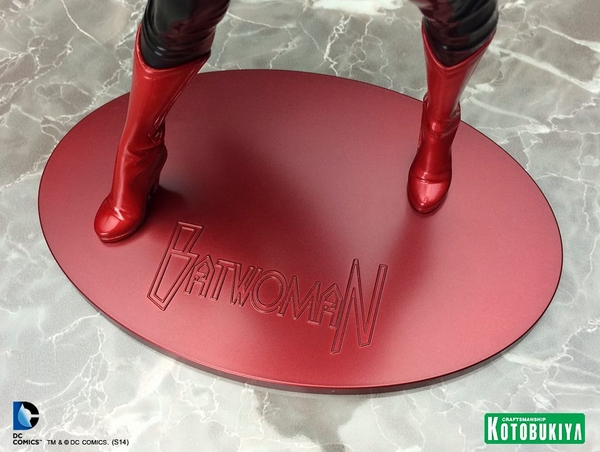 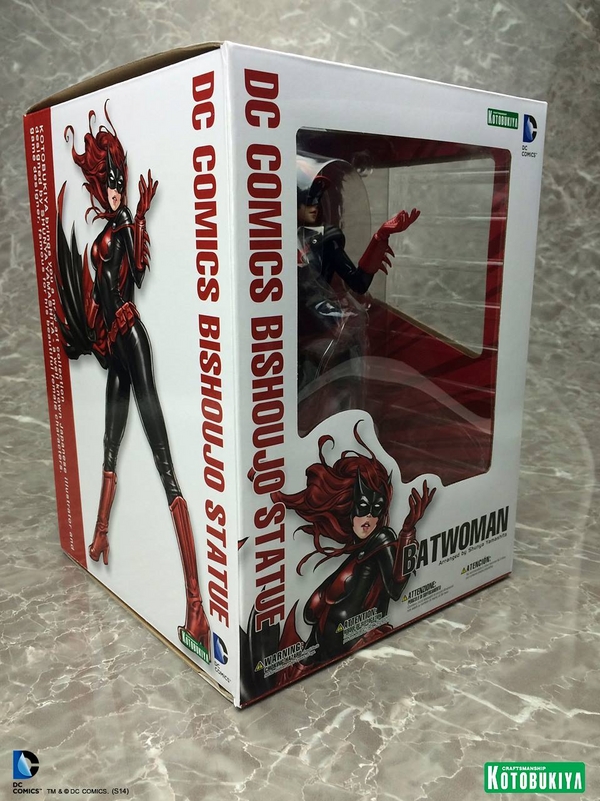 A KOTOBUKIYA Japanese import! Continuing the lineup of beautiful bishoujo-inspired statues combining DC Comics’ superheroines and villains with traditional Japanese stylings is another member of the ‘Bat Family,’ BATWOMAN! While the name has been held by two different versions of the character over the years, this statue represents the current and most popular one by the name of Kate Kane. She first joined the ranks of Gotham City’s inhabitants in 2006’s 52 #7 and has gone on to star in her own book in the New 52. Now Kate appears in the Japanese bishoujo (pretty girl) style based on original character art by world famous illustrator Shunya Yamashita! Yet another skilled protector and guardian of the city, Batwoman is as beautiful as she is dangerous in this amazing bishoujo presentation. Her unique pose captures Kate leaning forward slightly as she turns toward you and reaches out to you while one hand holds out her billowing cape. The heroine’s costume is intricately detailed and striking with its sleek bodysuit, boots, utility belt, gloves, and cape all in glossy black and deep red. Batwoman even comes with two distinct display options for you to choose from whether you prefer her masked with her long wig flowing to match her cape or Kate’s unmasked beauty (with a bishoujo twist) and short hair! Sculpted by MIC, the mighty Batwoman stands approximately 10 inches tall (1/7 scale). Ms. Kane looks fantastic displayed on her own, and even better standing alongside other DC Bishoujo Statues from Kotobukiya like Batgirl!

I like everything but the changeable face that shows her face without the mask. I always like the glossy look as well as the detail put into the statues. Expect to see the Batwoman Bishoujo statue for sale March 25, 2015 for $55.99 over at tfaw. Pre-orders are being taken now. Be sure to head over to the Kotobukiya Facebook page to keep updated. 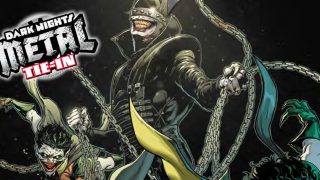 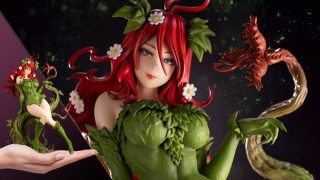