Synopsis: Martial law is imposed on Gotham City! Learn the secret history of one of Batman’s most dangerous foes as he takes center stage! 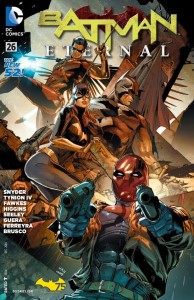 We have now officially reached the halfway point of Batman:Eternal. A lot has happened in these 26 issues, which seem to have lead us in a particular direction: Hush. 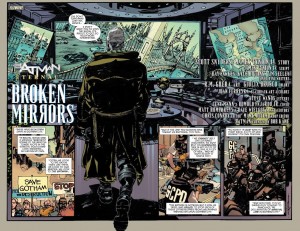 Thomas Elliot more-or-less stars in this week’s issue, even though we don’t see him that much. Martial Law has been declared in Gotham by (newly appointed) Commissioner Bard, who is only a puppet in Elliot’s master plan. This brings the Bat Family together, and we get a history of the man behind all of those bandages. 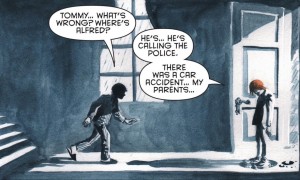 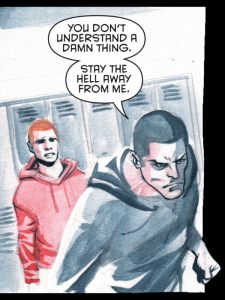 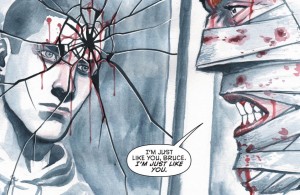 I’m a fan of Loeb and Lee’s Hush, but a much bigger fan of Dini and Nguyen’s Heart of Hush story. I’m just a little rusty on the history of Elliot and how well these new revelations fit into the already-developed story… or is this “The new 52 Hush”?

Regardless, this was a pretty good issue. James Tynion IV handled scripting duties, while R.M. Guera drew the characters. Juan Ferreyra stepped in for the flashback duties, and does a nice job looking similar to all of those included in major Hush stories. Again, this week’s issue seemed a little more focused now that we have a face to blame all of the madness on. Batman’s big baddie is ripping the Dark Knight down piece by piece, and it seems effective. We also get a family reunion which I really enjoyed, especially when it gave a satisfying reason on why the younger Pennyworth is allowed in the cave. Plus, Spoiler is sort of a badass. 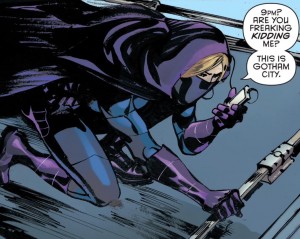 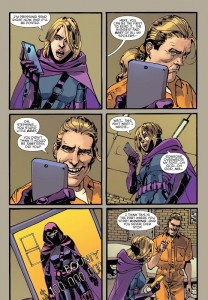 Another week, another good read to complete the first half of this epic run. Are you ready for the rest? 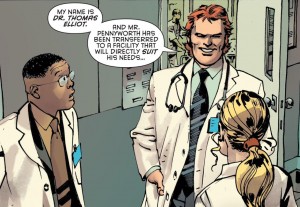 Too bad, because the Dr. is in.