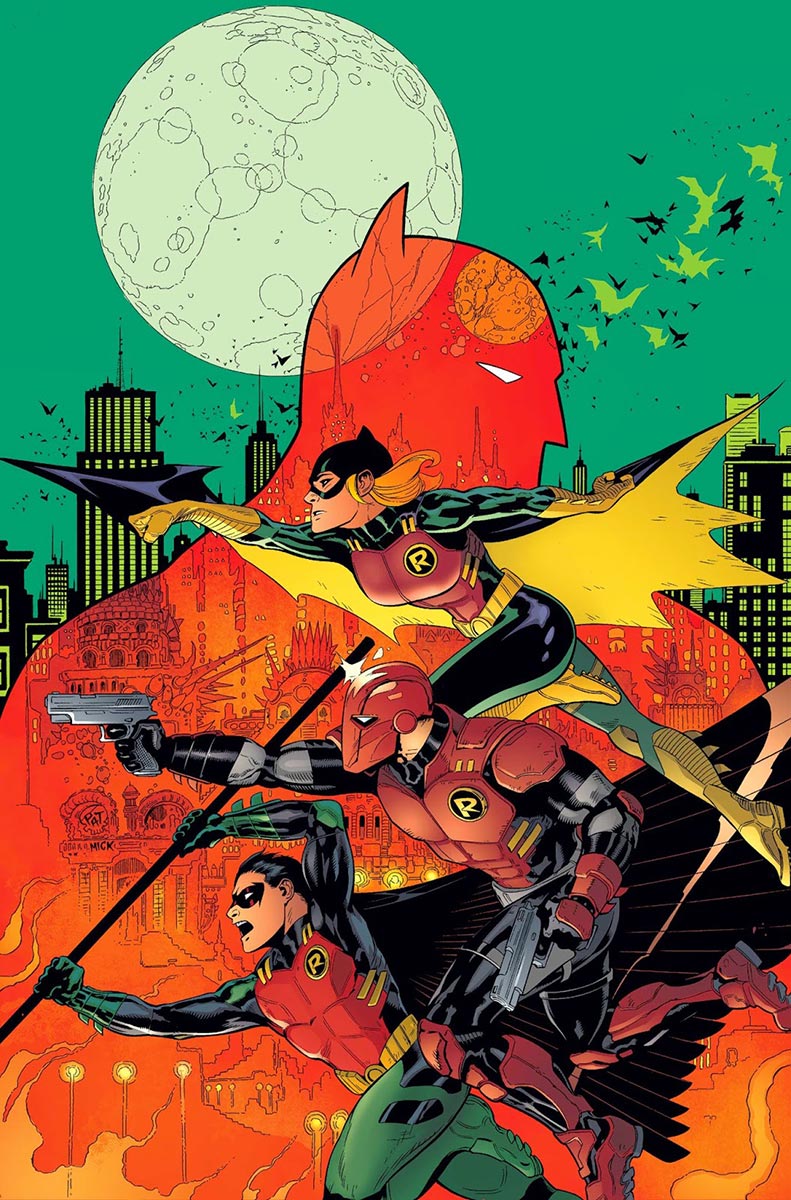 We have some details concerning November’s Batman and Robin #36. As the “Robin Rises” story nears the finish line (it will conclude this December in Robin Rises: Alpha #2), writer Peter Tomasi and artist Pat Gleason look to throw a few curveballs at us. On the issue’s cover – which you can view to the left – Batgirl, Red Hood, and Red Robin can all be seen wearing costumes inspired by Damian Wayne.

“All of these characters at this point are in the Robin mix,” Tomasi told USA Today. “The Bat-family will, in the end, rise to the challenge of helping a new Robin come to be in the DCU.”

Given that Barbara Gordon/ Batgirl will be given a new status quo in October, I doubt that she will be the new Robin. I have a feeling that Jason Todd and Tim Drake will be red herrings, but wouldn’t it be interesting to see one of them take up the mantle of Robin yet again? And yes, I am aware that Tim technically never was Robin in The New 52. We could see something as simple as a resurrected Damian Wayne, though I’m wondering whatever happened to Carrie Kelley.

Speaking of Peter Tomasi, he will be taking over writing duties for Superman/ Wonder Woman beginning with issue #13, also in November. He’ll be joined by artist Doug Mahnke (Green Lantern), who seems to be DC’s go-to-guy on many marquee projects. I’m sad to see Charles Soule vacate the writing position, who will definitely leave some big shoes to fill, but I’m sure that Tomasi will do a fine job.

“I want to stare hard into the heart of both of these characters and their true love and see what that love means to us, the DC Universe and the people of Earth,” Tomasi says. “Does it pose a danger or a threat? If two people like that are together and in love, where is the drama in that, and what repercussions does it have?”

At least he will continue the running theme of how such a powerful couple juggles romance and saving the world in their day to day lives. You can also expect Atomic Skull and Major Disaster to play big roles as the title moves forward.