Comic-Con 2014 is now a thing of the past, but has laid out plenty of excitement for the future. One thing specifically is the countdown to Geoff Johns and Gary Frank’s Batman:Earth One Volume 2. Last week before heading to San Diego, the author tweeted out to Batfans everywhere that he’ll be giving us a sneak peek into the book. 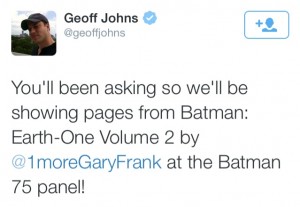 Sticking to his word, he also released a few sketches early. 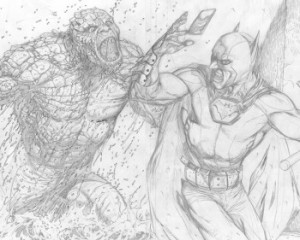 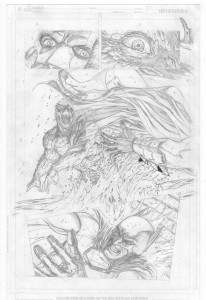 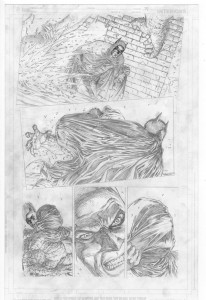 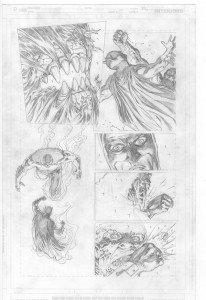 The book has been on DC’s schedule since March, when CO-Publisher Dan Didio told Comic Book Resources that the company will keep its focus on the “Earth One” graphic novels in the years to come.

“I think it’s very important, because it allows us to tell stories with our primary characters at a different style and pace than we normally do in the periodicals,” DiDio explained, stressing that these books were highly important to the creative teams’ work with DC. “They’re going in with that knowledge, so they’re able to pace themselves properly, and understand that this is what their primary focus is going to be. “

I loved “Volume 1” and simply cannot wait until the new book comes out, which is expected in 2015. I think to skip the monthlies and do one long story, once a year would be such a great way to create a new world based on decades-old characters. I just hope we don’t have to wait three years for Volume 3.

‘Batman v Superman’ Footage From SDCC Will Not Be Released Online

‘Batman vs. Robin’ Is NOT Based On ‘Court Of Owls’ & More Tidbits