Here is some good news and bad news, depending on how you look at it.  It has been reported that DC Comics and the Hollywood Chamber of Commerce are coming together to nominate Bob Kane for a star on the Hollywood Walk of Fame. What I thought was poor on DC Comics part was from what the source says Bill Finger (Co-Creator of Batman) was not even mentioned. 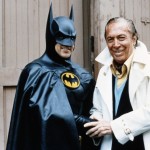 In fact, DC Comics published a short blog post on the news crediting Kane as the sole Batman creator. Comic Book Resources spoke to Marc Tyler Nobleman who wrote the book “Bill the Boy Wonder: The Secret Co-Creator of Batman,” a book biography intended to tell people the truth of Batman’s origins where people learn Bill Finger played a hugh part  in creating Batman. This is what Marc Tyler Nobleman had to say about Bob Kane receiving a star on the Hollywood Walk of Fame: 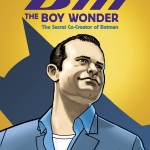 “‘The Dark Knight’ — the title of which is a nickname coined by Bill Finger, the main villain of which debuted in a story written by Bill Finger, the legacy of which is that it is one of the highest-grossing and most critically praised films of all time — has many hundreds of names in its credits, but none are Bill Finger. None of those people would have had that job if not for Bill Finger. This Walk of Fame star is yet another instance of Kane receiving recognition I don’t feel he deserves… unless Finger gets the same.”

Since his first appearance in the May 1939 issue of Detective Comics #27 – conceived of and drawn by a 22-year-old Kane with his frequent collaborator, Bill Finger, scripting the story – Kane’s Batman has gone on to become the star of comic books, Saturday afternoon cartoons, newspaper comic strips, radio shows, a live-action TV series, animated films, video games and several of the largest-grossing theatrical releases of all time. In short, Kane’s Batman is the most popular single superhero ever created.

I think it’s great that Bob Kane gets a star on the Hollywood Walk of Fame, but I think it’s poor on DC Comics for not at least giving Bill Finger some credit. I guess that’s how Hollywood works.