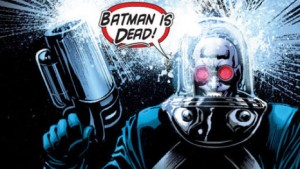 With the release of the Batman: Arkham Origins: Cold Cold Heart fresh in our minds I thought it was only appropriate to turn the Batman Breakdown focus onto the main villain of this latest piece of gaming DLC. That’s right today we take a look at one of the Dark Knight’s most complex and tragic villains, Mr. Freeze. Hopefully by the end of this article you’ll have discovered why even though he’s a bad guy, he’s still super chill. 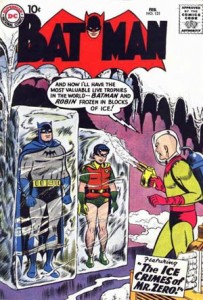 Created by Batman creator Bob Kane as well as David Wood and renowned golden age artist and Batgirl co-creator, Sheldon Moldoff; the character made his debut battling against the Caped Crusader in Batman #121 which was releases in February 1959 under the name Mr. Zero (as in Absolute Zero). He was used as one of Batman’s more humorous villains, wearing a purple and green suit (a popular colour scheme among golden age villains). Mr. Zero only had a few encounters with the Dark Knight and nowhere in any of them were his backstory, nor real name were revealed. Mr. Zero seemed to be nothing more than another ice themed villain, whose character was left woefully underdeveloped. 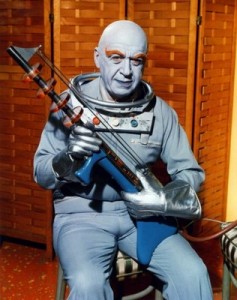 However this all changed when the character first appeared in the famed 1966 Batman TV where Mr. Zero’s name was changed instead to Mr. Freeze and even referred to by Batman as “Dr. Schimmel”.  During that series the character was portrayed by three different actors, (Eli Wallach, George Sanders, and Otto Preminger) in two different iterations of the costume, all of which however had moved into a more silver/metallic colour as opposed to Mr. Zero’s green and purple, which made allusions to the character’s need to be kept at a low temperature at all times. The character was also given a new origin (technically his first fully explained origin story) during his debut episode Instant Freeze. In that episode it is revealed that Mr. Freeze was an victim of a cryogenic chemical accident caused by Batman himself during an arrest, thus driving Dr. Shimmel to be the villainous and vengeful Mr. Freeze.

After the ’66 series had wrapped up the comic book version of Mr. Freeze was slowly updated over time, shifting his origin from being a product of Batman’s mistake to instead having been a scientist in development of an ice gun whose technology backfired upon him, causing him to need to be kept in a sub-zero environment to survive. His name was also changed from the ambiguous “Dr. Shimmel” to the now used “Dr. Victor Fries.” These changes as well as an updated costume continued to be used during the rest of the character’s sporadic run up until the early 90’s.  What came along in the early 90’s you ask? Well the incredibly influential Batman: The Animated Series of course.

Batman: The Animated Series is one of those shows that seems to really have had a massive impact on the world of the Dark Knight. Last time we learnt how it’s the series that gave us Harley Quinn, and this week we’re going to talk about how it’s also the series that defined how we look at another one of the Caped Crusader’s rogues gallery to this day. That’s right, the most recognized version of the Mr. Freeze origin story comes from the mind of Paul Dini and the world of Batman: TAS once again. 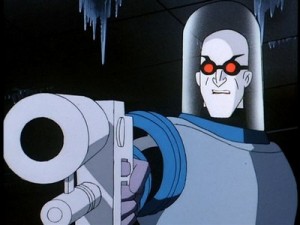 Mr. Freeze in The Animated Series

So, in the Emmy winning TAS episode, Heart of Ice, Mr. Freeze’s origin story is retold by Paul Dini, who changes the tale drastically. In his version of the story. Victor Fries is a scientist desperately trying to find a cure for his wife Nora’s terminal illness while working for a chemical development company called “Gothcorp.” Using his time and a large portion of Gothcorp’s money Victor has frozen his wife so that he has time to find a cure for her disease, all without telling his superiors who do not take his embezzlement very well and attempt to shut down his experiments, which would kill Nora. The encounter turns violent and Victor almost shoots the company CEO who kicks a table stacked with chemicals into Victor, which causes a Victor’s body to mutate. The mutation leaves him unable to survive outside of a subzero environment but also leaves him much stronger than before. Victor then builds his cryo-suit to keep him alive and develops an ice gun to use against Gothcorp’s corrupt CEO. This leads him down a vengeful and tragic path to becoming Mr. Freeze. Who despite all the crimes he commits is constantly doing them to save his dying wife Nora.

The Episode was one of the series most highly rated ones and won an Emmy Award for outstanding writing in an animation. Beyond that, it also proved to be incredibly influential on Mr. Freeze in the comic book world, where his origin was quickly changed utilizing more elements from Paul Dini’s version. In the post Crisis continuity (the most recent version of continuity before the new 52) Victor’s fascination with Ice was stretched to include a lifelong obsession with freezing things, including animals when he was a boy, leading him to become more of an outcast from his family. This updated version of Mr. Freezes origin has been used in series like Batman Beyond, The New Adventures of Batman and the Arkham Video games (Including the excellent Arkham Origins DLC: Cold, Cold, Heart). It’s even the origin used in what is, unfortunately, the most well known portrayal of Mr. Freeze.

1997’s Batman and Robin starred Arnold Schwarzenagger as a version of Mr. Freeze who’s main motivation seemed to be to make as many cold based puns as he possibly could. Or it was to freeze Gotham. One of the two. 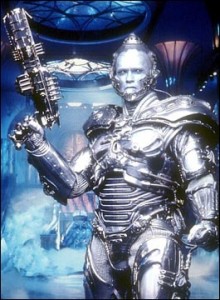 Reviled as not only the worst of the Batman’s films but also one of the worst films ever made, Batman and Robin is hardly a good place to look for an accurate portrayal of Mr. Freeze. However, I would be a poor guide on the grand tour of Mr. Freeze if I didn’t make a stop here to enlighten you, dear reader on the pitfalls and punography that for some reason made this terrible, terrible performance so memorable for so many people. Sigh. In Batman and Robin Mr. Freeze teams up with Poison Ivy and Bane to try and put an end to the Dark Knight Detective and take over Gotham by use of  some kind of giant deus ex machina in a giant icicle hideout staffed by henchmen dressed as hockey players. Arnold’s Mr. Freeze, as stated before seems to do little else besides shoot his gun and say puns, but for a film so terribly inaccurate about the rest of the bat-universe the film does surprisingly mention a cohesive telling of the Paul Dini inspired origin story for Mr. Freeze. Nora Fries is even seen in the movie, suspended in ice just like in the comics. The movie was a disaster, coming off of the heels of the poorly reviewed Batman Forever, Batman and Robin was blasted by critics and avoided by audiences and was blamed by many for the downfall of the superhero movie (although it wasn’t gone for long it was only 5 years before the likes of Spiderman and X-Men brought the comic book movie back). However it remains staunchly, infamously bad in the way that it actually becomes hilarious to watch. Which all makes Arnold’s version of Mr. Freeze a hard one to forget. 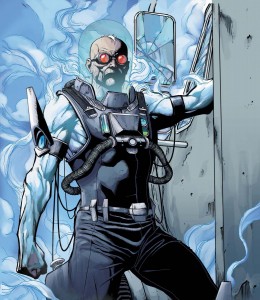 But back in the comic world The New 52  continuity’s Mr. Freeze’s origin has been changed yet again.  This time his fascination with ice stems from an accident that befell his mother as a child. Mrs. Fries fell through the ice on a frozen lake which froze her body long enough for her to be rescued, however it was an accident that left her with permanent nerve damage and caused her constant pain. This lead to a young Victor ending her suffering by pushing he into a lake to drown. The story, told in Batman Annual #1 then goes onto explain how Nora is now no longer Fries’ wife, instead a terminally ill patient named Nora Fields who was frozen decades ago by her family until a cure could be found. It is then young scientist Victor Fries who falls in love with her while she is frozen and convinces himself that she is actually his wife when in fact she has never met him. This is revealed after a similar accident to previous versions of the story causes victor to turn into Mr. Freeze. The New 52’s version of Mr. Freeze is younger and features an updated costume as well and has been seen having several interactions with the Court of Owls who have used his technology to help awake their Talons more efficiently.

Mr. Freeze is a character who’s origin story has changed many times, as happens to many comic book characters whose origin is not quite set in stone. But all through his many incarnations Mr. Freeze has had his Ice Gun and superior strength which he uses to commit crimes and provide a unique and deadly challenge to The Batman. Say what you want about him, but Mr. Freeze is a cold calculating rogue who’s earned his place among the roster of Batman villains we love to root against. Whenever he pops up on the page or screen I think we can all agree that it’s very ‘ice to see him. Amiright? 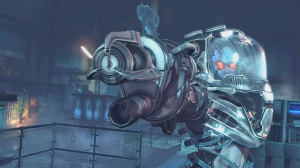