We’re all waiting in high anticipation for Rocksteady’s release of Batman: Arkham Knight. Arkham Origins left many questions unanswered, questions that one can only hope Rocksteady is going to answer in the near future. 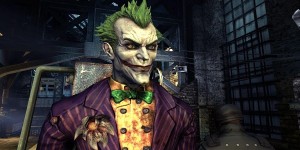 Is the Joker really dead?

I mean, come on. It’s the Joker! He’s the jelly to Batman’s peanut butter. Sure, the rest of Gotham’s villains matter, but when I think Batman, my next thought is the Joker. How can he be dead? It just doesn’t seem logical.

What other villains can we expect?

Okay, so we’ve seen the trailer. We see Harley, The Penguin, and Two Face. That makes 4 villains, all well-known. And of course there’s the mysterious Arkham Knight, whose identity is still unknown – and probably will be until the release of Arkham Knight. Scarecrow could be hidden amongst the haze, too. That’s not a bad ensemble of bad guys, and with Rocksteady’s history in the Arkham universe, they would do really well with just these 5, possibly 6 villains. But is that really it? 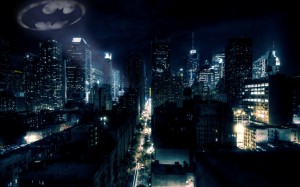 Is Gotham still going to be empty?

If you haven’t played Arkham Origins, then beware for slight spoilers.

If you HAVE played Origins, then you know that Gotham City was dead. There was Batman, super villains, and random thugs all throughout… And that was it. Sure, it was around Christmas time, and you’d think everyone was nestled in tight in their homes, but even in a city as small as my hometown, the streets are still not completely empty on Christmas Eve or Day. Which leads us to, can we please have civilization back in Arkham Knight? 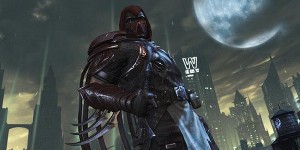 What did Azrael mean?

In Arkham City, you run into Azrael, and his words are ominous and make you think, “Wha…?” If you haven’t played Arkham City, or just don’t remember, this was his message:

I bring a message: dark days are coming, Batman. The Prophecy is coming true, you are the warrior who will close the gates of Hell, you are the one who will save this day, and in doing so, events will occur that you cannot stop, from the ashes of Arkham the fires will rage and Gotham will burn, and you, you will burn too.

Which leads into my next question… 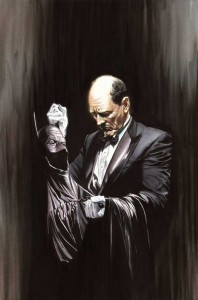 Is the Bats going to die?

Personally, I think this concept would be a little far-fetched and might give Rocksteady some unpleasant fanmail. Then again, Azrael did say Batman was going to burn. He could have meant that his reputation would be destroyed, and then we’d see another Christian Bale situation where Batman disappeared and Bruce hid away, being an emo child. But what if he meant Batman would be killed? The thought makes my inner child cry, so I for one am going to hope this isn’t in any of Rocksteady’s blueprints for Arkham Knight. 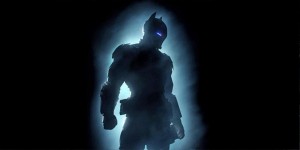 Who IS the Arkham Knight?

This question bugs me the most. You might think Batman’s fate would be more important, but I don’t like Batman impersonators. At least not the potentially evil kind. I’ve got my theories on who is donning the makeshift Batsuit, but it really could be anybody. Jason Todd, The Riddler, some random thug. Whoever it is, they have some major cojones to step into the suit and wreak havoc in Gotham.

For more questions and more in-depth responses to these questions, be sure to check out the source link below!

‘Zack Snyder’s Justice League’ to Be Released in...