Spoiler Alert! Images have surfaced of the upcoming Batman Superman #8. In this issue we see that Huntress is (Robin in Earth 2 comic ) caged in the bat cave talking to Batman. She is asking for his help and tries to explain the crazy story of what has  happened to her. 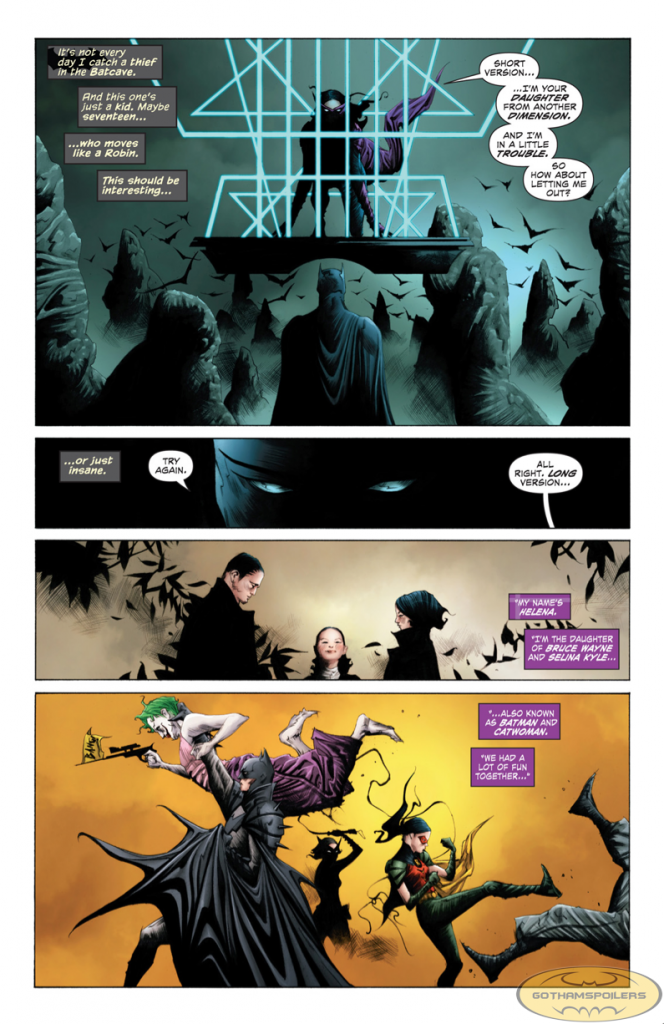 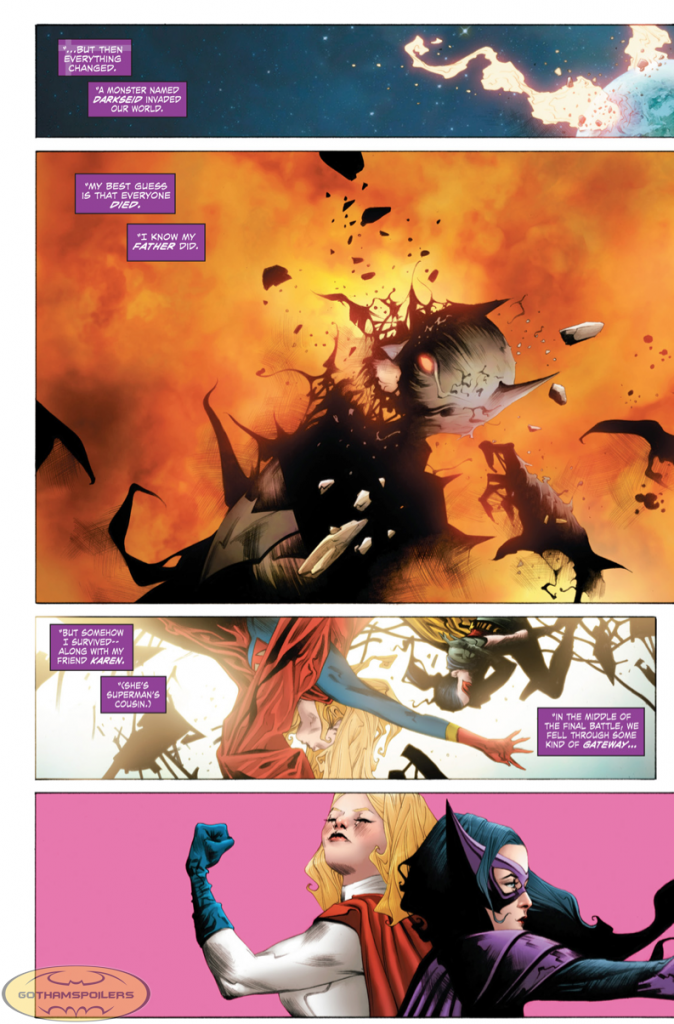 The Worlds’ Finest teams of two worlds meet at last in chapter 1 of ‘First Contact’! With Power Girl’s abilities on the fritz, see what happens when her long-lost cousin Superman approaches her! And a major threat returns in a way you won’t believe!

I have been reading this since issue 1 and I’m not a big fan of it. The only thing that makes me come back to this book is just for Kenneth Rocafort’s work. He work is different by far from most artist working in DC Comics right now. I’m not sure where the writer is wanting to take this series but for I hope it’s compelling enough to keep me interested in continuing to buy it.  That being said Batman Superman #8 hits stores  2/26/14