Remi Noel, a French photographer and creative director, keeps his son’s Batman figurine with him when traveling, in order to alleviate loneliness.

Perhaps this might seem ironic, particularly because Batman is a character that is immersed in loneliness; rather, how could such a lonely figure/character mollify the loneliness of another fellow?  Perhaps when one travels alone, he or she adopts an individual-specific air of traveler’s loneliness, which can be seen as congruous with the loneliness that presumably permeates Batman’s psyche.

However, despite my own suppositions, Remi actually did not intend to evoke solitude when he set out to produce photography of his son’s Batman figurine, which he brought with him on a trip to Texas.

The photographs are monochromatic in color, but are vividly evocative of…well, you can decide. 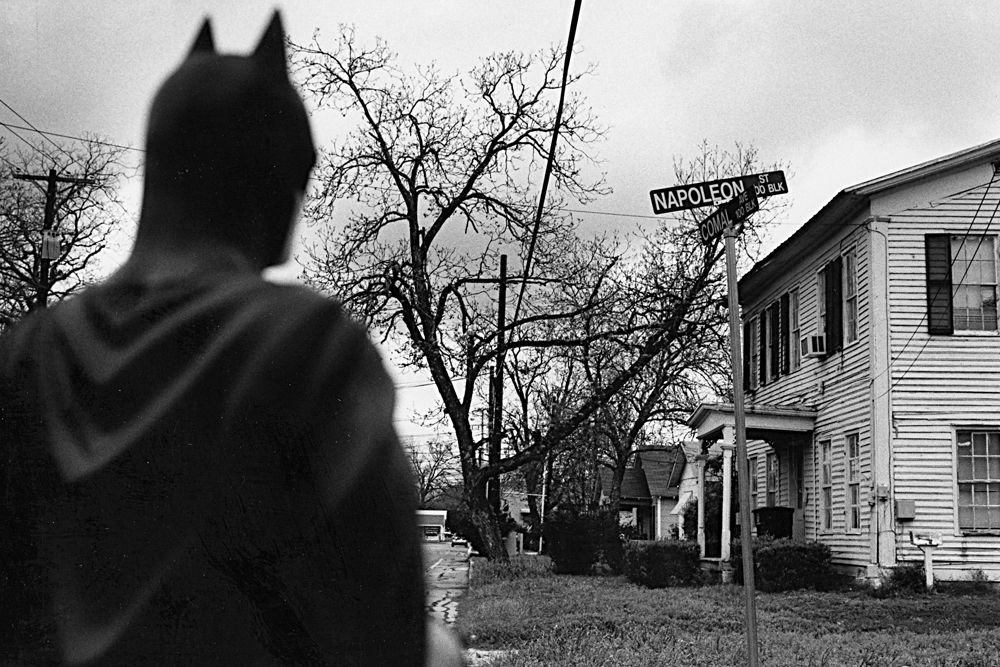 A strange man in a strange land…

Regarding how these photos were born, Remi says:

I did a photo, then two, then three, and it became a series…Indeed, since I go to the United States by myself, I take Batman with me to feel less alone. And I take him out; I set him up in scenarios. 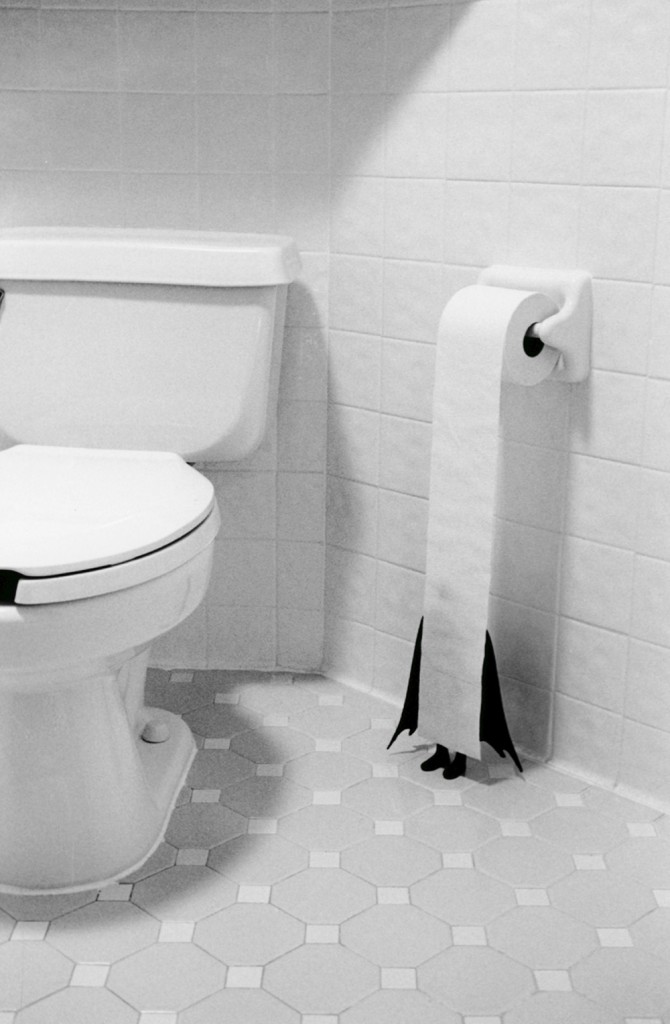 Even Batman must wipe. 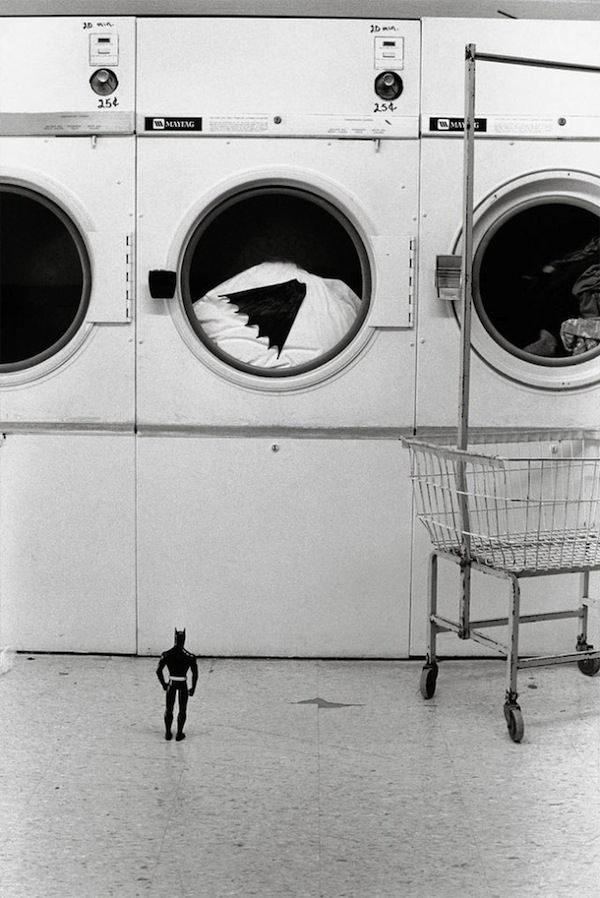 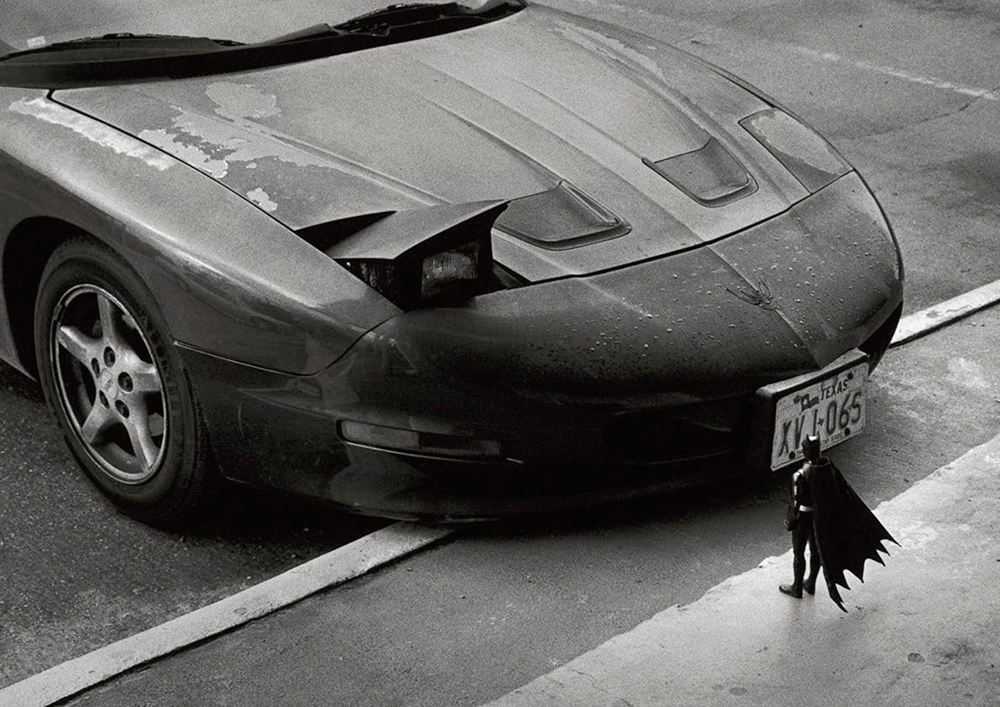 It is unconsciously that I’m presenting a “lonely Batman”…And, in fact, he is not [lonely] since he is traveling with me. 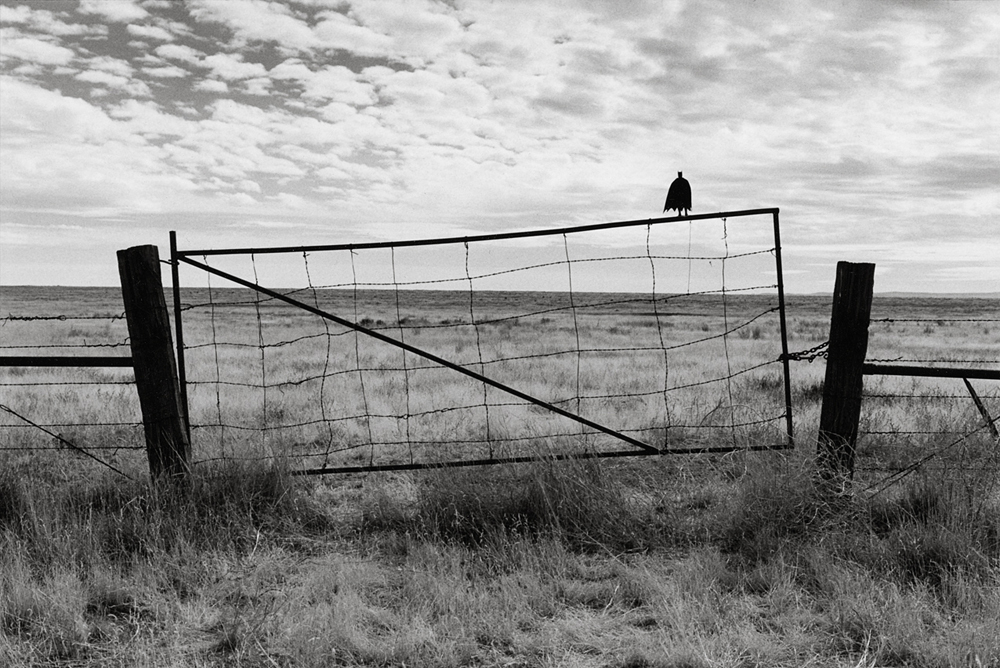 Released by French publishing house Poetry Wanted on May 16, 2013, the Texas edition of This Is Not a Map features photographs of Remi Noel’s Batman figure.

The following is a description of the “map:”

This is, without a doubt, the least precise map of Texas in the history of Texas. Though a less-than-stellar student in geography, French photographer Rémi Noël has been obsessed with the “America” of Jack Kerouac, Edward Hopper and Robert Frank since his early school years. And Texas, with its endless highways and fleabag hotels, is the perfect setting for Noël’s playfully poetic tableaux. The 34 images presented here were taken during four trips to the Lone Star State between 2004 and 2012. From Houston to Marfa by way of Dallas, Noël and a plastic Batman (his only travelling campanion) crisscrossed the State in search of relics of the “timeless America” that inspires Noël so.
An advocate of “old fashioned” photography by pure circumstance, Rémi Noël works exclusively in silver film; none of the photographs presented here have been electronically altered.

Ah, to travel with Batman…what a lucky man!

Sources: CNET, This Is Not a Map