All Covers For Detective Comics #27 Revealed

Someone got their hands on all of the variants for Detective Comics #27, a mega issue celebrating Batman’s 75th anniversary, which they posted today on the CBR forums. The variant with Catwoman on the front was done by Frank Miller, but as it turns out, was not created specifically for this issue of Detective Comics. It was instead an unused variant cover from Jim Lee and Frank Miller’s All Star Batman and Robin. While using unpublished covers from previous projects is a reasonable thing to do, it does suggest that there were some logistical problems between DC and Frank Miller — Miller may have intended to do an original piece for the issue but was somehow unable to do so, which DC only realized after already having sent out the cover solicitations. Either way, the issue has a fantastic creative team behind it, and is bound to be a memorable tribute to the 75th anniversary of the Dark Knight. 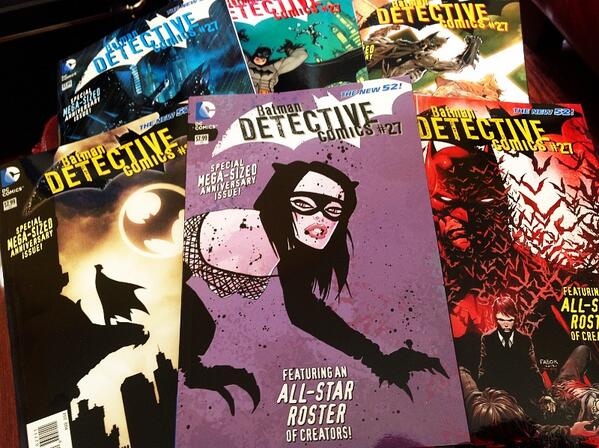 The revealed picture on CBR forums. 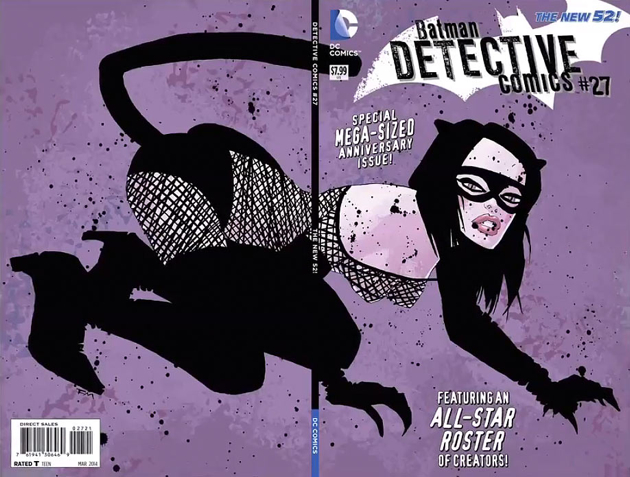 A closer look at Miller’s Catwoman variant cover. Although I think we can all agree that the tail appears to be attached in a rather unconventional place…