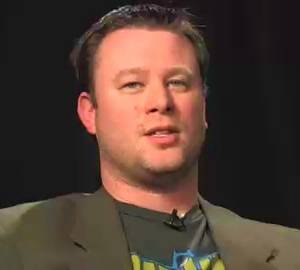 Last week we showed you the first teaser image for DC’s new weekly series Batman: Eternal and told you how it was riddled with hints and clues (check out the things our own Carlos Cabaleiro picked up on here.)  Since then Newsarama got a chance to speak to Batman group editor Mike Marts on the subject, and while he wasn’t saying too much, he did drop a few more tantalizing hints.

Newsarama: Mike, there’s a conspicuous glint Batwoman’s right ring finger. Engagement rings are worn on the left in North America (though there is a movement among gay couples to wear it on their right hand as a call for equal rights). What can you say bout the glint and Batwoman’s role in Eternal more broadly?

Mike Marts: The glint on Batwoman’s hand isn’t a mistake in the coloring… all I can really say at this point is that not everything that appears to be shiny is necessarily shiny. Expect some bumps on the road ahead.

Nrama:  James Tynion told us on Twitter that we haven’t met the woman at the head of the table (and that she’s not Tam Fox). Anything you can say about that here and is there anyone else in the image we have not met yet?

Marts: The woman at the head of the table will definitely play an important role in Batman Eternal. And James is right — she’s NOT related to Lucius. Though she might be related to — ah, I better shut my mouth.

Nrama: Blondie next to Tim Drake – a post-Forever Evil/new ID Dick Grayson, or Calvin Rose, or Harper’s brother lead the speculation pack. Can you add anything to the mix?

Nrama: Follow-up: There are obviously characters you might expect who are not in the image – if that’s not a blonde Grayson, then him chief among them. Carrie Kelley’s also conspicuously missing, not to mention Bat-Cow! How much should people be looking for who and what are NOT there?

Marts: The simple answer is that if someone is noticeably absent there’s probably areason for their omission.

Nrama: The bones at the front of the image. There seem to be at least four sets of remains – possibly as many as six skulls. Are these deaths that have already occurred, or deaths that are being foreshadowed? What bones can you make of the bones?

Marts: Yes and yes. The bones are significant. Good catch!

Nrama: So both. Interesting. There is also some background imagery that stands out, particularly the rose bush on the left and ivy growing up the house on the right. Do these have any significance or are they just scenery?

Marts: Readers should play close attention to the foliage in Gotham — no matter the season!

Nrama: Detective Bullock sure seems to be arresting/leading a detained Commissioner Gordon in handcuffs here. Professor Pyg is holding model trains. A pot full of bandages makes us think of Hush. And of course an owl overlooks everything. Does any one of these images stand out to you has being something fans should focus on?

Marts: Gordon is definitely a central figure to the core storyline of the Weekly. And without being too vague (I hope!), any and all elements on this art piece could be potential clues to future storylines! (Okay, I guess that was pretty vague…)

Nrama: The floating icy object in the background. Fans are speculating it is either the Iceberg Lounge or something to do with Mr. Freeze. And why is it so far away, off in the distance? Can you share any insight on that one?

Nrama: Finally, Batgirl’s gaze – she’s either looking very hard at Batwing, Catwoman, or the reader – and she’s not the only one who is possibly looking at us, with Joker’s daughter as well.  How much of people’s lines of sight plays into the story, and how much is merely from the source painting?

Marts: Lines of sight do play an important part in this image. Pay attention to who’s looking at who!

There you have it bat-fans. It seems DC is planning on celebrating Batman’s 75th in a huge way.  Have you all deciphered all the clues yet? Let us know what you think will be coming.