The Superman vs Batman Movie Is Further Along Than You Think 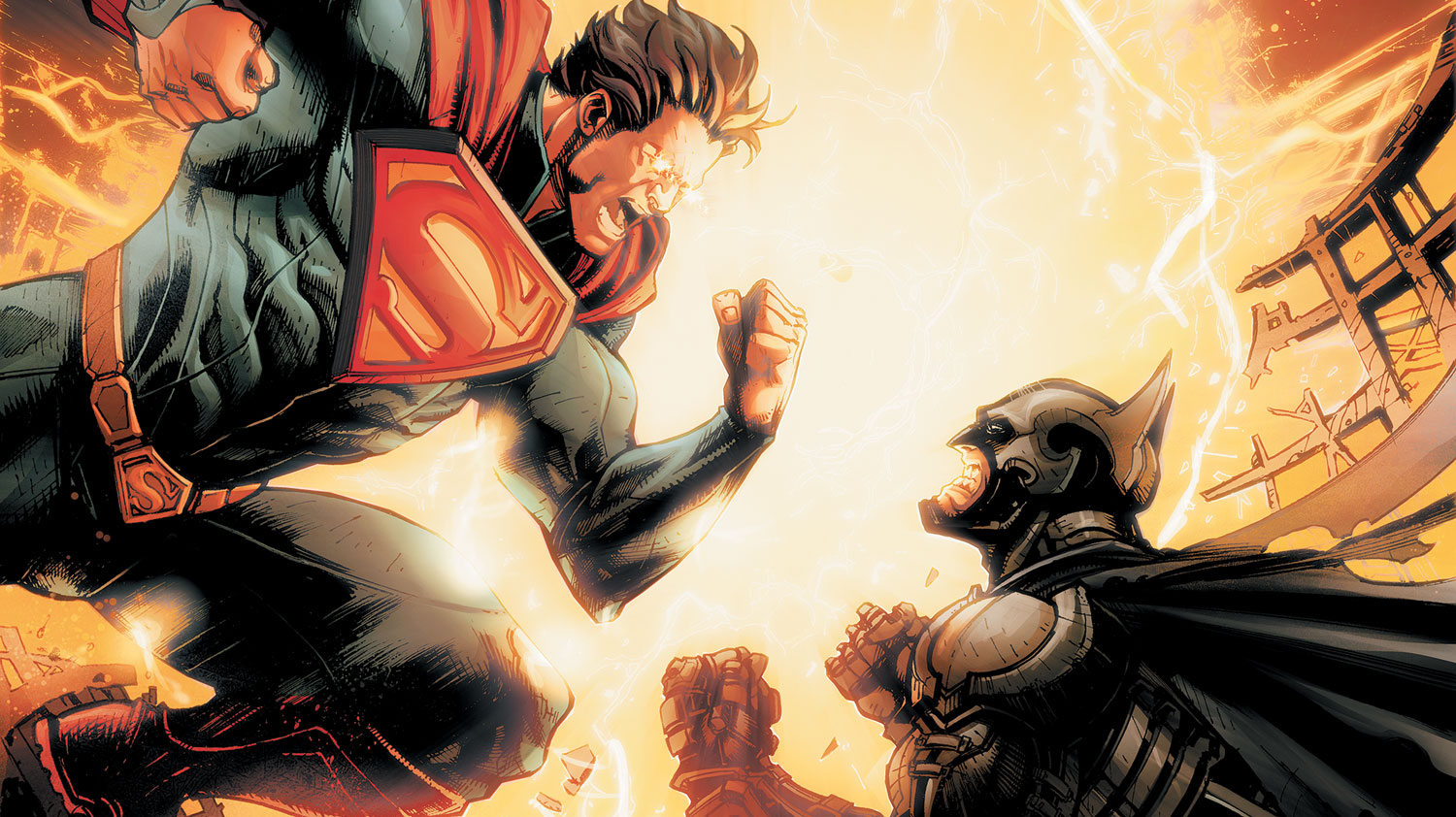 David S. Goyer sat down with the Associated Press to talk about the upcoming Superman vs. Batman movie. He notes that that they are currently a little more further along in making the movie than fans realize in terms of hammering out the script and preparing to film.

One of the things that has been fun for us, is we’re a bit a further a long than what I think people realize.From a fan point of view, we’re conscious of that when you’re working on these things, but you can’t let yourself be paralyzed by that. At the end of the day you still have to create something. And if you try and think, ‘Well what would the fans like’ then you stop being creative. It’s sort of like where does it end? You have to write the story that you want to write, and hope that people want to see it.

He also talks about the time old debate, that has gone on forever with no clear cut answer. Who would win a fight; Superman or Batman? Now, ignoring the fact that I write for a website called ‘Dark Knight News’, and obviously I would be in Batman’s camp, you need to really think about the fight. Superman is unto a God in a world of men. Batman, despite all his insane training and strategy, still would be ripped in half at a second’s moment without any hesitation if Superman decided to fight full blast. Goyer talks about this, in so much as who would win in a fight, and how he doesn’t let fans influence his story.

Most comic book purest would says Batman because he is the ultimate strategist. Even though it makes no sense what so ever. If Superman just flicked his finger Batman would be done for. You’ll have to watch the film in a year and a half or what not when it comes out, to see what happens.

He’s absolutely right. Clark Kent could flick Bruce Wayne’s forehead and his head would fly off his body. He does not let favoritism by the fans decide how a fight would go, otherwise I’m fairly sure Batman would win with a super power that can only rivaled by Wolverine, and that’s the power of popularity. We’ve seen how Batman would plan to take down Superman in the comics. Tower of Babel, Hush, The Dark Knight Returns, Superman/Batman, Justice League, etc. However, all of his plans hinge on a single fact. Superman holds back, and Batman doesn’t. So is that how Batfleck will fight the Man of Steel in this upcoming movie? I’m not sure. What do you think?